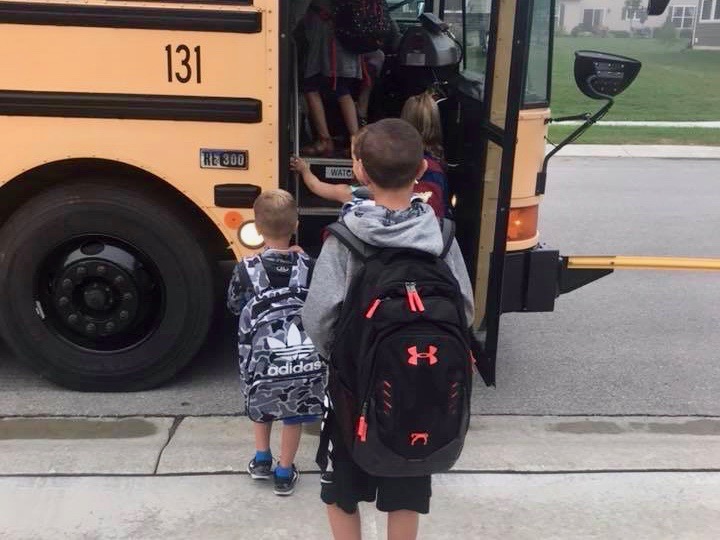 People who remember the cloak room or folding a piece of paper into eight sections probably started kindergarten in the fifties like I did. That was an era when parents were more ghosts than helicopters and when The Teacher’s word was respected and feared.

My youngest grandchild starts kindergarten next week. Here’s hoping he gets a loving teacher who understands that young children learn best in a play-based kindergarten.

I started school in Detroit at Maccullough Elementary, about six blocks from our house. I remember it as an old red brick building with doors at either end. Right after Labor Day in 1950, a few days before my fifth birthday, I walked there with my mother. I held her hand tightly. In my world, no one went to preschool or childcare. I’m not sure what I did for five years. I think I just played, as in “go outside and play.” Aside from being left in the Hudson’s Department Store play area while my mother and aunt shopped, or in the care of my aunt or grandparents, going to kindergarten was truly my first step away from my home. It was a huge deal. But parents didn’t really worry very much about children’s feelings in the fifties.

Back then, there was a rhyme that greeted kindergarteners, 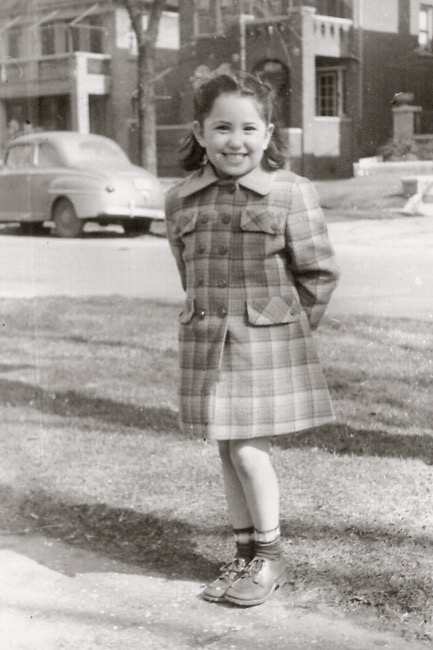 It didn’t make any sense back then and is pretty mild as teasing goes these days. But it ran through my mind as my mother took me to school that first day. I remember her handing me off at the door. I was terrified but knew enough not to embarrass her by crying. The teacher seemed nice enough, but there were so many rules. The room smelled of chalk dust and Spic and Span. Aside from the cloak room, I have very few memories of what we actually did in the few hours a day I attended kindergarten.

The cloak room, however, is a metaphor for all of my fears about starting school. It was a huge, open closet filled with hooks for our jackets, but it doubled as a place of banishment for bad behavior. Rumor had it that children sent there for not complying were somehow attached to one of the hooks to ensure they wouldn’t leave until their punishment had ended. I’ll never forget a red-haired boy named Mark B. because he spent so much time in the cloak room for various infractions. Is it possible the teacher really attached him to a hook by his shirt? Hopefully not, but that’s how I remember it. Being sent to the cloak room was a fate I avoided by keeping my head down and saying nothing. Great start to elementary education. 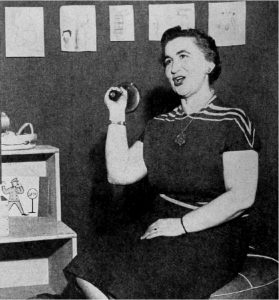 My own kids went to a play-based preschool before they started kindergarten back in the late seventies and early eighties. As an educator, I was disappointed by their kindergarten experience. It was a half-day hybrid of attempts to learn to read a few words, “writing” using invented spelling (none of them could decode what they had written), music, and free play. They still had a housekeeping play area, art easel, and dress-up clothing. The teacher was pretty old-fashioned (Anyone remember Miss Francis from Ding Dong School?), and all three of my kids stood in long lines to have her inspect their “work.” She chastised my son for coloring outside of the lines, and told my older daughter (a child not yet five whose fine motor skills were still developing) she should try harder to print neatly on paper with no lines to guide her efforts. With my youngest, all I remember is her being punished for flushing the baby cow down the toilet. 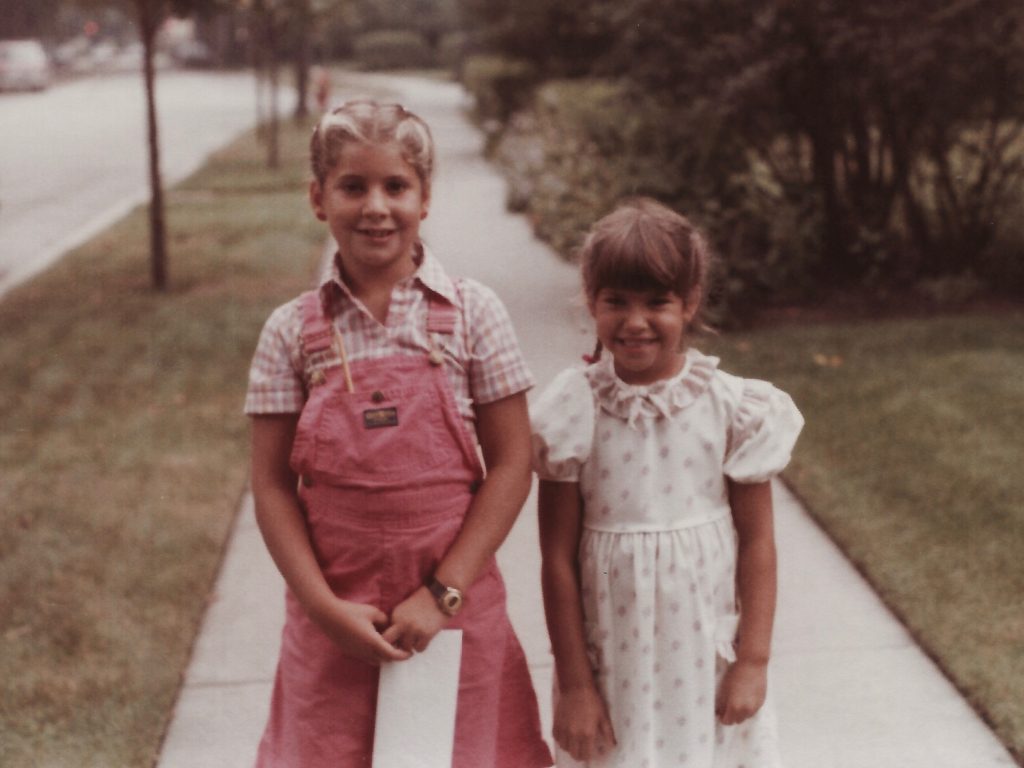 I had high hopes things would be better for my grandkids. If anything, they were worse. With a full day to fill now, kindergarten was more like first grade had been for my kids. Unfortunately, child development doesn’t change and having unrealistic expectations only makes children feel like failures at five. One of my grandsons, a generous, creative little boy, started kindergarten when he had just turned five, making him the youngest boy in the class. I hoped school would bring him as many happy moments as the Star Wars backpack he proudly carried would hold. At the same time, I worried about the demands of formal schooling, given the trend since Bush’s No Child Left Behind, followed by Obama’s Race to the Top, for setting unrealistic standards and developmentally inappropriate expectations for young learners. Would kindergarten crush this free-spirited and rather young boy? 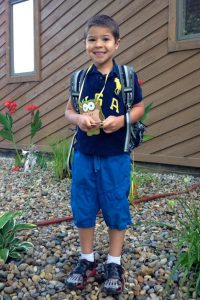 Son of the “cow flusher”

My grandson had three specific questions at the start of school:

1) Will my teacher be nice?

3) Do they have a tiger robot in their toy area?

Of course, cookies were out because snacks needed to be healthy. Sadly, there were no toys, so tiger robots existed only in his imagination. But things began well enough and he seemed to love his teacher. On the first day, she taught my grandson what was to become the highlight of his kindergarten year, the Ants in Your Pants song. She had them sing this to relieve the restless tension they all felt from too much sitting and too many worksheets. At first the song seemed to do the trick.

As the year progressed, while his teacher was nice enough, she was also bound to a curriculum and expectations, complete with homework, that would have been challenging for most first graders. Her evaluation as a teacher would be based on how well these five-year-olds learned the prescribed curriculum, as measured by tests. So, while things began happily enough, kindergarten soon devolved into a high-pressured school experience that required external motivators to keep these young learners in line. And every week homework packets filled with developmentally inappropriate tasks were stuffed into his Star Wars backpack. My grandson felt betrayed. Somehow, Darth Vader had slipped into his kindergarten experience. 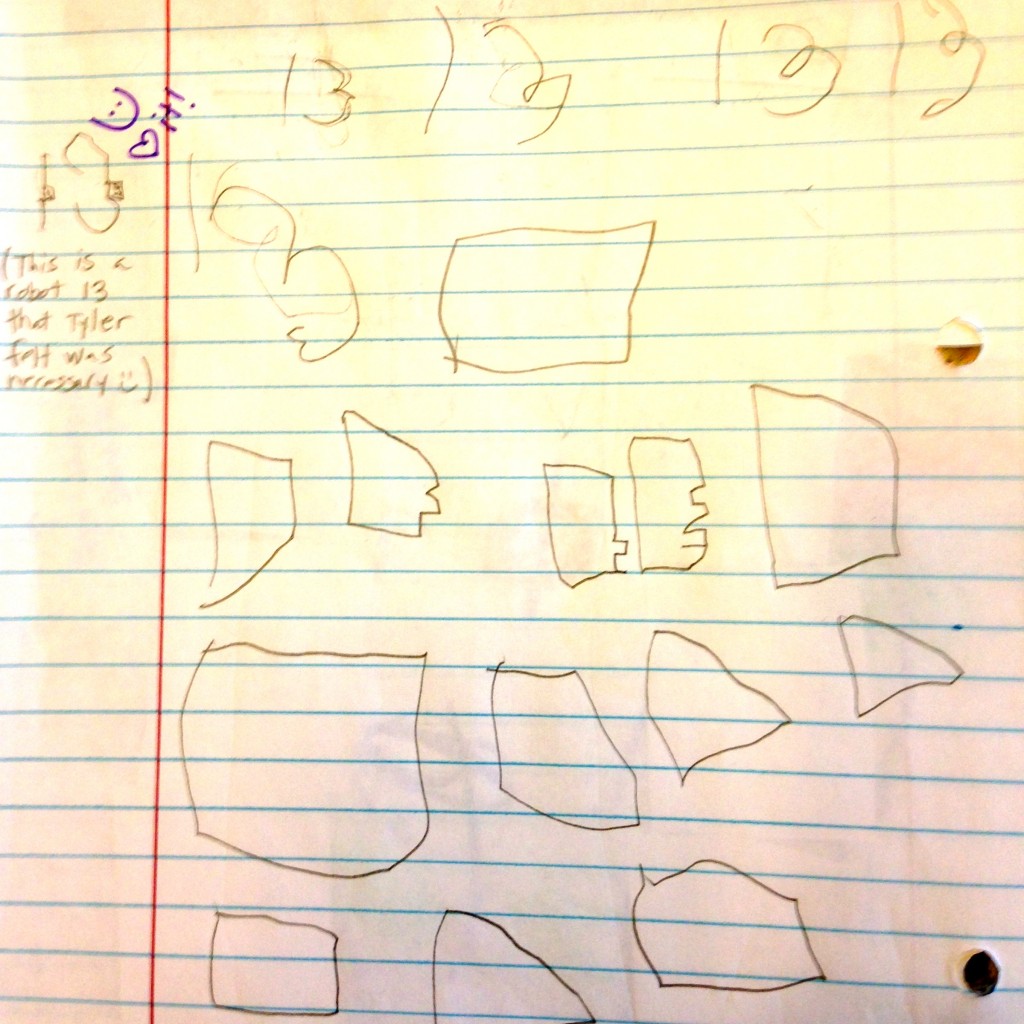 Math homework: “Write the number 13 five times in your notebook. Be sure to use the finger space between your number 13’s. Say the name of each number after you write it. Draw 13 squares in your notebook” He couldn’t resist turning those boxes into robots.

The first public kindergarten started 146 years ago in St. Louis, Missouri. It was based on the model created in Germany by Friedrich Froebel, a “kindergarten” (a garden of children), in which teachers served as the “gardeners.” In his program, young children learned through play rather than being drilled on facts. Perhaps the kindergartens of my and my children’s childhoods weren’t exactly play gardens, but they were typically a part-day experience designed to help children acclimate to a formal school environment. The main lessons were to learn to behave, follow directions, and get along with other children. This was by no means perfect, but it was better than today’s pressure cooker.

As an early childhood educator, I firmly believe that play is the work of young children. Children learn by doing, creating, and exploring. Memorizing facts, drilling children to take tests, and trying to teach every young child to read begins far too early in our society. The sad result is the loss of play and fun in the lives of many children. As the wise Fred Rogers said,

When we treat children’s play as seriously as it deserves, we are helping them feel the joy that’s to be found in the creative spirit…It’s the things we play with and the people who help us play that make a great difference in our lives.

My youngest grandchild starts kindergarten next week. After several years in childcare, he’s far readier than kids of my generation were. Still, he’s a young boy who deserves an experience better than mine or his father’s, who got to play but was criticized for coloring outside of the lines. Here’s hoping he gets a loving teacher who understands that young children learn best in a play-based kindergarten.

10 Responses to Kindergarten over Three Generations