Prompted By In the Band
3 comments. 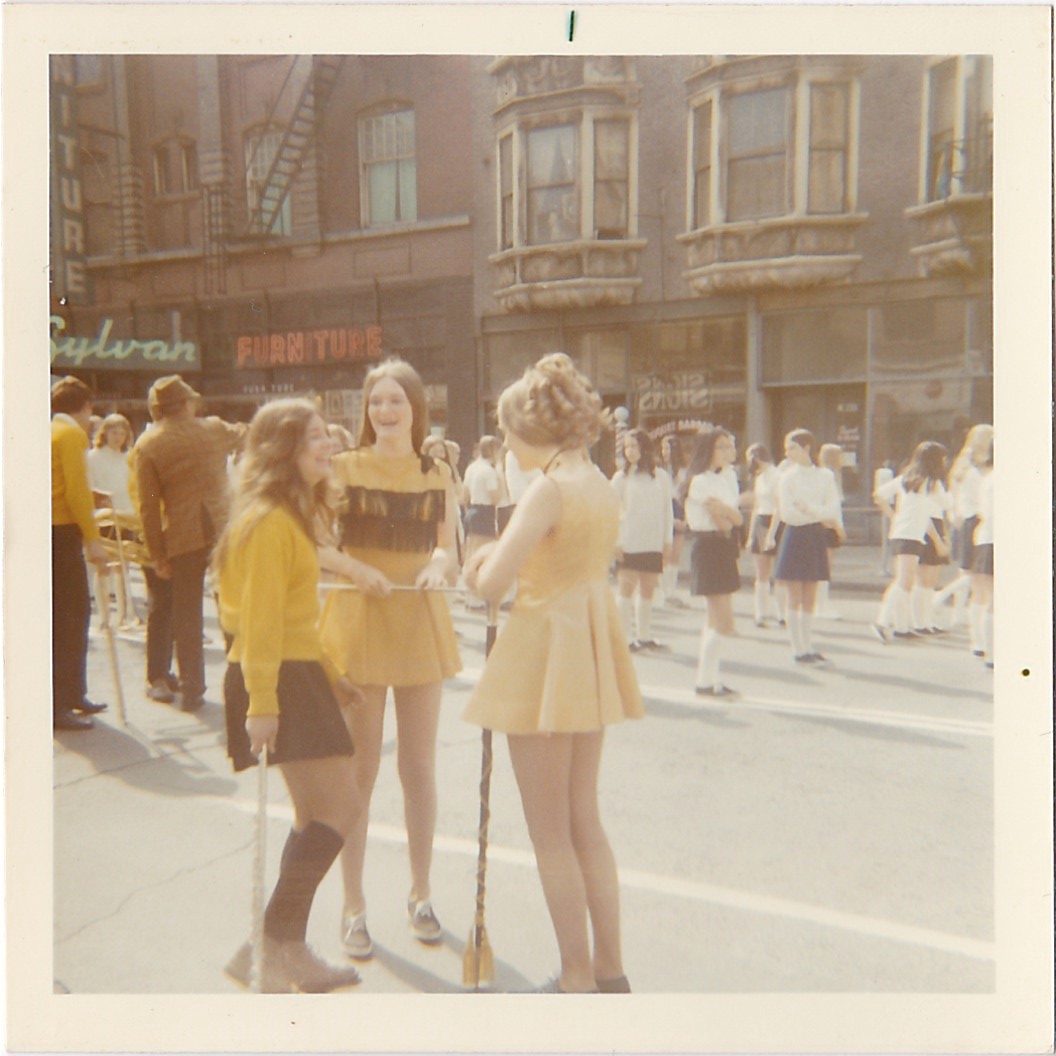 Conferring with the majorette in anticipation of the parade.

In high school I was elected Drum Major.  Humbly I also submit that in senior year I was voted president not just of band but also of choir.  Because, you know, I was destined for greatness like that.  Or shall we say, the One Most Likely to Volunteer for Everything.  Setting a lifelong precedent, hmm.

I paraded down Main Street with the highest hair and highest hemline I could muster.

Two big jobs for drum major.  The first was to lead the band in the annual Lilac Parade.  Each of the city’s junior high and high school bands marched in the parade.  We always hoped we would be placed in the lineup ahead of the mounted horse patrols.  Groups of guys dressed as clowns followed each of the equestrian groups, with little pans and brooms.  But they usually missed a few stray calling cards.  And when marching you weren’t supposed to look down.  Mostly we came through the 2 mile parade route with clean shoes.

My mother sewed my outfit.  The school colors were purple and gold, and my dress was gold satin.  Ours was a very religious household and I was painfully modest.  So it surprised me, when it was completed, to realize how short the skirt was on this little number.  It sported a little stand-up collar and in the front she sewed on rickrack in a square pattern to simulate a military style.  This was also an era when we experimented with clip-in hairpieces.  So I paraded down Main Street with the highest hair and highest hemline I could muster.

The other job for drum major was leading the band at football games in the stadium just outside town. The band would be seated close to the field, and I would spend much the game standing on the bottom bleacher looking up at the band with my back to the field.  I was so proud the first time I directed the school fight song, getting everyone’s attention and leading successfully with the baton.  At the end our band director tapped me on the shoulder and looked at me with half a smile.  Expecting to be congratulated, instead he said “you know, when you’re standing near the edge of a football field during a game, you probably shouldn’t blow your whistle to get people’s attention.”  We didn’t use the expression then, but…duh.

Band was a wonderful theme for my life, from the third grade when I picked up a flute, to the end of my college years majori 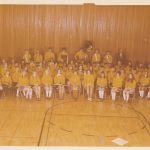 ng in music.  It was my musical outlet but far more important was the social group it provided.

3 Responses to Leading the Band