Prompted By In the Band
10 comments. 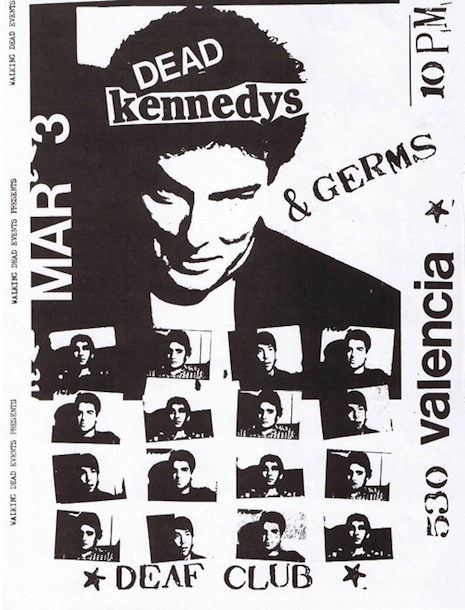 I’ve played music alone with a guitar and in concert with bands, ensembles, and pit orchestras. I played folk music in Boston and bluegrass in Appalachia. I’ve been part of a minstrel show, the S.F. Mime Troupe’s “Civil Rights in a Cracker Barrel,” a show that tore into the still-buried racist stereotypes of the mid-60s.

I’ve played in theater bands, cabaret-style, where the musicians sit on stage and interacts with the performers. I’ve played on the streets in Boston and Boulder and San Francisco, up ghostly, moonlit marble staircases to all-night cabanas in Cuba, in Saudi-fueled, oil-boom hotels in Houston, and a ramshackle paradise inn on Catalina.

In Ghirardelli Square, during the post-Vietnam recession, the Road Crew, our raggedy folk-rock blues band posed for the first Japanese tourists I had ever seen. I was reminded of the slide show tours of Europe that our neighbors took years earlier, where my pals would pose with a little Dutch girl, a French gendarme, an Italian boatman while dad clicked the Kodak. Now, in Ghirardelli Square, our quaint American street band posed with two little Japanese kids for a pic, destined to be archived in the family slide show. The times were changing and Japan had cornered the shipbuilding market.

About that time, I was gravitating toward jazz. San Francisco was a great city for bebop; I drifted toward the jazz cats and began studying the upright bass in earnest.

In jazz, the concept of “in a band” changes. Because jazz stems from a canon of tunes called ‘standards,’ and because — to play jazz, you must learn these standards, a practiced jazz player can play with any other jazz player any time. Built on tempo, structure — rhythm or blues, a 32-bar construct, e.g., rhythm, from “I Got Rhythm,” or blues, a 12- or 16-bar construct, e.g., “Johnny B. Goode —  and its own parade of chord “changes,” each jazz standard, no matter how frequently played, offers infinite improvisational possibilities. The players spun like dervishes, and the music flowed like nectar.

Of course, players would congregate and form ensembles where  arrangements, segues, and grooves tightened from repeat performances. Having said that, I want to recount my impressions of one band and one club and one gig.

Not surprisingly, the Thelonious band was obsessed with Thelonious Monk’s compositions. There was so much to absorb, not only from Monk’s prodigious repertoire, but from the complexity and depth of every Monk tune. Odd, that such apparent simplicity held so many labyrinths of [dis]harmony and tempo. With a Monk tune, nothing is as it seems.

For over a year, the Thelonious band played every Friday and Saturday night at Ray’s, a little club in North Beach, right up from Broadway and Columbus and around the corner from Carol Doda’s strip club. We played there for so long, I missed all the original performances of Saturday Night Live with its iconic cast. Afterward, people would tell me what I had missed, but it was okay; I was playing jazz in North Beach.

Ray’s was owned and operated by the world’s grumpiest bartender. In North Beach, Irish coffee is one of the central tourist attractions, an iconic potion that combines the mythos of Bushmill’s and a boho caffeine fix. Ray wouldn’t make coffee drinks and he’d kick you out if you complained about it. What a son of a bitch!

Ray’s baditude meant nothing. The club was always packed. The sidewalk outside and above the club swarmed with tourists, North Beach night owls, and euphoric freaks. Ray’s accidental patrons tumbled in the doorway and down the stairs, replacing their ousted counterparts in an endless parade. The atmosphere thickened after 10 pm, with us playing Monk’s anti-gravity compositions, smokers generating a butt-smoked haze, tourists turning off the hipsters. I could look down — through the red of the stage lights — and see smoke puff out in rings from the drummers hi-hat, slapped together on bebop’s back beat.

The Thelonious band took its breaks in the alley. We’d stand in the circle with a few invited guests, including Harold, our ever-present jazz elder, a hipster from the Bronx; Harold loved our music and we loved him. Our drummer didn’t smoke dope, so, when the joint came his way, he would say “No, thanks, man. I don’t smoke.” The muggle tender would reply “oh, right, sorry, man,” and reach across Barry to the next tokesperson. This same ritual would happen three times per break, three times per night, without fail. Nobody ever remembered that Barry didn’t smoke, no matter how many times he said “no thanks, man.”

The Thelonious band had a second gig, Thursday nights at the Deaf Club on Valencia Street in the Mission. Ironically, the Deaf Club, a meeting place for the hearing impaired, also rented out the upstairs complete with stage and dance floor, to a producer named Hanrahan. In its short life (curtailed by the cops for its horrendous decibel levels) the Deaf Club featured nightly concerts and mosh pits propelled by the best of the exploding punk scene — the Offs, The Mutants, Pink Section, Dead Kennedys, the Avengers… and the Thelonious band.

Hanrahan hired our all-acoustic quintet — trumpet and soprano sax, piano, bass and drums — as a novelty act. After one black-jacketed, motorcycle-booted set by the Ants, or even the Dead Kennedys, the Thelonious ensemble of willowy, bearded hipsters would set up to play the masterful mister Monk’s twisted melodies and dissonant chords. Our Thelonious set floated through the Deaf Club in marked contrast to the raw, monolithic power of the punkers, all four quarter notes of punk music’s relentless 4/4 tempo pounded into submission by every instrument and every boot onstage.

Monk and punk intertwined. Very few of the punkers had “gotten into” bebop’s complex intonations and silences. But they dug the difference and stopped to listen, temporarily abandoning their primary objective: to destroy the hardwood floor beneath their boots.

I can clearly see one very loaded, motorcycle-jacketed denizen standing alone on the floor, swaying slightly, beer in hand, watching us set up. “Wow, man,” he crooned, transfixed, childlike, clearly amazed by the lightweight, no-Marshall-stack* Thelonious set up. “Too weird.”

It was that leathered and chained wonderchild and his “too weird” moment that I carry with me in a satchel full of so many other strange and beautiful impressions of my wayward life as a musician.

* Marshall amps served the superchargers of 60s and 70s rock and roll. Great stacks of the huge, black Marshall behemoths housed 15-inch woofers, 12-inch midrange sqwawkers, and six-inch tweeters, joining forces to blow their audiences against the wall with decibels.

10 Responses to Monk, Punk, and the San Francisco Deaf Club

Give Me a “D”
by Susan Bennet
My Boyfriend’s in the Band
by Constance
The Band, The Basketball and The Brotherhood
by Plebe Nardvig