Letter from the 21st Century by Dave Ventre
5
(7 Stories)

Prompted By Letter to My Younger Self
6 comments. 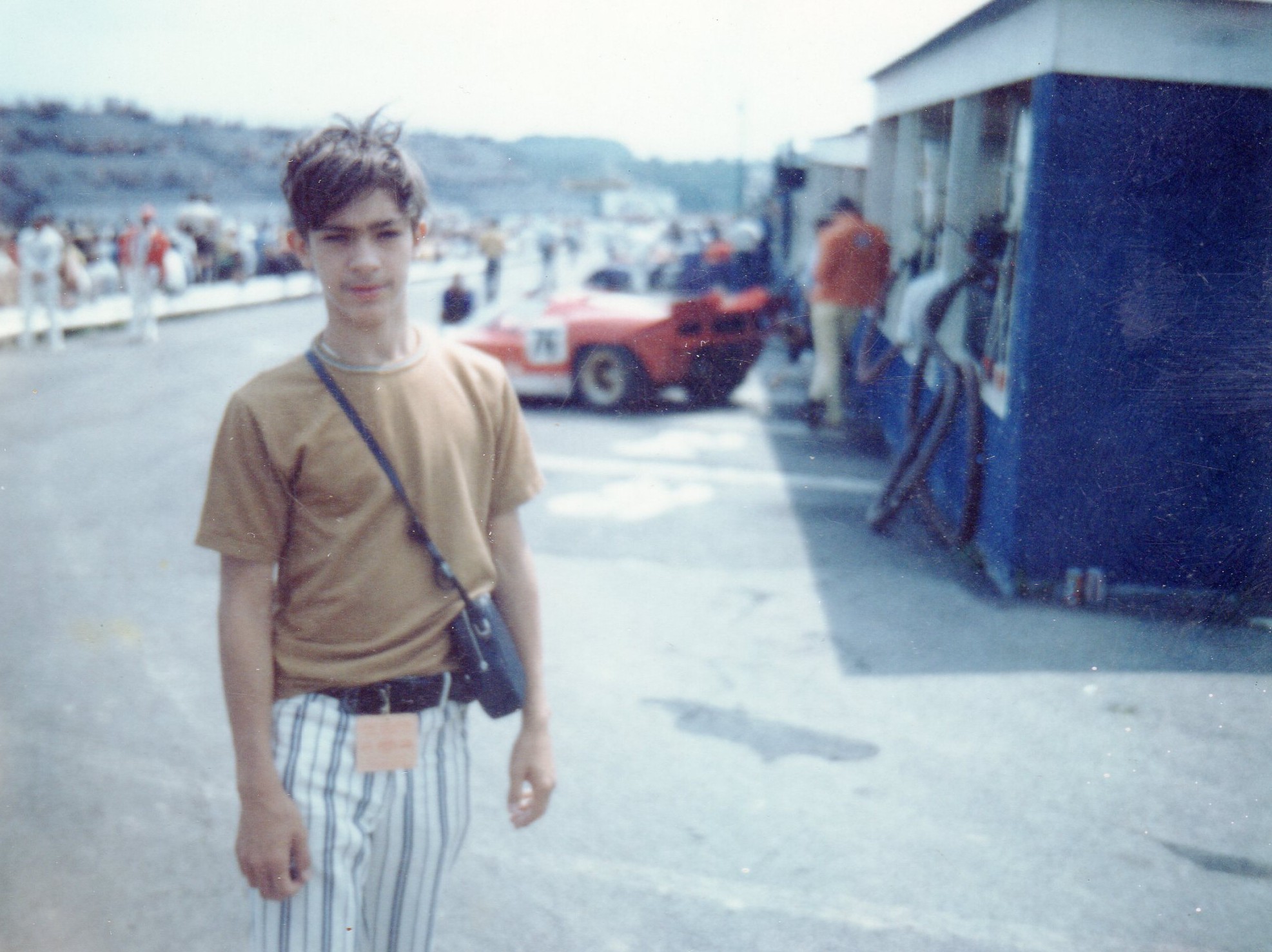 The author at fourteen at Watkins Glen, NY

Hey, Dave. You. Me. It’s me. You. Your much older self. I’m writing to you from the year 2021. I get to write one letter to you, from the future. I’d tell you how but they say that it would be dangerous to reveal it. Trust me, it’s complicated.

The twin fears of failure and conflict have been a crippling problem for us.

First off, how do you know that this letter is from Future You? It could be just Moe and Eddie screwing around with you, right? They love watching you make a fool of yourself (First piece of advice; “few friends, but good ones.”). Well, I know some stuff that we have NEVER told anyone. Like the crush you have on Roseanne from down the block. I know that you, I mean we…have never told ANYBODY about that. Also, Emily, the tall girl from the Phys Ed dance classes; remember dreaming of her, late at night? And who else knows how you sat in your room and cried all day when our best friend Jimmy Van Allen moved away back in fourth grade? Is that enough to convince you? OK, I’ll assume that it is; there are others I could mention that I am sure you’d rather not recall.

Anyway, you just graduated from MJD. Enjoy the summer. Some good news; high school will be much better. Fewer bullies and more people like us.

Our life has been stranger than you, at fourteen, can guess. Hopefully I can make things easier for you the second time around. But it’s tricky as hell. Our life so far hasn’t been easy, or spectacularly successful, but it could have been MUCH worse.

I was going to just tell you everything I can remember that we did wrong the first time, so you can avoid them. The screwups, the missteps, the wrong turns. The very promising relationship that died before it could really be born just because you love to use obscure or archaic words. And maybe some things that we didn’t do that we should have. But as Stephen Jay Gould taught me, life is CONTINGENT. Who the hell is Stephen Jay Gould? He’ll start writing books in around 1977. Also essays in Natural History magazine. Find them. Read them. Seriously.

What is contingency? Just this: every action or inaction you take, every instant of your life, creates a different path, a split in reality that leads to a different future. This means that if you act upon anything I tell you, you will have turned aside onto a new path. You’ll encounter different people and pitfalls, dangers and opportunities. Here in the future you have not yet ever been killed by a speeding car, or fallen off a cliff. You didn’t drown in deep water on a certain dive on a reef off of a certain island and you didn’t kill yourself at age thirty when your life seemed hopeless. Both were near things. But this time around, none of that matters. Whatever life you live, it will not be the same. If I give you a list of does and don’ts (mostly don’ts), trying to follow it will lead to frustration, pain and failure. Bottom line is, wherever you wind up will not be where I am. You’re not going to ever meet most of the people I did the first time around. Actually, I am tempted to tell you to stay the hell away from one person in particular, but that might be dangerous advice and again, probably meaningless. Let that dog sleep!

So, anything I say to do, or not do, seek or avoid, will become more and more impossible, meaningless, as time passes. In fact, now that you are reading this, it’s already too late. You’ll remember. You’ll wonder. The mere possibility of this all being real will lead you to somewhere else.

But just maybe I can increase your odds of winding up content in whatever life you wind up in. You need a guiding principle, a method, not a set of impossible directions. An outlook that can serve you anywhere in the multiverse (a real word, if obscure. Look it up). A Philosophy.

So…here is the essence of what I did wrong over and over again; I played it safe.

The twin fears of failure and conflict have been a crippling problem for us. In fact, they have been soul-crushing harpies. You can probably even at your age make some good guesses as to why we are like this; being raised by an alcoholic parent was a BIG factor, but likely not all of it. However it started, you need to recognize the tendency, and fight it. My hope is that seeing it spelled out for you so clearly, you’ll be more able to fight the inclination to pull into your shell and wait it out until the danger passes. Most of these dangers are not really that dangerous. Especially being embarrassed. As another person will someday write, “what do you care what other people think?”

Remember, whatever else you might forget, that most opportunities come wrapped in some sort of hazard.

As someone will say in a move in 1977 (trust me, you’ll see it!), “It’s a trap!”. Throughout my life/your future, whenever I have taken the safe path, done the prudent thing, shied away from the possibility of not being able to do something easily and brilliantly, heeded well-meaning advice from teachers, counselors etc to follow a course that will minimize the risk of failure, it has been a DISASTER! No shit, doing the safe thing has had a 100% failure rate. It has led only to mediocrity, lost dreams and despair. It pushed us into a bad marriage, and the misbegotten career that eventually became no career.

But… there have been times when we did the opposite. Took the chance. Decided that it didn’t matter if people thought I was stupid, or if I failed. Generally these were times when my desire for something overwhelmed the fear. As I write this, incredibly, the seemingly perilous choices that I found the courage to take a shot at have had a damned near 100% SUCCESS rate. Everything good in my life has come from these too rare flashes of courage. And guess what? The times when it did turn out badly didn’t really matter, didn’t really hurt much at all. Not nearly as much as did the crashes that fear led me to. And worse of all, the howling, sucking emptiness of not having tried, of seeing from outside the lives and successes and joys of those who did.

Be bold, kid! Don’t worry what other people think of you. Those few good friends that I mentioned above will love you regardless, and the rest? They don’t matter. Screw ’em.

Oh, one more bit of actual advice: bicycles will make you happy, and they don’t need pavement.

6 Responses to Letter from the 21st Century