Prompted By Lost and Found
11 comments. 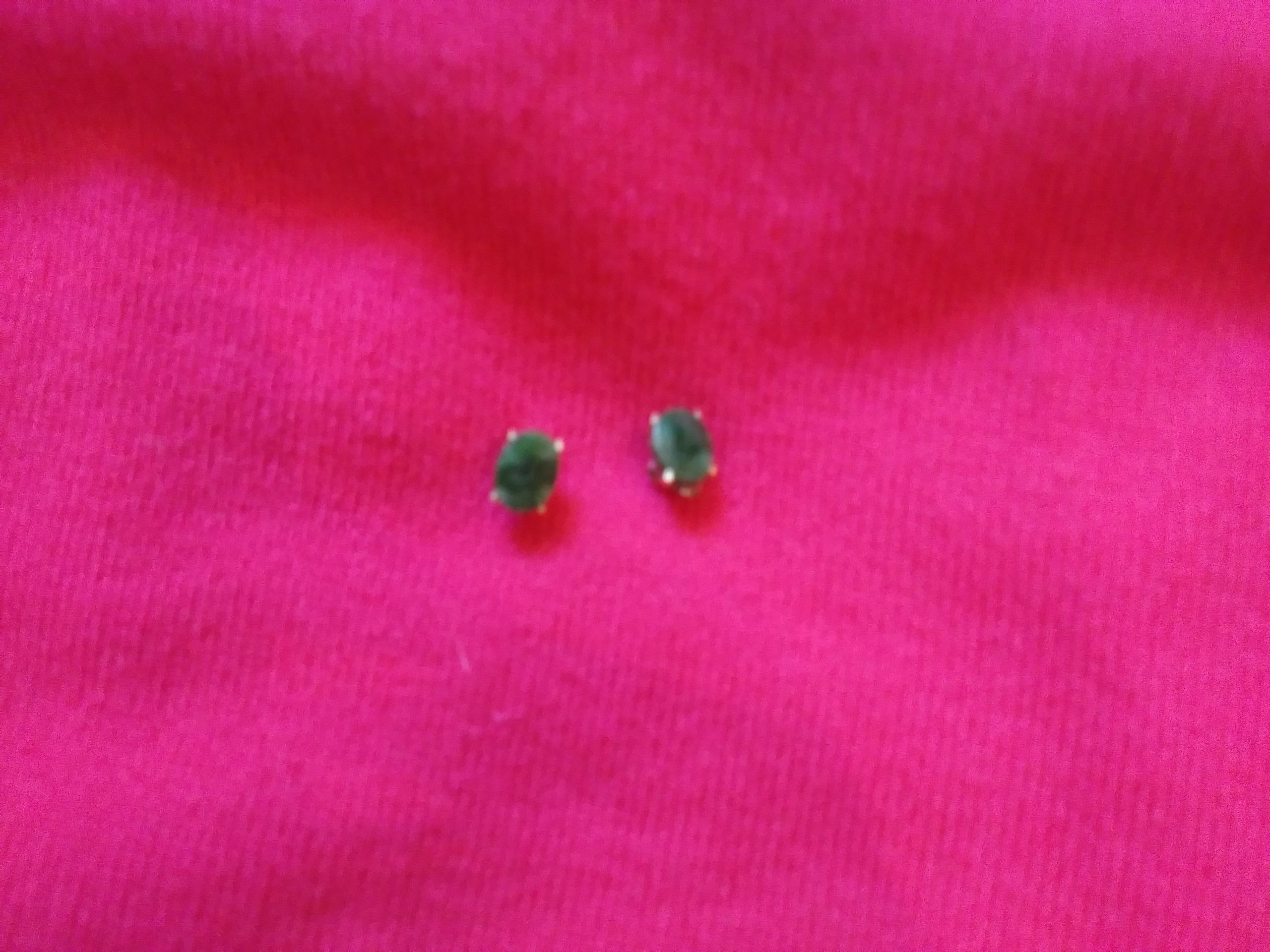 This prompt made it easy for me to remember many things, people, and opportunities lost over the years. At first I thought of my father, whom I miss terribly, then my most important mentor who died young, and everything related to the pandemic. However, there is also joy in things found, especially when they are given up as lost forever. And, the disappointment of losing something can eclipsed when you unexpectedly find it again.

With a sigh, I gave the earring up for lost but kept its mate as a memento.

A small example. When I first got my ears pierced as a teenager, I received a pair of jade stud earrings, just slivers of stone smaller than my pinky fingernail. The deep green color was beautiful, and although later I gravitated toward larger jewelry, I kept those earrings and would occasionally wear them. After college, during my “gypsy” time, I moved often and rather than pack my jewelry box, I would take it in my own car to my new place.

During one of my earlier moves, I brought the box into my new apartment, opened it, and began reorganizing the scattered content. I had one jade stud. Carefully I looked through the box again, even turning it upside down and shaking it. No luck. I went to my car with a flashlight and painstakingly searched every inch of the passenger seat and floors. No luck. With a sigh, I gave the earring up for lost but kept its mate as a memento.

More than 10 years later, during one of my later moves, the same scheme repeated, except this time, after I removed all my jewelry from the box to reorganize it I accidentally knocked the box with my elbow hard against the wall beside my dresser. The lid slammed closed. When I opened it, I noticed a tiny lump under the interior silk lining, and a microscopic tear. I felt something hard and gently pushed to reveal: the second jade stud. The earring had slipped into the lining during that early move, only to be dislodged by accident by some rough handling. It now has a place, with its mate, in a smaller box. I do occasionally wear the earrings when I need a mood boost to remember a happy surprise.

Another happy surprise was finding a cousin I never knew I had. More accurately, she found me, made possible by DNA databases. A few years back I had my mother’s and my DNA analyzed on Ancestry. As the very fair “outlier” in a family of dark-haired people, I’d always wondered about the location of my genetic roots. (Those results turned out to be inconclusive, but possibly pointed to a third great-grandparent of British or western European ancestry.) In their small villages in the Polish/Russian pale of settlement, my mother’s parents’ families had intermarried for generations. She has cousins she is related to on both sides, so I wasn’t surprised when long lists of possible third and fourth cousins began to show up. Nothing as compelling for me!

Then, out of the blue, I got an Ancestry message from a woman living in Long Island named Kathy, who, as a possible second cousin, asked if I was related to one of the eight siblings in my father’s father’s generation. Because she accurately named my grandfather and his seven siblings, I knew we had a real match. When we corresponded, we put together that indeed our grandfathers were brothers. Mine was the second oldest child, and hers the youngest, which explained why we were a generation apart in age. “You must be either my cousin Lenny’s or Charley’s daughter,” I wrote, and it turned out that Charley was her father. I’d lost touch with these cousins when I moved to California and they stayed on the east coast.

Because her mother is not Jewish, I helped Kathy with the intricacies of Romanian Jewish surname spellings and changes, and helped her figure out that in the family tree people were using both English and Hebrew names interchangeably, so that as Kathy tried to find Leah, I explained that she likely was the same person as Lily. We had a fun time, although we didn’t keep up with our correspondence, and we haven’t met, living so far away. It was a lovely surprise, though, learning that there are relatives out there to be found.