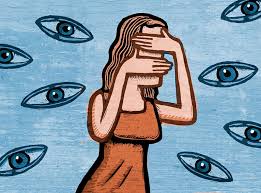 How do you reconcile heartbreak and fear, sadness and jeopardy, and the sense that everything is ending? You don’t.

Lucky and I met at my free-wheeling flat on Putnam Avenue, down the street from Club 47. Putnam Avenue, with its come-and-go denizens, adventurers, Fort Hill refugees, and Harvard scholars, hovered above two storefronts, a pizza joint and a Chinese laundry.

One fine spring night, Lucky trooped upstairs with Jeffree’s friend Marlene, and — as was the custom — the random assemblage cooked pasta, drank wine, and retired to one giant bed to smoke weed and listen to LPs.

I had lost my father the previous July, my family was disintegrating, and I had no idea that I was grieving. I lived in a daze, mimicking life. I managed to keep a workable grade-point average while spinning through one crash-and-burn tryst after another. Then along came Lucky.

Lucky and I clicked; stuff just fell into place. One minute we were listening to Jim Kweskin and Maria Muldaur in the incensed murk of Jeffree’s room and the next, we were rolling around in another bed, one room away.

Boy, did we have fun.

Nearly every morning, Lucky and Marlene would make the voyage across the Charles from their Back Bay apartment. Marlene would invade Jeffree’s bedroom and Lucky would burst in — afgans and all — and pounce, shrouding me in a parasol of reddish-blonde hair. I couldn’t believe my life; the clouds had been torn asunder.

But I was not over my grief-driven self-destruction. My cousin had lured me to San Francisco with words like Jefferson Airplane, the Family Dog, and the Grateful Dead. Like any young woman aged 20, Lucky was part lunatic. I was still a mess. I grew claustrophobic. So, like any idiot aged 20, I told Lucky she couldn’t come to San Francisco with me.

That was the first disaster. My beautiful afghan lover responded with tears of rage, recriminations, and reprisal. Before I left for the coast, she introduced me to her ‘friend,’ we’ll call him Buford, also an afghan lover.

I will reserve the summer events in San Francisco for another time. Suffice it to say that in 1965, San Francisco was happening. In the fall, I returned to Putnam Avenue and the oncoming darkness of a Cambridge fall and winter.

Autumn passed, I struggled with my stubborn, elusive grief and staggered through more cardboard têtes à tête. I grew lonely and convinced myself that I missed Lucky.

Lucky arrived with three afghans in tow, as if she and Buford had conceived another elegant creature over the summer. The personification of Buford in Lucky’s newest doggy avatar made me want her more than ever.

The afghans filled the apartment with their lanky energy. Lucky and I sat on the bed and talked into the autumn dusk. I poured out my heart to the woman I had left behind, a woman who had naturally returned the favor by taking up with her mellow Jamaican. Lucky filled out the dialog with anger, hurt feelings, and a confession: She had missed me and Buford was a jerk.

Can you rekindle what had passed for love many action-packed months earlier? We tried, but our own mixed feelings reigned supreme. We touched and recoiled, touched again.

We fell into a cycle of longing and lust, comfort and advice, jealousy and pain, relieved by lovemaking that still served as our only raison d’etre. Oh boy. Still not a disaster, until…

Lucky arrived one spring day around our first anniversary, to say, “I’m pregnant.”

Roe v Wade lay years in the future. Abortions were illegal, dangerous, and hard to get. I had seen several high school friends fall victim to the medieval assumption that, if you knocked her up, you should marry her.

Neither Lucky nor I were saddled by that catechism but, with my father dead and my mother bravely setting out for NYU on her own, there was no money to pay for a to visit to Dr. Sunshine, a real doctor on a prescient mission. Lucky was on the outs with her domineering father, her mother wouldn’t move without the old man’s consent, so the burden fell on us, well… on me.

How do you reconcile heartbreak and fear, sadness and jeopardy, and the sense that everything is ending? You don’t. Add a pressing need for four hundred dollars in cash, a felonious trip across state lines, and a heart-wrenching procedure that should have been Lucky’s civil right, and you got personal and political disaster.

Finding an illegal abortion was like scoring weed only times ten. But there were people who knew people, and we found ourselves in the lobby of the Copley Square Hotel, talking to a well-dressed gentleman. Though metaphor, simile, and unfinished sentences, the gentleman allowed as how he might be able to help.

Thomas Wolfe wrote that “you can’t go home again.” However, our family doctor and his wife had become a sponsor of sorts for me and my sister as our family disintegrated. I called upon them for a loan and drove back home, Thomas Wolfe be damned.

The good doctor hadn’t arrived home yet, so I sat with his daughter. She was a freshman at Wellesley and was enchanted with her new boyfriend. I listened to her chirp young-love clichés; she read my ennui as a lack of understanding.

“You just haven’t been in love yet,” she said.

When the doctor arrived, his wife joined us. We huddled over coffee at the kitchen table. They asked me about Lucky. My downcast stammering convinced them that me and Lucky deserved a break. They wrote a check and I returned to the Copley Square Hotel, cash in hand. There was no receipt.

A week passed, then two. Precious biological time was ticking, doubt laced our bodies with adrenaline, and the well-dressed gentleman had our money. Panicked, Lucky and I returned to the hotel unannounced, raising the ire of our gentleman. There had been a delay. He would contact us.

The call came with time, place, and instructions. I don’t remember much about of the trip. There was a train out of North Station, silence between Lucky and me. I remember the yellow wallpaper on the waiting room walls in the farmhouse where Doctor Sunshine performed his procedures. There must have been a trip back to Boston. Amnesia.