Prompted By Teenager in Love
8 comments. 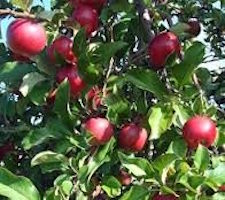 RURAL MASSACHUSETTS, 1960ish — Over the past year, the girls had shot up… and out. They stuck pink plastic combs into their bobby sock tops and made rude remarks to the junior high girls who had stuffed tissue paper into their bras.

Beyond the scent of cologne, deodorant, Clearasil, and cliquish anxiety, the girls were learning French and preparing for college or taking typing and shorthand to get a jump on secretary school or real-life training for the other job — marriage and babies.

That fall, two new girls — cousins — arrived at our school. Lydia’s parents had decided that their daughter needed release from the convent confines of their Catholic school. Lydia’s cousin’s parents followed suit.

Lydia fell in love with my best friend. Roger was older than me, already had his license. Soon — as Roger confided — he and Lydia were “going all the way” in Roger’ broad-beamed, late-model Mercury.

It got to be a drag to hang out with them. They seemed to be barreling through time, headed for marriage and a baby carriage. They always held hands and clung to each other like lost little kids in a fairy tale while I dreamt of working on freighters and living like Hemingway.

Lydia’s cousin was small, round, and pretty, with curly black hair that she did up in scarves that set off her green eyes. Confident beyond her years, Lydia’s cousin seemed to know she was cute. She walked like it — swaybacked, undulant, insouciant. She swore like the Catholic girl she was and vaunted a hard edge that fascinated me.

Hell, yeah, I thought. Girls can be tough. I resolved to make my move; I had no moves to make. So I simply admired her.

At first, Lydia’s cousin did not reciprocate. I guessed that she had already spent better days and nights drinking and smoking and who-knows-what-else with cooler guys than me.

Weeks passed. Lydia’s cousin got to know the other kids in school. She had made it into the right cliques and began to focus a mild, bemused cajolery upon me, expressed through wise cracks, shrugs and soft little snorts.

Lydia’s cousin didn’t flirt but let me stand close, inhale the bouquet of shampoo, cologne, soap, and sweet breath. We rode the same bus to school. I looked for an opportunity to slip into the seat beside her, but Lydia’s cousin made sure she was surrounded by new girlfriends, books clasped to their cardigans — girlfriends, murmuring, whispering, giggling, exploding with laughter.

At night, I sat alone in my room, homework spread out on the desk, distracted by the lyrics of every unrequited love song, from “Don’t Be Cruel,” to Del Shannon wondering “what went wrong, with our love. . . Run, run, run, run, runawayyyy.”

One autumn night, Lydia called and asked me to go to the movies with Roger and her. That seemed strange. Lydia was possessive of her time with Roger. She wasn’t usually all that happy to see me. But when they rumbled up to the house in Roger’s Merc, the invite made ecstatic sense — there sat Lydia’s cousin.

We never made it to the movies. Instead, we sat in the back booth at Dominic’s, ordered meatball sandwiches and threw French fries and crumpled napkins at each other.

After we paid up, Lydia’s cousin and I slid into the spacious back seat of the Mercury. Roger turned left instead of right at the Congregational Church and spurred the Merc into the hills above the orchards. We rode silently, Lydia’s cousin and me, rolling with the rutted farm road. I felt her soft thigh press against me and struggled to believe we were together. Why would this beautiful newcomer with her come-go attitude and outside connections want to hang out with me? Happily, I accepted the mystery.

Roger pulled the Mercury off the road beside a stone wall overlooking rows of apple trees that fell away down the New England hillside. Roger and Lydia’s heads disappeared below the back of the front seat. Lydia’s cousin turned to me. She leaned forward, brushed my lips with hers, then pulled my head to her mouth and commenced to beat up the inside of my mouth with her tongue. She cupped my palm in hers and pressed it against her breast.

My heart exploded, my blood raced, my hand lay pressed against her, absorbing her secrets by osmosis, my fingers working at her blouse. Wordlessly, she pulled away and stretched along the tuck-and-rolled upholstery, put her arms around my shoulders and pulled me down.

Lydia’s cousin began to thrust up against my hip. I could feel every curve of her body through the stressed fabric of her black jeans. We rolled and kissed as I let my self drown, out of control and amazed. Her undulations increased, I caught up with her tempo and we moved against each other until she released a long tremor and exhaled a breathy, open-mouthed sigh. We lay there, listening to Roger and Lydia’s front-seat intimacy.

Glowing with heart-pounding warmth, unsure of what had happened, I lay beside the creature who had opened herself to me. I kissed her sweet lips, caressed her features with my fingertips and then, inexplicably, nuzzled her eye socket with my chin.

“Hey!” she shouted and pushed me away. “Are you crazy?”

“Huh?” I pulled away. It had seemed like a natural gesture, a thing of affection, something I had done as a child when tussling with my parents on a Sunday morning. Oh, no, I thought. My parents?

Weird. There it was again. I lay my head back on the seat.

“What’s goin’ on back there?” Roger called out in groggy release.

Lydia murmured something to Roger.

Lydia mumbled more adamantly and Roger started the car. “Okay, okay.” He glanced over his shoulder at me, as if I had fucked up the night.

“So I guess that’s the end of the party,” Roger growled. “Shit.”

Lydia slapped his shoulder, hissed at him, and looked straight out the windshield.

Roger dropped me off first. I could imagine Lydia’s cousin telling them of my childlike blunder. Gales of imaginary laughter fluttered back at me through the departing Mercury’s wake.