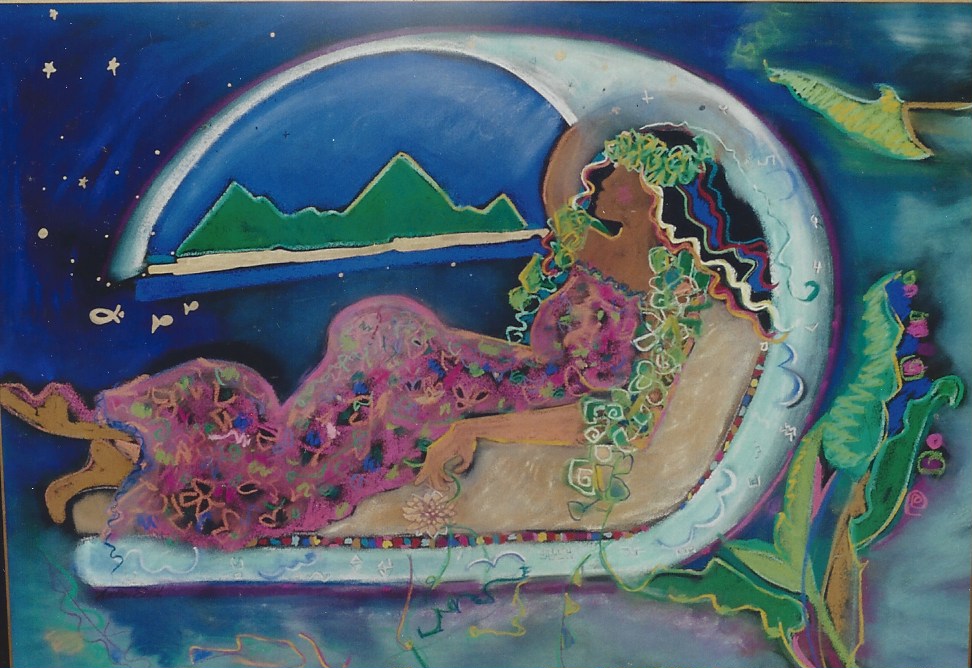 She lounges in her window seat and gazes out at Moloka’i. It is unusually clear across the channel in the afternoon light, only a few clouds around the peaks. The ridges shine bright green and the valleys, just beginning to shadow, a subdued gold. The trade winds breeze through the house, billowing her gauzy floral dress. Ironically, now that she lives on Maui, it is Moloka’i that dominates her vista.

You could relax there, she thinks. You could get away from it all.

She has never been to Moloka’i, but looks out at it every day. She daydreams about it. She imagines rugged coastlines, uncrowded highways, empty beaches, starry nights. You could relax there, she thinks. You could get away from it all. At night she sees a few lights, campfires on the shore.

She used to dream about Maui this way, before she moved here. Of course, she couldn’t look out at Maui from her window in California, but it was vivid in her memory, in her imagination. That dream sustained her through rainy, chilly winters and endless hours in a cubicle, got her where she is today, lounging lazily on Maui. Dreaming of Moloka’i.

She has never been to Moloka’i and has no plans to go. She lounges in her window seat and dreams.