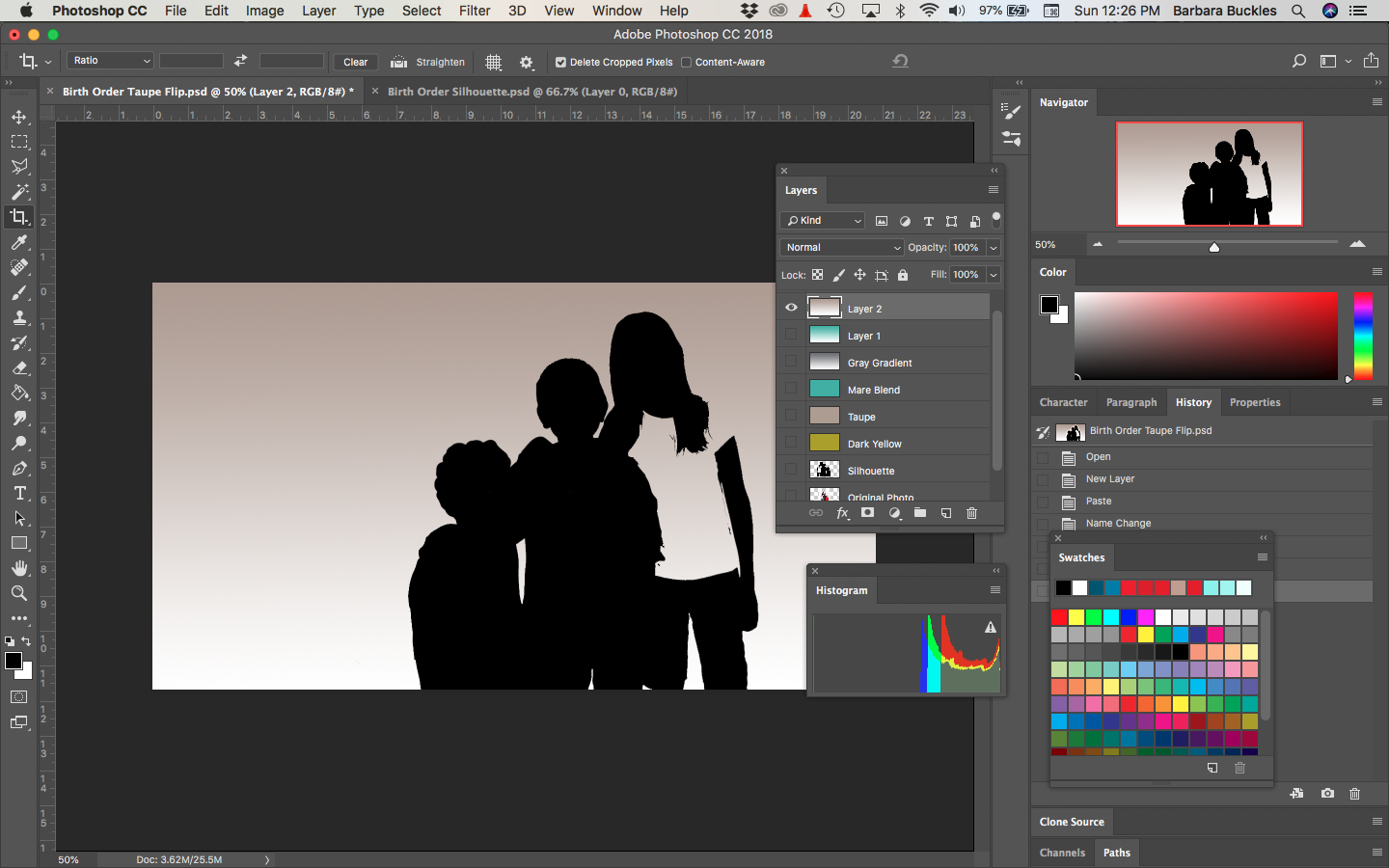 Sure, I do crossword puzzles. Online now instead of ink on print, I do the L.A. Times, the N.Y. Times, and the New Yorker. I stagger them throughout the day…one in the morning, another midday, and another one later in the day, which sometimes means accessing a publication’s archives of years past. The puzzles serve to wake me up, calm me down, or simply entertain me, all the while keeping the cogs (as in cognition) not just turning but meshing. After I’ve successfully completed one, I’m a happy camper.

The reason brain games are so satisfying is purely scientific: chemicals. We get a DOSE of them when we succeed...

The reason brain games are so satisfying? Chemicals. We get a DOSE of them when we succeed — D as in dopamine, O as in oxytocin, S as in serotonin, and E as in endorphins.

I think of anything that requires me to thoughtfully pursue a series of logical steps as a brain game, whether it’s keeping up with a complex murder mystery on TV, learning a new app, or publishing another story here on Retrospect. Here there’s coming up with an idea, writing the draft, adding the images, then editing and laying it all out until I like what I see, then tweaking it endlessly until the day it’s published. In all cases, the pay-off is in “solving” and then enjoying the satisfaction of having done so as my brain emits a hit of dopamine, the chemical of reward.

One of my favorite brain games is processing an illustration or image in Photoshop, another something I have the pleasure of doing here on Retrospect, not only for my own stories but for the occasional prompt. I love coming up with a concept, applying it, figuring out ways to make it more visually appealing by applying the elements of design, often creating multiple versions, then tweaking it to our individual team members’ satisfaction. It’s not only a rewarding creative challenge, but in working as part of a team, I get a bump of oxytocin, the love chemical, which makes me feel all warm and fuzzy and  connected to my team members. Now I’m in a great mood, and for that I have serotonin, the happy chemical, to thank.

The image within my featured image is one of my faves, and one you might remember from a few weeks back. It started out as a color snapshot that Laurie provided, then I went to work on it in Photoshop. Believe it or not, we went through at least a dozen iterations before deciding on this one! I love the minimalist look, but it took maximum effort to get there. And for that I credit endorphins, the power-through hormones, for pushing me farther towards reaching my goal. 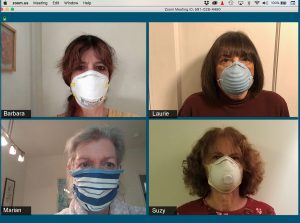 Here’s another DOSE of team spirit. For our first “Pandemic” prompt, we each contributed our own photo, then I put them together to look like we were Zooming. Although we do Zoom on occasion, this wasn’t one of them. I bet we fooled you! Note the use of the Retrospect blue background…our very own color. And that Mare is color coordinated!