Prompted By Life Before Computers
20 comments. 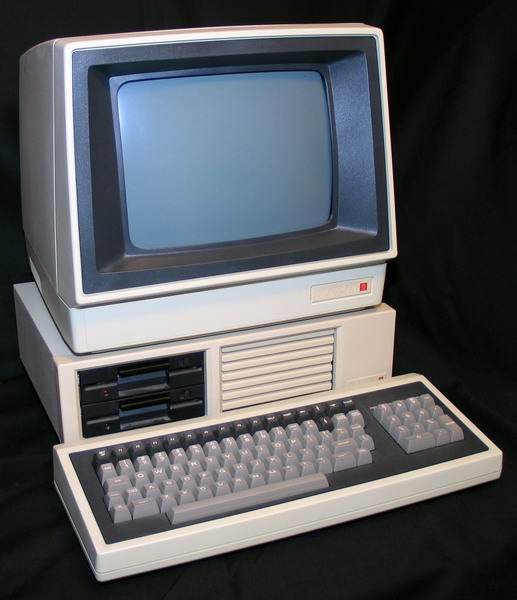 I am not an early adopter by any means, but in the early 1980s I bought my first desktop computer. I don’t remember why I thought I needed a computer, but I was working for myself as a consultant (the first of several marginally successful efforts at self-employment) so that probably had something to do with it. It was a Morrow Micro Decision, the same as the model pictured above. The most popular desktop computer at the time was the Kaypro, but I had done my research and determined that the Morrow was a better bet. There was also on the market a very crude computer made by some company named after a fruit, but it wasn’t up to my standards.

My first computer was a Morrow Micro Decision, the best desktop on the market in the early 1980s.

At that time, there were a few small computer companies that each made their own desktops with their own proprietary operating systems. Each one came with a software suite – usually including a word processing program, a spreadsheet program, a database program, and sometimes others. No one else made software for that particular machine. This was before Windows, so you needed to know some basic operating system commands to start the computer and open the software programs, which were loaded into the computer on floppy disks.

Sometime after the first desktops came out, the computer world was shaken by the entrance of the 900 pound gorilla – IBM. IBM used its huge market share to take over the desktop market and also made what was at the time a bold decision to release its DOS operating system publicly. No one was sure whether IBM’s decision was a self-inflicted disaster or a genius move. It did enable independent entrepreneurs to design software for IBM computers, including some guy named Bill who started creating microcomputer software in his garage and eventually built a software empire.

Once the DOS operating system became the standard, I replaced my Morrow with a more forgettable desktop. I gave the Morrow to my parents and even set it up for them at the desk in their guest room. I don’t think they ever touched it. When my mother moved, she asked if it was ok if she discarded it. By that time, I think she could have donated it to the Smithsonian.

Before I retired, I was always being confronted in various offices by Millennials asking whether I knew how to use a computer. I found that telling them I owned a computer before they were born was not a helpful way to move the conversation along. What they usually meant anyway was whether I knew how to use the internet, or email, or social media, which could be the subject of another story. Back in the old days, a computer was just another useful machine – like a multi-functional typewriter – not the time-sucking addiction its offspring have become.

20 Responses to My First Computer