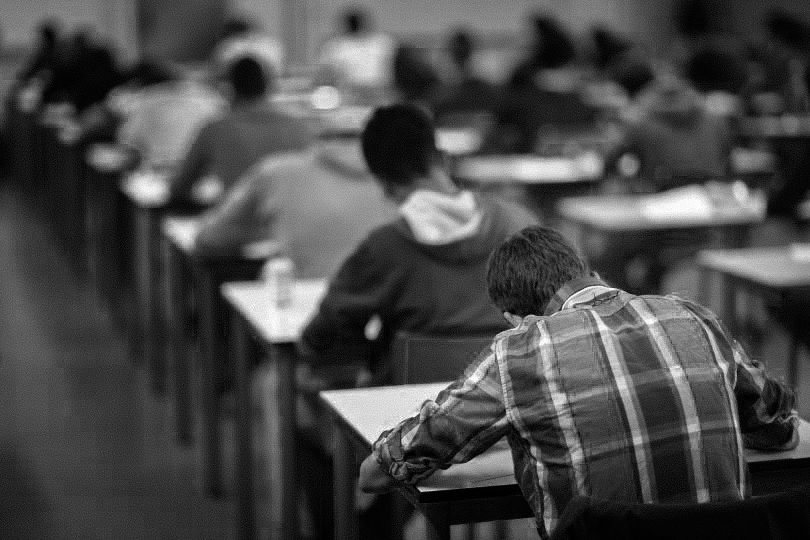 “So what do you think the white whale symbolizes?” my mother asked me as I sat in the kitchen of our new house in the afternoon. “And what was Ahab really trying to accomplish?”

A recent immigrant prepares for his first test at his new high school.

She was helping me prepare for the next day’s English quiz on ‘Moby Dick’, which the teacher had announced in class that morning.  I was terrified and contemplated pretending to be sick.  My English was passable, but certainly not good enough to compose an English literature essay.  I was a sophomore at Arcadia High and my parents and I had moved from Germany to Scottsdale, Arizona just two weeks ago.  To catch up on the novel, which had been assigned several weeks before our arrival in the US, I had spent the last week plowing through more pages of an English-language text than I had covered in my entire previous life.  I had completed four years’ worth of English lessons in Germany so I was not a total newcomer to English, but still very far behind everyone else. I was certain I would fail because my poor composition skills had already been exposed a week earlier when we had to write a paragraph on the subject of the metric system. Despite my superior familiarity with the topic, I only garnered an F due to poor grammar and sentence structure (“spelling excellent” was the only encouragement I received from Ms. Foster).

“Who was Ishmael?” my mom asked. “Why do you think he befriended Queequeg?” She encouraged me to think about the book’s meaning so that I might be prepared for whatever questions our teacher might pose the next day.  In Germany, literature exams required analyzing the deeper meaning of a text or deciphering the author’s message. I had detested those exams.  My mom understood my trepidation and thus spent all afternoon with me, talking to me while she was preparing dinner, cleaning the dishes, and organizing the cupboards.

The next day I sat down at my desk chair and dreaded the moment the test would be handed out. Ms. Foster walked down the aisles and handed out a single sheet of paper. She ordered us to leave the paper turned over until everyone had received one.  Several agonizing minutes passed.  Finally we were allowed to look at the exam! I turned over the sheet to discover that the quiz consisted of ten questions.  And I couldn’t believe my eyes.

I was half-angry for spending an afternoon preparing for this exam and worrying about it all night, and half-amused by the absurdity of the questions. “What was the name of Ahab’s ship? Who was the ship’s owner? What type of wood was used to fashion captain Ahab’s pegleg? What was the color of Queequeg’s eyes?” Ms. Foster didn’t care whether we had grasped the novel’s significance.  Comprehension was not what was required.  She just wanted to check whether we had read the book!

Judging by the groans coming from my neighbors I knew that most of them hadn’t. While they grumbled, I filled in the blanks in a matter of minutes. I looked up and saw everyone else hunched over their desk, chewing on their pencils and looking dejected. That’s when I knew I would survive just fine in this new school, in this new country, in this new language.

10 Responses to My First Test

My Grandparents’ Story
by Betsy Pfau