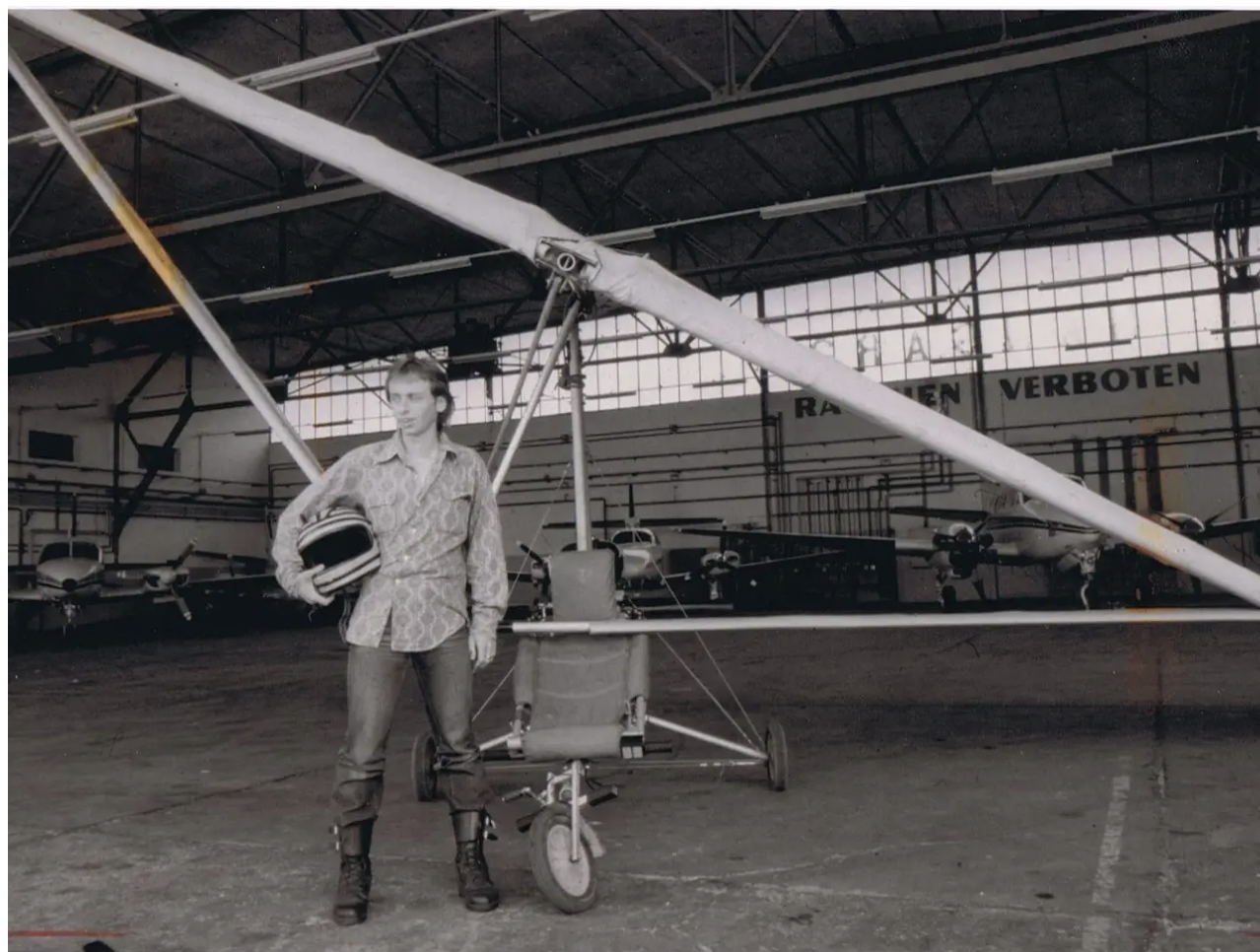 I’m not much of a handyman, but I did build a one-man flying machine once when I was 13. It never got off the ground, though, because the lady across the street wanted her washing machine motor back.

Ivo Zdarsky wasn't just building a plane. He was building an escape to freedom.

It’s just as well, because my friend Markey and I had never figured out how to get the craft to land if, in fact, we ever got it to take off.

But that machine’s design and more importantly, purpose, pales  in comparison to the one I’ve seen several times in Berlin’s Checkpoint Charlie Museum.

That would be the Microlight, a motorized hang glider built by a young Czech handyman, Ivo Zdarsky, to fly him over the Iron Curtain to freedom in 1984, five years before the fall of the Berlin Wall. 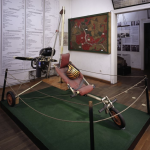 The Microlight (minus its wing) in Checkpoint Charlie Museum.

His craft was powered by the two-stroke engine and fuel tank of the then-ubiquitous European car, the Trabant. As for the propeller, frame, glider wing, and landing gear, they were all spare parts Zdarsky scavenged or built himself.

After hearing of Ivo’s painstaking and risky assemblage, I vowed to never complain about assembling a bookcase from Ikea again.

Ivo vs. the KGB

Ivo was 24 when he starting planning his escape from Czechoslovakia and the KGB. He was a dissenter who wanted a chance at a life he couldn’t have in this repressed country. He wanted to build airplanes one day. But he told no one of his escape plans — nor of the motorized glider he was constructing, one piece at a time.

Like so many others caught behind the Iron Curtain from 1961-1989, Ivo wanted out and he was willing to risk life and limb to get out. So he began gathering parts for his Microlight and vowed to make his dream of escape, a reality.

Finally, on his appointed date of departure, he pushed his three-wheeled contraption out onto a deserted road at 3 a.m., donned his goggles, sent up a quick prayer, and started the engine. The Microlight responded and moved forward, picking up speed on the makeshift gravel runway and things looked good.

At the point of takeoff, however, Ivo’s homemade propeller struck a rock that would have cut a devastating chunk out of it, had it not been for the builder’s forethought: He had added a steel edge to the propeller, and that saved his mission and probably his life. The Microlight continued to ascend.

Ivo flew it low to avoid radar. So low, in fact, that he had to fly it under power lines and some bridges. His destination was neighboring Austria. Miraculously, he made it, landing his wing and a prayer, not on another deserted gravel road, but at the Vienna International Airport. 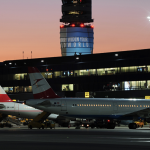 The Microlight must hold the record for the smallest aircraft ever to land at this mammoth facility.

To this day, Ivo remembers with gratitude the Austrian guards at the airport who took him in, gave him coffee and doughnuts and a bed in an unlocked jail cell. He was granted political asylum, and the Austrians protected him by moving him from place to place in the country to keep any angry Czech KGB posse from locating him.

Then, six weeks after landing in Vienna, he emigrated to America and began life anew in Long Beach, California. He wasted no time pursuing his dream, and he soon founded a propeller manufacturing company he called simply, Ivoprop.

Finding the LA area too congested, he moved to Utah and, five years later, bought an abandoned airport in the equally abandoned desert town of Lucin. He built a hangar, moved in, and has been there ever since. He says only half of the building is a hangar, though. The other half is his “man cave.”

Looking back on his experience, Ivo told a reporter he has always just wanted to live free and build propellers. In America, he got his chance to do just that, and more.

He just kept building and selling propellers and also built a company in the process. Today, Ivoprop Corp. builds composite propellers for homebuilt and ultralight aircraft and airboats.

Still, one might ask, if Ivo is so successful, why live in an airplane hangar?

19 Responses to One piece at a time … then freedom