Prompted By A Year in the Life
9 comments. 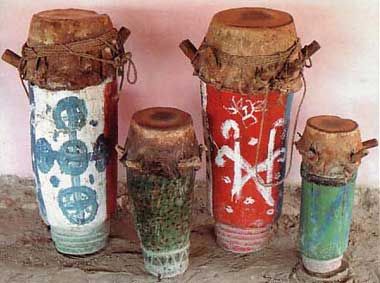 It’s been over a year since election night, 2016. Some cried when a merciful soul switched off the tube. Some mumbled and muttered like zombies, others laughed in the high registers of hysteria or sat muted, numbed, in shock.

"Oh, I think the Haitians know how to take care of themselves."

We had no idea how this election had gone wrong but we knew we had suffered a terrible blow. We tried to breathe, but the post-election air carried the smell of smoke and the acrid stench of burning hazardous materials.

True, we’ve seen much to hope for in the ensuing year: A new, grass-roots resistance movement exploded on the post-inaugural landscape. A powerful investigation now rumbles toward proof of obstruction and complicity with a Russian electoral hack. The obscene mouthpiece of this insidious governmental overthrow will possibly be removed in handcuffs, a straitjacket, or a stretcher.

But we have grown weary of waiting for the shoe to drop. We are beaten and abused on a daily basis by the confounding behavior of the President and the ominous power of a rudderless Congress, a stacked court, and a Cabinet full of predators.

Out of necessity, we have developed defense mechanisms: Turn a blind eye. Fight like hell. Run for office, meditate. Necessity has never been more inventive. Perhaps it’s also time to celebrate the impulse to conjure, imagine, invoke.

One year since the inauguration of this fake President, intruder Trump’s shit-for-brains remarks about AIDS in Haiti and his dismissal of ‘shithole’ African nations prompted me to revisit a little-known tale that periodically circulates through the theater community. 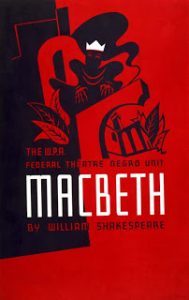 In 1936, an ambitious young Orson Welles conceived a radical version of Shakespeare’s ghostly M-cbeth. Welles auditioned and hired an all-black cast and set the jinxed and bedeviled play in a fictional 18th-century nation modeled on Haiti. Integral to the production was a troupe of Haitian voudon drummers and singers.

Welles and producer John Houseman mounted the controversial production at the Lafayette Theater in NYC with full support of the WPA and the Federal Theater Project. The voudon production received critical acclaim despite its radical, re-contextualized interpretation of Scottish witchery.

One critic, however panned the vulnerable production mercilessly, revealing his racist bias. That night, M-cbeth’s Haitian drummers remained in the darkened, post-show theater, singing, dancing, and chanting until dawn. Shortly thereafter, the critic was found dead in bed without a mark on him.

Many cultures consider coincidence as a random phenomenon. Other cultures perceive authentic, other-worldly connections between coexisting people, places, and events and often act upon these more subtle constructs.

From one perspective the Haitians and the critic had no causal connection. From another perspective, the midnight dance in the Lafayette theater and the critic’s death were linked through aché, a mystical life force that permeates the Universe. Without aché, no life could exist.

With this feces-slinging Bonobo despoiling our spirits from a defiled White House, I’m driven to recall the tremendo aché that vibrated between the critic and the Haitian musicians of Welles’ M-cbeth. 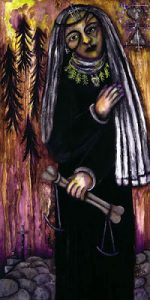 The spirit of aché creates, connects, and enlivens all creatures and things at all times. We may not have gotten it right yet, but, when asked how Haitians are impacted by Trump’s words, a friend, an ordained Yoruba priestess from New Orleans, nodded her head, and said, ‘Oh, I think the Haitians know to take care of themselves.”