Prompted By A Year in the Life
7 comments. 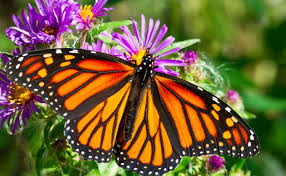 At first 1979 would not seem to be a year of love and laughter, with its gas lines, stagflation, and odd fashions. But in a subliminal moment, a butterfly might alight, even on dried grass or trash, and its perfect wings might wink at you for an instant before it vanishes. That’s how I feel about 1979, my favorite year.

A year earlier three serendipitous events occurred. Against very steep odds, I landed an advertising specialist’s job at a scientific instrument company in Palo Alto, California. I was happy to work in this interesting community, with a smaller, homier feel than it has now, and stroll to lunch across El Camino Real in what had been the town of Mayfield. The day I got the job, out of the blue a college classmate who was looking for a housemate phoned me to see if I knew anyone in the Palo Alto area looking for a place to live. So, I ended up sharing a tiny cottage in Menlo Park with Sylvia and driving my 1969 Toyota down El Camino 10 minutes to work, minimizing the hours-long waits for gasoline fillups. Then, about a month later, I was at my desk at work when I looked up and saw Hugh.

Here was a smiling, tall, strawberry blond man saying hello with an accent that blended Texas and Louisiana. We had dinner that night and were inseparable after that. Hugh was my first and only experience with love at first sight. For an introvert who needs her space, I am amazed at how natural our relationship was, and how everyone recognized and accepted it. We worked in different buildings at the same company and decided to be completely open about our dating. We were embraced. We looked wonderful together. People stopped us on the street and wanted to take our picture.

In 1979, we had fun with Sylvia and her boyfriend at the little cottage, eating Chinese green onion pancakes and watching television on a small black-and-white set with a coat hanger as an antenna. We joined the company bowling team and bowled weekly (I did respectably, he did badly). We traveled to Mexico, seeing the Santiago Peninsula before development, riding on buses, and living on bread and Coca Cola. We walked by the bay in Alviso with Hugh’s daughter Kelly, when the ghost town was still there, waving at the freight train conductors, who honked the train horns in response. Hugh took me to the labs at work to explain how an electric motor functioned. We joked and laughed at coffee breaks with many others. (There were real coffee breaks in the morning and afternoon when people went to the cafeteria and took a breather. How quaint!)

Work definitely was more fun back then. I was growing and learning every day, even managing to win over my nemesis, a product manager named Eva. Built like a triceratops, and just as tough and intimidating, Eva had crawled under barbed wire and walked miles to escape from Hungary during the 1957 revolution. She was afraid of nothing and no one. The male managers and engineers were terrified of her. One of the funniest memories I have of 1979 is Eva unleashing her temper on a rather powerful engineer because he was late on delivering her something. She ended up chasing him around a conference table. I don’t remember if either of them “won” the race. Although I trembled when my boss assigned me to write about Eva’s products, slowly but surely that year, I earned her respect.

Just as quickly as it began, the serendipity ended.  A coworker, who by any analysis should have received a promotion that involved a transfer to Berkeley, blew his interview, and I was “drafted” for a position I didn’t really want but couldn’t refuse. The same week, our landlord, who wanted to capitalize on rising rents, evicted Sylvia and me from the tiny cottage. I moved to Oakland and struggled with the job. Hugh stuck with me for a while, but it was tough, and by the end of the year, the relationship collapsed under the challenges. For me the next three years were very dark.

However, 1979 taught me that things can change on a dime for the better, and many difficulties can pass with time. I learned to pay attention to the chaos and the trash, because at any moment a butterfly might be waving its wings.

7 Responses to The Year of Learning, Laughter, and Love