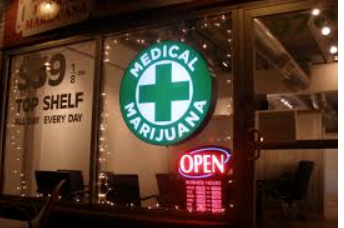 I walked into my college alumni party on my birthday last month; a cold day in December, which also happened to be my 65th birthday. I was greeted by many from the Brandeis administration whom I knew. While chatting with one, she said, “Do you recognize him from your class, Betsy? He’s doing an interesting new venture.” With his warm outer clothing and winter cap still on, I didn’t in that moment. He pulled off his cap and I could see the features of a classmate who lives less than a mile away from me in Newton. He’s a surgical oncologist and keeps Shabbat, so rarely comes to our reunions because he won’t drive on the sabbath. I said hello, asked if he still lived down the block from an old friend of my older son and what was this new venture.

He looked sheepish, so the Brandeis person piped up. “He’s opened a pot dispensary!” I’m sure my mouth flew open. He quickly explained it was in conjunction with pain management for his patients. Pot became legal in Massachusetts on January 1, 2018, and has been legal to own in small quantities for a year. Using it for pain management makes all the sense in the world. That a devote Jewish doctor would be prescribing it (and dispensing it) for pain relief, I found fascinating.

We are in the midst of a huge opioid crisis in Massachusetts, much of it brought on by the over-use of pain pills. Professional athletes all claim that weed helps with post-game pain, but is illegal in all the leagues, so they pop pills, given them by their doctors. Many also have drinking problems…a bad combination. Some wind up as headlines when they wreck their cars or beat their companions. The system sets them up for this toxic brew.

Cancer patients are often given pot to ease the pain and distress from chemo. They get a gentle buzz and the munchies are good for them to counter balance the nausea. I remember seeing the old movie “Reefer Madness” at Brandeis on my 18th birthday. It was a hoot. ’50s teenagers in crew cuts and bobby socks get high and do terrible things while under the influence of reefer. Have we not progressed since those days?

Law enforcement officials say vehicular deaths will go up because there is no way to measure how stoned one is (unlike with blood alcohol levels), yet people still drink and drive and horrible accidents prevail. Yes, of course, stoners will drive and accidents will occur. But using weed responsibly for pain management makes so much sense. As it becomes legal in so many states, it is humane, inexpensive, can be regulated, and can hopefully help to mitigate this terrible opioid crises that is raging throughout the US.

My friend
by Charles Degelman
Relax
by richard c rutherford