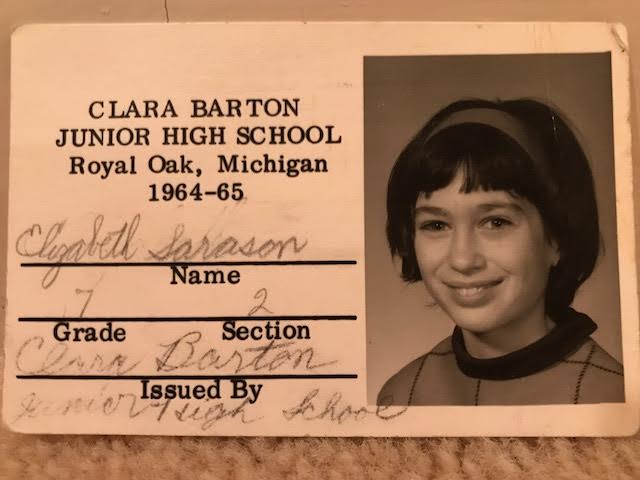 The memories are still painful. A close friend once wished I could have a selective lobotomy to block them out. My family moved from Detroit to a near suburb when I was just shy of 11. In Detroit, if your birthday fell between December 1 and the end of February, you started school in the middle of the year, after the February break and would always be half-way though a grade at the end of the school year. Most people went to summer school before entering high school to make up the time. I moved while half-way through 5th grade. I was smart and tested well above grade level, so I was tutored for four weeks over the summer in math and plunked into 6th grade in the fall of 1963. I felt like an alien.

Though the academics were easy (and that, in and of itself, was a problem; no one liked a smart, young, gawky kid), socially I was a misfit, entering a school that was K-6, as a 6th grader. Everyone else had been together forever and the mothers all knew one another from their clubs and social gatherings. I barely survived. The school even provided me with a counselor who told me I would be fine. In that moment it didn’t help. I was skeptical. The music teacher had me sing a solo during the Christmas pageant to let me show off my talent. The teachers really tried. I was socially inept and my mother could not lead the way nor smooth my path.

The next year, along with kids from other feeder elementary schools, I entered Clara Barton Junior High School. I had a bad hair cut, buck teeth, wore those terrible cat’s eye glasses (always removed for photos). I was a mess. It didn’t help that I was smart. Brains and being sensitive were not valuable assets. Having a large wardrobe scored points. Belonging to the right country club, having a good tennis swing. That’s what counted. Sounds shallow, right? But that’s what it was all about. This was mean girl territory.

I got into braces and even wore my headgear during lunch period, after eating. I wanted to get things moving in the right direction as quickly as I could. I was shamed into wearing a bra at the end of 6th grade, though my mother swore I only had little “mosquito bites”. As I mentioned, she was not helpful. I had very few friends. I was almost toxic. I was painfully shy. I loved acting. It took me out of myself and I could try on different personas, but the school had no drama department or other outlet for acting. I was in the GIrl’s Glee Club. Kids made fun of me behind my back.

Getting to the National Music Camp in northern Michigan every summer (I started in 1964, after 6th grade) was my salvation. There I met others like me, and made friends of a lifetime. I could freely express my artistic loves; singing, acting, dancing; and not be embarrassed. On the other hand, growing up near Motown, I did learn to dance! I mean to rock and roll, soul, you name it. When I got to college, I had guys lined up to watch me, but I danced like all the girls I went to school with. We practiced during Home Ec while our food cooked.

8th grade was a slight improvement. I finally made a few good friends. One remains my friend to this day. I started letting my hair grow. It took a few years, but things got better (and I got contact lenses). By the end of 8th grade, I got out of braces, and was only wearing a retainer (which looked like an NFL mouth guard). If life seems swallowed up by shallow musings, it is difficult to concentrate on other things when you are miserable, when you are isolated, when kids mock you, when you feel alone. To this day, I identify with those stories on TV about kids who are cyber-bullied, or picked on relentlessly. I have a visceral reaction to the ugly name-calling from our Bully-in-Chief.

Class work was never a problem for me. I was always a straight “A” student. In fact, that put off some kids. Being awkward and smart was a problem. A year later, I learned to hide the fact that I was smart. Boys didn’t like smart girls (talk about buying into a stupid role model, but this was the mid-60s and being popular seemed important; or at least, I longed to be liked).

A few years later, someone I knew from middle school told me she had thought I was an awful snob back then. I was flabbergasted and told her so. I told her I was SO shy, I had been afraid of my own shadow. Slowly, I learned to talk to others, how to converse about things besides art or music…to broaden my frame of reference. I learned that looks didn’t matter so much, and where you came from didn’t matter at all. What you stood for, what you thought about, what kind of person you were; that’s what mattered. I went to all the sporting events at my high school and loved them. I found my group and did things I enjoyed. It took three years, but I came out of my shell and I was OK. I am grateful I didn’t live in a time of cyberbullying. That must be truly terrifying.

The kids of the world need empathy. Being on the computer all day does not teach it. MIT professors fear for this generation. They need to put down their devices, look one another in the eyes and talk to one another, not tweet at each other, or think that having loads of Instagram followers will make them popular. Having the right clothes means nothing if your head is empty. Get out of your bubble and meet people, talk (don’t shout) to one another. Listen, exchange ideas. No eye-rolling allowed. Learn respect. Learn about differences. Learn to tell the truth. Learn what the truth is.