Prompted By Fads and Trends
8 comments. 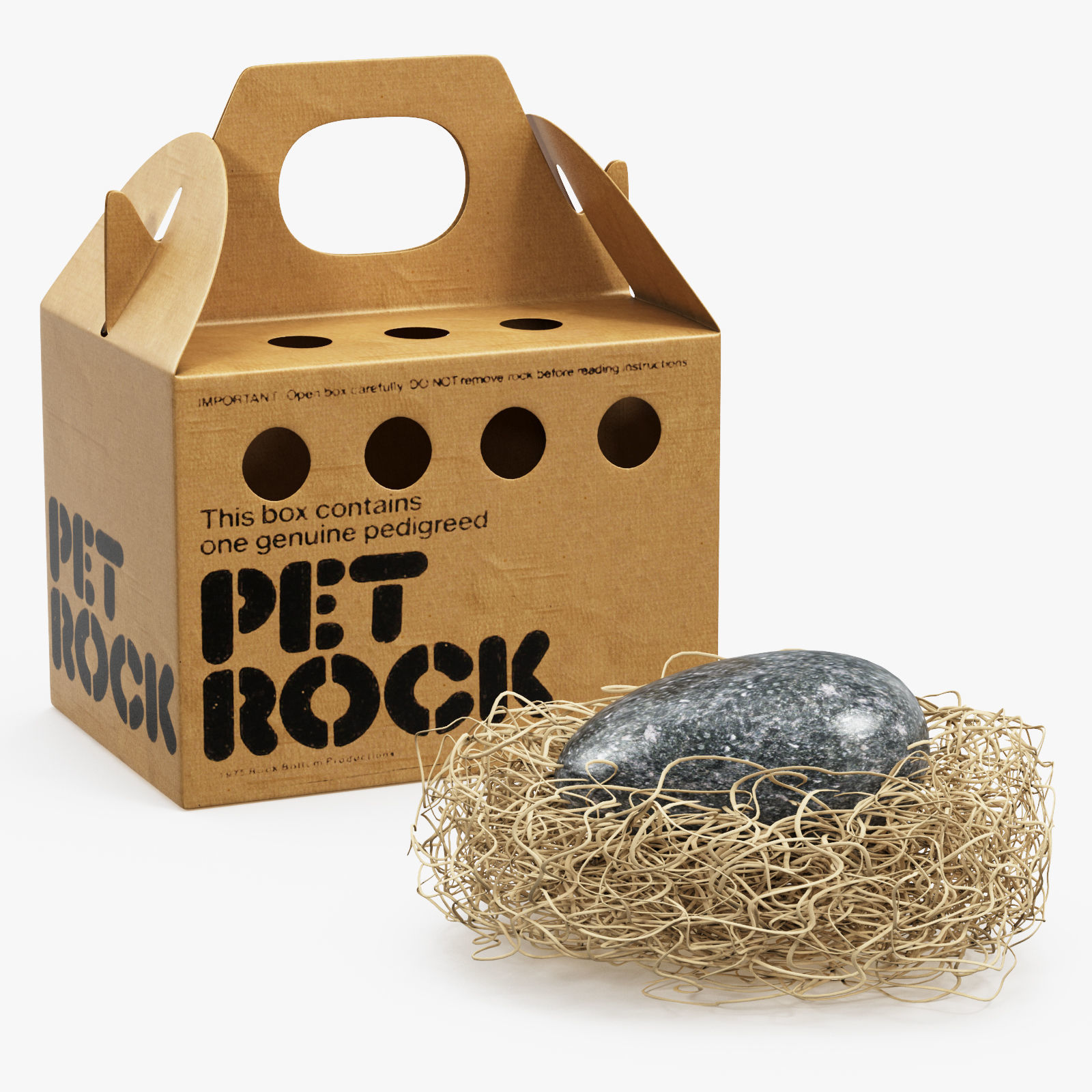 In 1974, the Pet Rock was the pet to have. It did not need to be fed or walked, was never sick and did not need a litter box.  In fact, it came in its own box with air holes, feeding straw and a care and training manual.  It was popular, especially in San Jose where it originated. It was the perfect gift for the person who had everything.

The Pet Rock, my favorite fad.

As a side note, much of the packaging was done in at Agnews Development Center in Santa Clara California. The Pet Rock was more than a pet, it also did job training.

Richard to the Rescue
by Dale Borman Fink

A Doggerel for the 60s
by Marian

Dedicated Follower of Fashion
by Suzy