Never have I enjoyed parties – all those bodies, too tightly packed together, the loud levels of noise and over-stimulus, having to yell in order to hear and be heard over blaring music, the strangers, the lights – it’s just not a desired environment for mousy-type folk like me.  In the spirit of participation however, I can force every needed-pretense – plastering a smile too big, squeezing between the boisterous crowds, engaging through the meandered conversations: “hello… hello.”  Overall, to pretend fun amid all those well-seasoned, “party people.”

The evening was elaborate, hilarious to witness the amazing creativity that people showed, and a lot easier to endure the social anxiety experienced in large gathered groups, when masked behind a costume.

But then it becomes so quickly time to go, not even thirty minutes into the thing and I’m ready, having long ago scoped the exit so to sneak-out as quietly as having entered-in.  And with such relief do I go – such relief! – for trauma doesn’t soon allow forgetting of any kind.

Once, so long ago at a nieghbor’s party, all the slurring juice-heads were huddled in a mass playing “Limbo” under a heavy metal pole, and one very loud and pickled contestant holding one end of the rod suddenly jerked her staggering body around just as I was mouseily trying to pass through all the nonsense unseen, and somehow that wavering pole smacked right atop my head, hard enough to see stars – brilliant stars! – of every color, every radiant twinkle.  You might still hear the sound of that metal-on-concrete-clang reverberating in your own ears as much as did my poor skull thereafter echo the pain (and yes, my head can be like a concrete block oftentimes, I admit that awful fact).  Anyway, a lemon-sized lump crowned that memory forever.  Oh, such luck!  The only sober one in attendance had been jolted her crown against sobriety by the sovereignty of a sot! (drunkard’s logic).

On a different note there was one party most memorable to have attended – years ago – a surprise costume fête to honor a man newly-readied to go over that dreaded waiting hill.  He was the father of three children that I watched-over, many years passed.  His wife challenged everyone to humorously exaggerate getting old, suggesting Goodwill as the perfect place to costume-up in old vintage clothing – funny hats, canes, walkers and wigs – a treasure house packed full for the plunder of mish-mashed items and out-of-fashioned goodies.  The evening was elaborate, hilarious to witness the amazing creativity that people demonstrated, and a lot easier to endure the social anxiety experienced in large gathered groups, when masked behind a costume.

I carefully chose a brightly colored muu-muu, oversized and with huge floral prints splashed throughout, draped atop a triple “D” brassiere stuffed with hand towels.  I hid my hair beneath an old-lady white wig (no longer necessary today).  Skin-colored nylons bunched thickly around my ankles, my feet inside the ugliest pair of comfort shoes I could find.  Big costume jewelry too, and a pair of horn-rimmed spectacles draped by a silver chain adorned my décolletage, neon-coral lipstick extending the boundaries of my natural lips, and makeup, intentionally applied clownish.  Light brown eyebrow pencil was the discovered “perfect tool” to draw creasing lines around my mouth and forehead, under the eyes, with shadows of assorted sized age spots highlighting the now very worn face.  Oh dear!  Look away!

At home I practiced perfecting a stooped walk, leaning heavy on the cane while grabbing my raised hip occasionally, both pendulums swinging in seductive sway near to my knees, but of course, upon entering that party portal I was too shy to execute that whole silly parade in public.  (I cracked myself up in private though, I did!).  Emphasis was all focused on the boobs, the only point of humor I could come up with, and I often wondered if Tyler Perry brought his own bountifully bosomed Madea into existence only after my lush impression of her first.

Bottom line?  We were all, in great fun, exaggerating that inevitable end that everyone so fears and wards-away like the Black Plague – OLD AGE!  “Never get old!” my poor mama often groaned, “Never get old!”

Anyway, at this huge party, while my “flower-self” quietly zeroed-in toward the first wall to blend into, a comedian gentleman approached and began conversation as if he knew me all of his life.  He wore a goofy tie and well-held the natural aura of the churlish character he played.  I imagined that he sensed how uncomfortable I was (unless those mammaries drew him in, I don’t know!), but his boisterous, loud and funny personality quieted around me, so genuine his true nature gifting presence.  I loved him immediately somehow, foremost, I suppose, because he was kind and intimate when he talked to me.  He became greatly beloved thereafter, that unique individual, and I will never forget him, those ones so rarely seen and often found in most unlikely places.

Only a few years later he graduated this plane of existence, called home too early, way before natural time.  So when I remember parties (those places still aimed to avoid for so rarely does fitting-in ever happen!), I remember that dear old soul.  He pierced through the pretense, recognized the fear maybe, then approached quickly to take away every uncomfortableness.  He helped a timid kid to relax herself (in a place difficult to relax for my kind) through that greatest gift to boldly share with another human being – the communion of immediate friendship and the bestowal of true joy, ever gleaned by laughter, his blessed bounty. 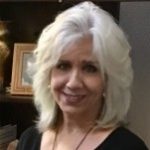 2 Responses to Poopin’ on Parties