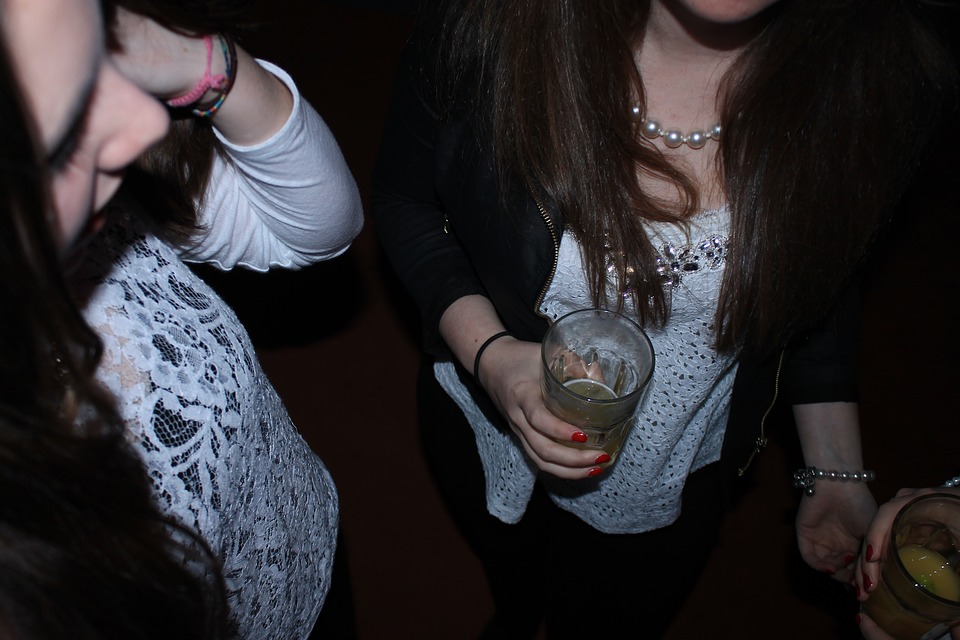 My first two kids were pretty tame as teens, so when I learned about the ambulance in front of our house and every neighbor standing outside watching, it was a shock. Child #3 was far more social than her sibs, and she threw quite a party in my absence.

Of course, my husband and I thought she was staying with a friend down the street while we had an overnight getaway downtown to celebrate our anniversary. Her friend’s mother, a friend of mine, thought I had given the girls permission to spend the evening at our house. Perfect teen technique – divide and conquer and keep all parents off guard.

It was supposed to be a small party, but word got around quickly that there were no parents at home and every kid in town showed up. Before long, our house was overrun by teens blasting loud music and being disappointed by the paltry offerings of our liquor cabinet. While my daughter now laughs about this event and claims it was the best E-town party ever, I’m not sure I will ever get over finding a condom in the guest bedroom in our attic.

My daughter and her friend were a bit overwhelmed by their sudden popularity. Their lack of experience as illicit party hostesses became evident when they thought a guest was having an asthma attack and called 911. That’s when all hell broke loose. My friend ran down the block, initially panicked that someone was hurt. According to our neighbors, about one hundred kids rapidly abandoned the house like rats from a sinking ship when word got out that an ambulance and a very angry mother were on the way. The girl with asthma turned out to be fine, but my friend’s daughter and mine were not. By the time we came home, the girls were frantically attempting to restore order to what used to be our tidy house.

I’ll confess at this point that these girls had already fooled me once, so shame on me. I should have been savvier about trusting them anywhere near an unattended house. As freshmen, they convinced me that a party they wanted to attend was chaperoned. When I asked for the phone number of the parents hosting the party, my daughter said there was no need. Her friend’s mother had already called, Of course, the other mother was told that I had called. My husband drove them to the house, which he thought looked rather dark. But these girls were good. They convinced him all was well and he left. When we picked them up, they claimed the party was fun and that they had a great time.

I live in a small, interconnected community. The following Monday at work, one of my colleagues was describing a party at her neighbor’s house that resulted in some damage. It seems that the teen who was house sitting decided to throw a party, and things got out of control. My heart sunk. Yep, my daughter was at the party. When my friend and I confronted the girls about the party, they confessed that they had been there and were frightened by what the older teens were doing. They had not broken anything or done anything wrong. Nevertheless, they had not called for a ride home during the melee, which made them responsible in my eyes. In addition to being grounded, they wrote letters of apology and paid the owners $50 each out of their own savings to cover the damage.

The fact that they were the only kids who took responsibility and paid restitution outraged their immature sense of justice. But I felt it was an important lesson. Observing bad behavior and doing nothing to try to stop it was pretty wrong in my book. I naively believed that this would never happen again. I guess it took more than one experience to learn that parties with parents absent were an invitation to trouble.

Getting teens to take ownership of their actions and admit that they made an error in judgment can be tough. Now my former teen party hostess is the parent of children who may indulge in the same behavior, and she thinks that her past hijinks will make her less easily fooled than I was. I hope so. As we are learning from Christine Blasey Ford’s accusation of Brett Kavanaugh for attempting to rape her at what was probably an unauthorized party, things can happen in these circumstances that are life changing. As I explained to my daughter back then, being young does not absolve teens from responsibility for their actions.

My daughter’s party may have rocked my block, forcing me to step up my parenting game and use it as a life lesson for her. Because I believe Ford’s story (what would motivate her to lie and put herself through the hell she is in now?), Judge Kavanaugh’s alleged actions at a teen party have rocked our country.

6 Responses to The Party That Rocked my Block