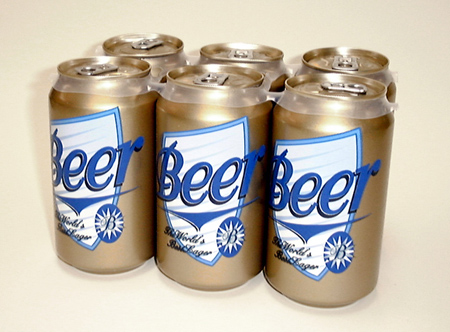 I love parties! I almost always have a great time at them. Certainly college parties are among my fondest memories of those years. But for me, the good ones don’t seem to make for interesting stories. So here’s a story about the worst party of my life.

1966. The drinking age in New Jersey was 21, but at that time in New York it was only 18. From my high school it was less than twenty miles to Manhattan through the Lincoln Tunnel. So it was easy for seniors who were already 18 to drive into the City, buy huge quantities of alcoholic beverages and bring them back. It was quite a business, although I don’t think they made a profit, just charging the actual price of the merchandise.

I only patronized this business once. It was in the spring of my sophomore year, and there was a big party, hosted by a senior. I’m not sure if it was for a specific occasion, but for some reason a number of sophomores, including me, were invited. On Friday mornings we had an all-school assembly, which everyone was required to attend. We were seated by class in ascending order of age, with the seventh graders in the front rows of the auditorium and the seniors way at the back. On this particular Friday, the day of the party, when the principal asked for announcements, one of the seniors stood up and said he would be taking orders in such-and-such place after the assembly. No one asked what the orders were for. The administration and younger kids had no idea. The older kids knew it was for a New York liquor run.

So I went to the designated place and ordered a six-pack of beer. I don’t know why I chose beer, maybe it was the cheapest item on their list. I had never tasted beer and didn’t know anything about it. At my parents’ parties for their friends, they served whiskey sours and Tom Collinses, which I was allowed to taste, and both of which I liked. But of course mixed drinks were not on the menu here.

That evening my mother drove me to the party. She was so trusting, I don’t think she even asked whether there were going to be any adults there. (There were not.) I had arranged to spend the night at my friend Marsha’s house, so I wouldn’t have to worry about facing my parents if I was drunk.

I am amazed as I recall the fact that I actually drank five of the six cans of beer in my sixpack over the course of a couple of hours. I was fourteen years old and probably weighed around 90 pounds. I got really blitzed. There was a boy I liked, a senior, who I knew from playing bridge, and I was hoping to get his attention at the party. But there was another girl who was a senior, who decided to go after him that night. She wasn’t all that interested in him, she told me later, but prom was coming up, and he seemed like her best option for a prom date. The two of them ended up going off into a corner together, and I was beyond upset. Being drunk, I had no inhibitions about expressing my displeasure. I cried and threw a tantrum, saying it wasn’t fair, and he was supposed to be mine. I even said she shouldn’t get him because she wasn’t Jewish (he was), not that anybody really cared about that. I don’t actually know how loud I was, it may have been a relatively quiet tantrum. Luckily, I didn’t hear anyone talking about it at school the following week, so maybe only my friends heard me.

At some point Marsha’s mother came and picked us up and took us both back to her house. I spent most of the night throwing up.

I never did go out with that senior boy I liked. The other girl went to the prom with him, but they didn’t date any more after that, and then they both graduated and went off to different colleges and never saw each other again.

I didn’t drink beer again for at least the next thirty years. It’s still not my beverage of choice most of the time. Generally I only consider it with Mexican food, and then it has to be Mexican beer. With lemon.

Poopin’ on Parties
by Johanna Mackey