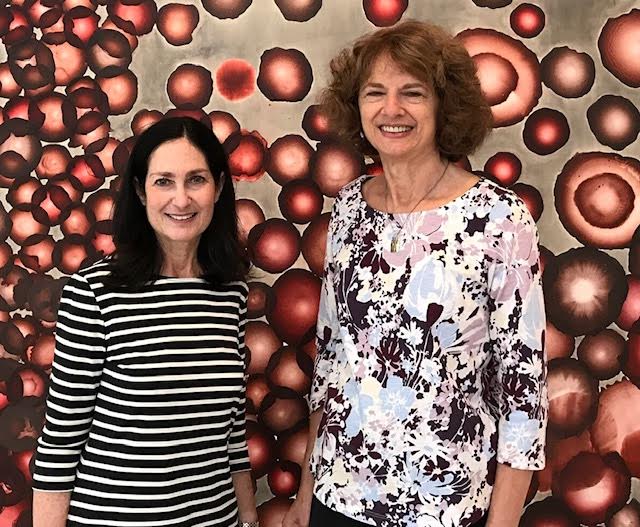 She was bereft at the thought that we wouldn’t write weekly. We were a close-knit group and loved reading and commenting on each other’s stories. We had become long-distance friends and in one case, even met and spent a lovely day together. But when Suzy reached out, I told her I needed some time off. I realized I spent 8-10 hours a week with Retrospect, writing and editing my own stories, reading and commenting on all the others. While I enjoyed it, it consumed a big space in my life and, frankly, I was looking forward to a little breathing room. She, rather wisely, asked if I wrote for the love of writing, or out of loyalty to Patti and John. Some of each, I replied. I am also co-chairing my Brandeis 45th reunion at the moment and didn’t need to put another big commitment on my plate. When I do something, I go all in. So I declined to be one of the leaders of the reboot.

But here I am, writing to the first prompt. As soon as I learned that Retrospect would rise again, my writing brain turned back on (I always think through the story before I put word to virtual paper). I tried to write several times before the site was actually live, since I knew the story would drop on March 1 and I wanted to be ready. I’m just wired that way. Couldn’t disappoint Suzy.

Here’s what’s gone on in the intervening two months since I last wrote:

With friends, we went to the Santa Barbara International Film Festival for 11 days. We saw all sorts of international films and documentaries, some great, some not; most will never find commercial distribution. The best part of this festival are the awards. Being close to LA, they get fabulous people nominated for Oscars to come do Q&A sessions and be presented with awards, so we really get a peek into their lives (better than 7 minutes on Colbert). We saw a panel with all the nominated directors, then Rami Malek, Viggo Mortensen, Glenn Close, Melissa McCarthy, Michael B Jordan, then in more of a group discussion, Elsie Fisher (from “Eighth Grade”), Richard E. Grant, John David Washington, Tamazin McGregor, and Sam Elliott; a really fun event.

The weather was cold and rainy, but we got by. Oh yes, and the Patriots won their 6th Super Bowl while we were there. We had to fit in our viewing between Glenn Close and Melissa McCarthy. Torrential rains caused mud slides, which closed Highway 101 for part of the day before the Super Bowl, so Glenn Close couldn’t get up to Santa Barbara and was postponed into viewing time; what a dilemma! On the other hand, not much happened during the first half anyway. Viggo was more resourceful. He drove as far as he could, pulled off, then found a private pilot to fly him up to Santa Barbara, arriving an hour late. He told us that he wouldn’t disappoint us. He was beyond wonderful in this setting; charming, funny and articulate.

I came home and had cataract surgery. This one didn’t go as easily as my other eye. It took three tries to get the IV needle in (I have tiny veins). After, I looked much more beat up, with bruising under my eye and blood in the white of my eye. The eye tired easily. Now, two weeks later, that is almost all cleared up, but having had an early form of laser surgery on my cornea about 24 years ago, it is more difficult to get a good correction now, so it seems I will wind up with 20/30 vision in that eye.

I had to rest for a week, but am now back to the gym and full activity. Also in full-steam mode on my reunion work, setting up the activities for my class and contacting as many classmates as I can. People seem to think 45 isn’t a special year (unlike 40 or 50) so we are not receiving a great response, though it is early. Brandeis alumni (at least from our year) tend to be apathetic anyway, which bothers me a great deal. Many made great friends while there and say, “I see the people I care about, why do I have to come back to campus? I see them anyway.” I think you should come back to the source, it will give you a new perspective. And besides, give back to the institution that created you.

I’ve contacted about half my list so far; people have been slow to respond. So it just blew me away when I got this email yesterday from an old friend. He came to one reunion, but not the last several. I’d also been in touch with his best college friend, who has never come to a reunion, but I still contact every five years, just because I like to stay in touch. They taught martial arts at Brandeis and were just great guys. Here is part of his response to my email: “It is such a pleasure hearing from you. My memories of you always make me smile and feel good. You have a special gift and are blessed. I have lunch with R once a month. He mentioned your text and echoed the same high regard for you as I have. We don’t always agree on things but we agree that you rock…I hope all is well with you and your family. Tell them you love them.”

I have always been forthright with this community and I will continue to be. The people closest in my life have been slow to praise and quick to criticize, so I do not always hold myself in high regard. When I get feedback like I did in that I email, it just knocked my socks off. So to anyone who might ever read this, take time to love yourself and those close to you. And don’t be afraid to tell them. When I am banging my head against the wall because reunions can be so frustrating and the people I really hope will come don’t, I will look back at that email, and try to love myself a little more.