Rosie and Milt, the Literary Lady and the Second-Story Man by Dana Susan Lehrman
200
(218 Stories)

Prompted By Hacks and Scams
12 comments. 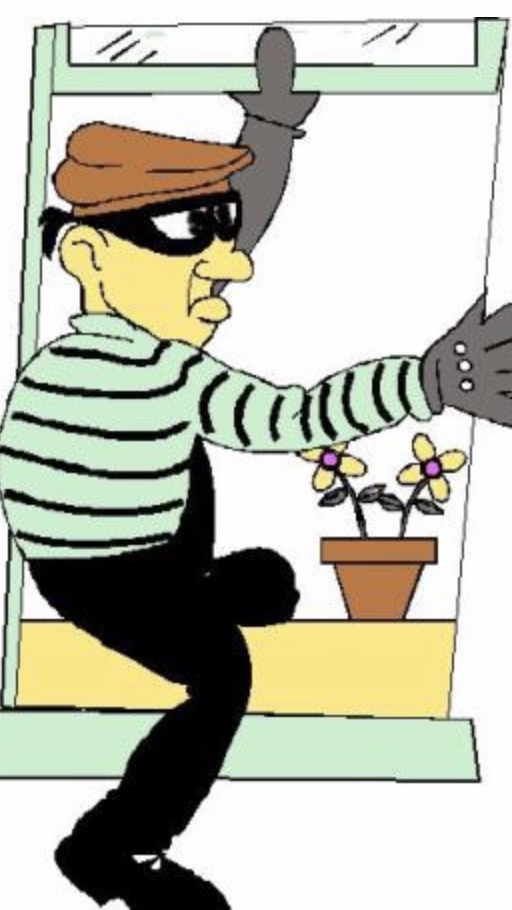 My uncle Milton wasn’t exactly a hardened criminal,  but the truth is he was once caught breaking and entering.

Most of the time Milt was a mild-mannered, slightly absent-minded professor of chemistry at Smith College and lived with my aunt Roseanne in Northampton, Massachusetts in a wonderful Revolutionary-era house at the end of Poplar Hill Road.

Once there had been a sign on their road that read DEAD END, but my aunt Rosie was a published writer and chair of the Northampton HS English department,  and her literary sensibilities were offended by that rather morbid and plebeian phrase.  She pressured the city of Northampton until they replaced the sign with the more cultured CUL DE SAC.

Rosie and Milt were very close to my parents who lived in the Bronx,  and the two couples visited back and forth often.  Every summer my folks spent time in New England enjoying my aunt and uncle’s swimming pool, and during the year Rosie and Milt would come down to stay with my parents and together they’d take in the best of New York’s concert halls, theatres and museums.

But one year just when my parents planned to be away,  Rosie and Milt had to be in New York.  They had the Bronx keys and so it was decided they’d stay in the house in my folks’ absence,  They drove  down from Northampton late in the evening, only to realize they had forgotten to bring the keys.

There were no cell phones or email back then and no way to know if a neighbor had a key or if my folks kept one hidden somewhere.  So my uncle walked around the house and luckily spotted a window that was slightly open.  Standing on a garden chair, he was able to reach the window,  open it further, and hoist himself into the house.  He then opened the door for my aunt.

By now it was nearly midnight and Rosie put the kettle up for tea as they started to unpack and settle in for the night.  Then the doorbell rang.

Milt opened the door to Sgt. Duffy of the 43rd precinct.  It seems a neighbor had seen a man climbing through an open window and had called the police.

My uncle laughed and said the house belonged to his sister and brother-in-law who were away.  He explained that he and his wife had driven down from Massachusetts and had forgotten the key,  but luckily he found the open window.

However Sgt. Duffy was not amused and asked for some confirmation of the story.  But my aunt and uncle had no note granting them permission to use the house, or any proof they were even related to the absent householders.

The officer pondered the situation for several minutes, and then my uncle asked,  “Sergeant, if we had broken into this house with criminal intent, would we have changed into our pajamas?.”

Sgt. Duffy took a closer look at my bathrobed-and slippered relatives and broke into a big grin.  And just then they heard the beckoning sound of a whistling kettle.

”Won’t you join us?”,  asked my uncle, and with a happy nod the policeman followed Milt to the kitchen where my aunt had laid the table.

Sgt. Duffy held out Rosie’s chair and they all sat down to tea. 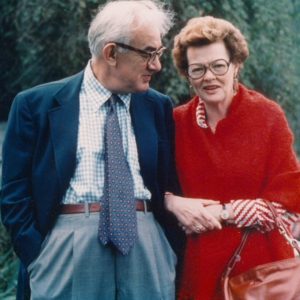 12 Responses to Rosie and Milt, the Literary Lady and the Second-Story Man