Scarlett O’Hara and Me by John Zussman
50
(86 Stories) 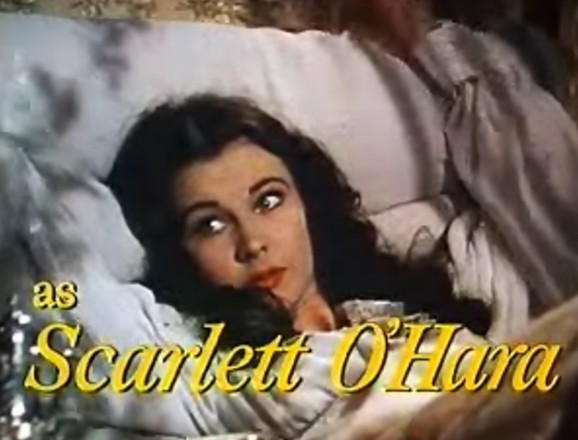 Vivien Leigh from the trailer for Gone With the Wind. Public domain. Source: Wikimedia Commons.

At the beginning of tenth grade I fell head over heels for a girl in my confirmation class at temple I’ll call Amy. Amy was an anomaly among the Jewish girls I knew. She had dusty blonde hair, blue eyes, and an effervescent smile. She was smart and well shaped. Her voice was a husky, sultry alto, and there was something flirty and seductive about the way she looked at you. By October I was smitten.

Even by tenth grade, Amy had developed, like Scarlett, the ability to dangle young men from her fingertips. I dangled gladly.

Amy was the class secretary and I was the president, so we spent a lot of time together. Once I got my driver’s license I would drive up Ten Mile Road to her house. We would usually end up in her bedroom, which was, as I recall, frilly and lacy with stuffed animals. Not that we made erotic use of the setting; her mom was in the next room, and I was far too timid anyway. We would discuss class business, to be sure—planning our confirmation service or class gift—but mostly we just talked, while I tried to keep from staring at her with desire. My palms sweat even now, remembering. 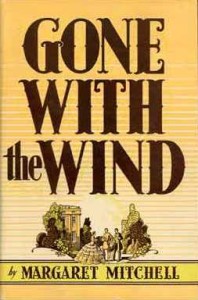 I learned that Amy patterned herself after Scarlett O’Hara in Gone With the Wind. I don’t just mean she loved the movie, or even the book, which sat, worn and well-thumbed, on her night table. No, Scarlett was Amy’s role model. She wanted to be just like Scarlett. She wanted to be Scarlett, and was not dissuaded in the least by the fact that Scarlett ends Gone With the Wind alone. Even by tenth grade, she had developed, like Scarlett, the ability to dangle young men from her fingertips. I dangled gladly.

Later that fall, our temple youth group went off to a weekend retreat at a summer camp about an hour out of town. It was well chaperoned and heavily scheduled, with Shabbat services on Friday night, Saturday morning, and Saturday evening, and workshops and study sessions in between. Hearty meals were sandwiched by singing—mealtime blessings beforehand, religious and folk songs afterward. Each day ended with a “friendship circle,” in which we all held hands crosswise, right over left, and sang “No Man is an Island.” Still, there was plenty of time for recreation and socializing, and at one point, Amy approached me and asked if I would meet her later, alone.

This sounded promising. I had not had a girlfriend before. Was this where we would declare ourselves, agree to “go steady,” and seal it with a kiss? Over the next few hours, my heart raced. I could concentrate on nothing else.

When we finally met, she dashed my fantasies quickly. She was enamored with someone else, she told me: Billy, our bright, quiet, class vice president. She didn’t know whether he returned her affections. I had been his friend for years. Could I talk to him and find out how he felt?

I burned with ardor and disappointment. Could she not see how devoted I was? I tried to put into words how much I liked her. To her credit, she let me down easy. “I like you too,” she said with a sympathetic smile. “Just not in that way.”

I swear, I approached Billy for her. He was simply not interested, proving (in my eyes) that he was crazy. But if I thought that would help me when I reported back to Amy, I was wrong. She had only begun to fight, and had a whole book of enticements to attract him. Besides, she said, “You and I are such good friends. I wouldn’t want to spoil that.”

Banished to the Friend Zone. Had we had that concept in the ‘60s, I might have given up, knowing my dreams of winning Amy were doomed. But we didn’t. So I hung around her for most of the year, being her friend, hoping she would notice, as she flirted with Billy to no avail, that she had a devoted suitor right next to her. But she never did. Eventually I cut my losses, gathered up my pride, and moved on to other, more reciprocating girlfriends, just as she moved on to other boyfriends.

Looking back on it now, I wonder why the obvious solution never occurred to me: read the damn book myself. I might have learned that while Amy was pining for Ashley, what she really wanted was Rhett. I’m not sure I could ever have channeled Rhett Butler the way Amy channeled Scarlett O’Hara. But there was a whole book to teach me, had I only opened it up.

5 Responses to Scarlett O’Hara and Me