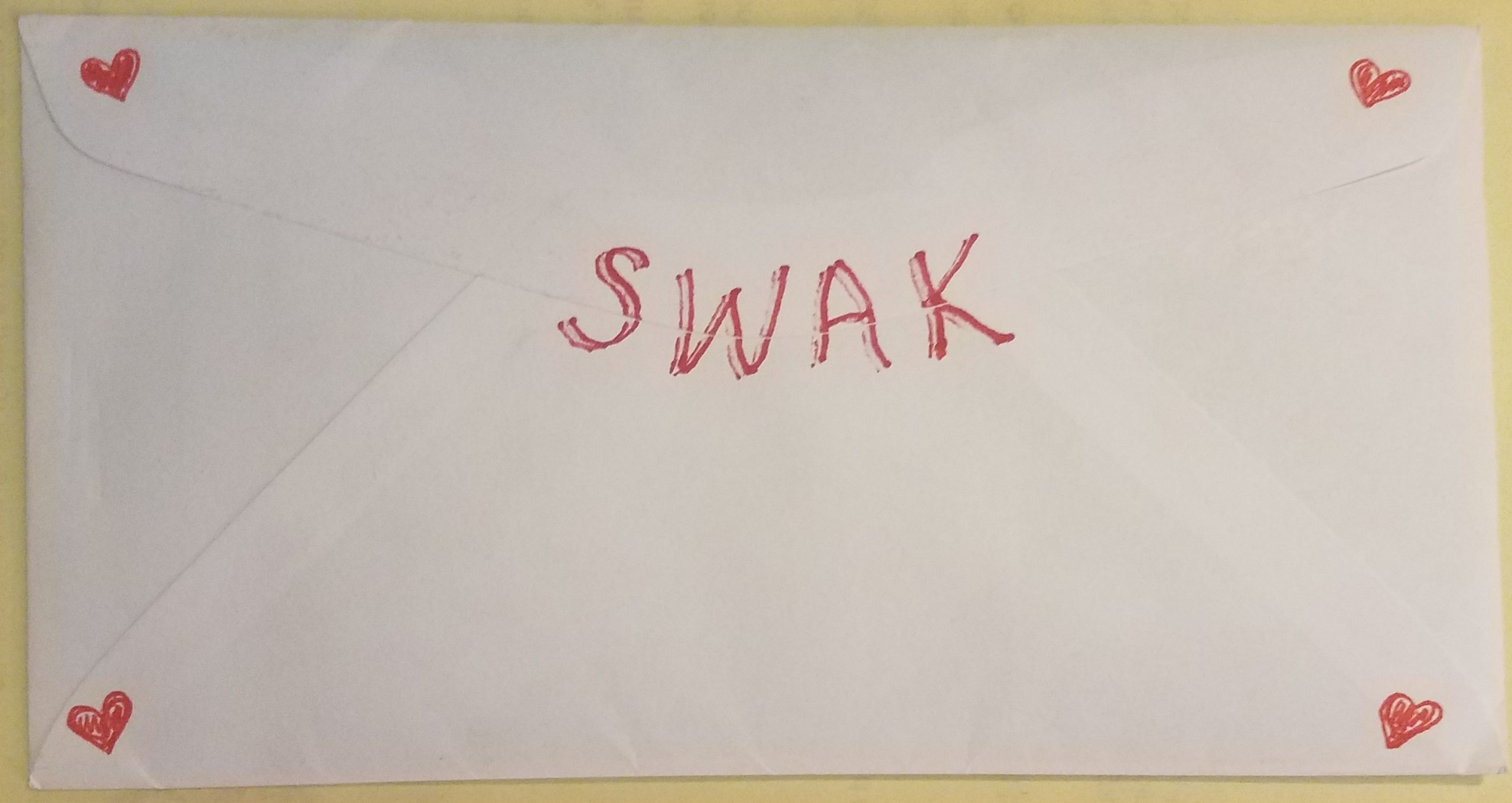 I will admit that I have done many embarrassing things in my life. I’m sure that at least some of you can relate to that. The realization, whether sudden or gradual, that you have said or done something stupid, followed by the feeling of your face getting hot, and the knowledge that it must be turning beet red. Then desperately hoping for a hole nearby that you can crawl into.

If you say something embarrassing, you may be able to deny it plausibly. That's not the case if you embarrass yourself IN WRITING!

The way I usually embarrass myself is by talking about someone in a too-loud voice when it turns out that they are within earshot. Sometimes it is clear that they have heard, and I have to scramble to explain that I didn’t really mean what it sounded like I meant. Other times I am not so sure they did, and then the question arises whether to do anything, or just pretend I never said it and hope that they either didn’t hear, or are unsure whether they heard what they thought they did. In my clearest memory of this type of embarrassment, I am walking up the stairs in my high school, on my way to Spanish class, and we are complaining about the Spanish teacher. Just as I loudly say something derogatory about him, one of my friends whispers, “Suzy, shhh, he’s right behind us.” Oh no! I never knew for sure whether he heard me or not, so I just tried to be a model student after that, hoping he would forgive me if he had.

At least if you say something embarrassing, you may be able to deny it plausibly. That’s not the case if you do what I did on one memorable occasion – embarrass myself IN WRITING! Here’s the story.

It was my second year at National Music Camp in Interlochen, Michigan — 1962 — which means I was turning eleven at the end of the summer (late August birthday). I can’t remember where at camp I met this boy named Eric, whether he was in one of my classes or at some other activity. I have this vague feeling of seeing him at the waterfront, but I know they had separate lakes for the boys and the girls, so that probably isn’t right, unless they occasionally had co-ed swims. Maybe other NMC campers can enlighten me on this. I’m not sure why I decided to go after him – it may have been that all the girls in my group were picking out boys to like, and I picked him. But I didn’t know how to flirt with him (they should have had a class on how to flirt), and was trying to figure it out. Then I found out that he liked a girl named Frances. Frances had blond hair in a pageboy haircut, like the Little Dutch Boy, and was much cuter than I was. She liked him too, and they became boyfriend and girlfriend. I was crushed. I kept hoping they would break up, but they stayed together all summer (at least as much as that very regimented camp allowed boys and girls to be together).

Some time that fall or winter, I had the idea of writing to him and telling him that he should be with me instead of Frances the following summer. I don’t even know how I knew his address, but I did. Actually, I can still remember his address now, almost six decades later. I looked it up on Google maps today to check my memory by seeing if there was really a house with that number on that street in New Rochelle, and there was. And this is what it looks like! Holy cow! If I’d known I was sending a letter to a mansion like that, I might have been more intimidated. But send it off I did, with SWAK on the envelope.

After what seemed like an interminable amount of time, but was probably only a week or so, I got a letter back from him. It was very friendly and polite, thanked me for writing, and said something like it was hard to know what the summer would bring. I showed it to my mother, and she said it was such a good letter that she thought HIS mother must have drafted it.

By the time the next summer rolled around I was mortified at what I had done. At camp I quickly saw that Eric and Frances were back together. I figured he had probably told her about my letter, and I did my best to avoid both of them all summer. NMC was such a huge camp that this was not that hard to do. At the end of the summer, I breathed a sigh of relief and thought my embarrassment was over.

But wait, it gets worse.

Fast forward to the fall of 1968, five years after that last miserable summer at NMC. At some point after I arrived in Cambridge for my freshman year of college, I made the shocking discovery that Eric was also a member of the freshman class! What were the odds of that?! This same kid, who lived in New Rochelle, New York and had gone to camp with me in Michigan was now in college with me in Massachusetts. I’m not sure if I saw his name somewhere first, or just ran into him, but there he was, instantly recognizeable. I was mortified all over again. Would he remember me, and/or the letter I sent him? It was a while before I got up the nerve to introduce myself to him and ask if he remembered me. He had a vague recollection that we had gone to camp together, and had written to each other, but not the specifics. Obviously it wasn’t as big a deal to him as it was to me. And his mother probably did write the letter he sent to me. We became friendly but not real friends in college, and did not go out with each other (the way we would have if it were a movie instead of real life).

I just looked him up in my most recent reunion report (the red book). He actually lives in California now, although in the San Diego area, nowhere near me. He is a psychiatrist, has a wife who is not named Frances, and two grown kids. I wonder what became of Frances.

16 Responses to Sealed With A Kiss