Sitting by the Window by Jennifer Swanton Brown
10
(21 Stories) 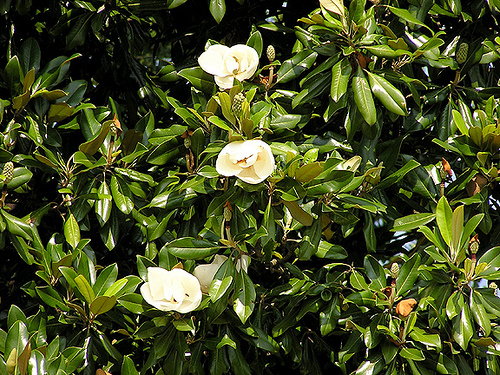 Getting divorced is not fun. Not not not. In my case, it was the last greatest gift that my first husband gave me, and I am grateful to him for having the courage to leave me when he knew that we were lost and I couldn’t couldn’t see to take the step. That being said, the pain was spectacular and not something I was prepared for. This story is about the moment when I realized I would live.

After my first husband left me, I thought I would die of the pain. I was wrong.

We fell in love my freshman year in college, lived together off and on, and got married the February of my senior year. I had graduated early the previous December, such was the hurry I was in. I think I understand my motivations now (that’s a lot $$ of therapy) but then I was just glazed over with love and rarin’ to go. We lived in San Diego for a while, where we’d gone to college, and when he was offered a great job in the Bay Area, we came back north. Our families were within 50 miles. We bought a condo close to his job that we could barely afford. I worked in a fabric store, then went back to school to study nursing. We had a very cute puppy, who later had puppies. Our lives were normal (a warning sign?) and I was happy. I wasn’t very old and not particularly smart about some things.

One night, after a dinner and dancing party hosted by the Emergency Room in the hospital where I worked, we came home late and tipsy. He said he’d sleep on the couch. Weird, but okay. The next morning I woke up and came downstairs; he pretty much launched right in with “I don’t love you anymore, I don’t want to be married to you anymore, and I don’t want to be married at all to anyone right now.” What? This was not my beautiful life.

Needless to say, I was shocked and horrified, embarrassed and very confused. Eventually I got angry which didn’t last long (although I did haul him out of his office one day and pummel him with my little girl fists in the parking lot) and then came the fear, self doubt, and just plain stomach churning pain. Long story short, my family and friends rallied, his family was furious, my grandmother reassured me over the phone from Florida that I would find love again. I stayed in school, kept my job, and recovered from a bizarre eye infection I am convinced was caused by stress. I cut my hair so short my father asked me, “Does anybody like it?” I kept swimming, and a very wise MD in the ER reminded me not to drink whisky in the morning at the end of a night shift.

My mother helped me find an apartment that wasn’t a dark moldy cave. It was tiny but on the second floor and had two large windows. The one in the bedroom looked out into a huge magnolia tree. I could just fit between the bed and the window if I sat on the floor curled up in a ball; I spent a lot of time sitting there, looking out that window. It was a good place to cry.

One day sitting by the window, it occurred to me that it might not be possible to hurt more than I did at that moment. Somehow, this thought became the small tender idea that this was as bad as it was going to get, that the only thing that could happen now was that I might start to feel better. I can’t explain it. It doesn’t matter. We talk about how a light bulb goes off in your mind when you have a good idea; this was more like a window, that had been smudged and greasy with smoke and shut tight, opening a crack. There might be fresh air to breath again. The sun might shine. I was going to live.

This really is pretty hokey, I realize. But I’ve never forgotten the moment when things turned. It felt like something popped. Maybe I was just exhausted and fell asleep for a second. Maybe an angel visited. Maybe my butt was finally sore enough from sitting wedged into that tiny spot on that crummy carpet for so long. I’m sure there is a neurological explanation for what my brain did. Science is cool like that. You know the way a pendulum works? I had reached my equilibrium position and was on the upswing. In astronomy, the point opposite the zenith is the nadir. One is the highest point across from where the observer sits, the other the point in the celestial sphere directly below. My heart had arrived at its nadir and lifted like a planet continuing in its orbit.

Things were not all flowers and sunshine. The divorce was quick, but the healing was long. My mother taught me to pray (and many of us grew up singing) “to everything there is a season, a time for every purpose under heaven.” Whether you believe in a divine or chaotic order (and yes, I know that’s an oxymoron), things move. I turned that day. I’m still turning, up and down, around and around.

4 Responses to Sitting by the Window