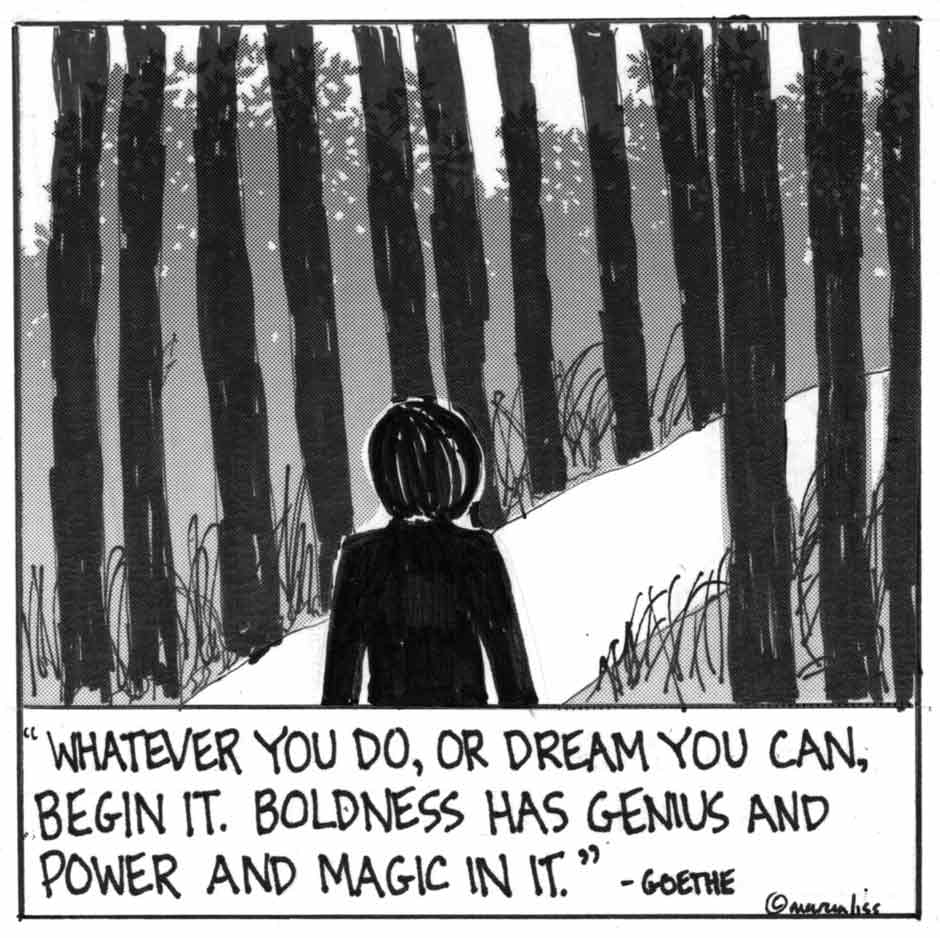 One of my favorite poems, Robert Frost’s The Road Not Taken, includes the famous last stanza,

I have been thinking lately about the many different roads or turning points that have made up the map of my life thus far. Sometimes, the choice of path was the more traveled one. Sometimes, I chose the one less traveled by. Looking back on a lifetime of choices, it seems like some of the most important ones chose me.

I shall be telling this with a sigh

Two roads diverged in a wood, and I—

I took the one less traveled by,

And that has made all the difference.

When forced by a fork in the road to choose a path, Frost takes the one fewer people have chosen.  I guess if you are going to be a poet, that’s the right choice for you. But I have been thinking lately about the many different roads or turning points that have made up the map of my life thus far. Sometimes, the choice of path was the more traveled one. Sometimes, I chose the one less traveled by. Looking back on a lifetime of choices, it seems like some of the most important ones chose me.

Of course, I selected my college major (English), but getting certified to teach high school was my mother’s idea and I readily accepted it. There were probably many other roads I could have taken, but it would have required effort on my part to find the trails. Even my choice of husband was far more casual than what happens these days. We were young and in love. Back then, when you felt that way, you got married. We have been traveling this road together for over 50 years, so even though we didn’t think too much about our initial decision, it was the right road for us.

Starting a family also seemed to choose me. That turning point represented a detour in my career path, but it just felt like it was the right time. I was 25 and had taught high school English for four years. My husband was still in medical school and we lived off my meager earnings. Perfect time for a baby, right? Somehow, we made this major life decision without giving much thought about how we would survive financially. But we did, so it turned out to be a good path for us. Two more kids and ten years at home – I was ready to choose a new road, but what? Well, I loved little kids and, when asked casually if I wanted to teach preschool, I decided to give it a try. In those days, the main qualification for that job was being nice, and I guess I passed.

My next turning point was probably my first well planned choice. I went to graduate school to earn a master’s degree in early childhood leadership and advocacy. Halfway through graduate school, I applied on a lark to be director of the preschool in which I was teaching and I was handed the job. Seven years later, embroiled in endless and fruitless negotiations with the church that wanted to change the philosophy of the preschool, I, along with an amazing group of parent volunteers, decided to start a new program. None of us gave much thought to the enormity of the task. If we had, we probably would have selected another path. This was definitely a road less traveled, and none of us grasped the magnitude of the journey. We plunged ahead down a road with no markings and marched forward.

In hindsight, we had an ambitious (you might say ridiculous) agenda.  It included raising funds, finding a location for the new school, and registering families for a preschool that was just a concept at that point.  A budget was drafted using an amazing new program, Quicken. A list of over twenty locations that could potentially rent us space was compiled. When none of them were suitable, we figured out how to buy a building with no down payment and renovate it on a shoestring budget. A plan to solicit funds, materials, and toys from families who were sympathetic to our plight was put in place. Yes, that’s right, we had no toys, storage units for them, tables, chairs, easels, art supplies…in short, we had nothing but a dream. Miraculously, Cherry Preschool opened on September 21, 1992 – only a week later than we had hoped.

Starting Cherry Preschool was definitely one of the huge turning points of my life. Retiring in June of 2013 was another. Like many retirees, I struggled with choosing a new path. I felt unmoored and unsure of where to go. It was only by luck that I connected with Deborah Siegel in the office of Cherry Preschool shortly before I left. A writing coach, consultant, lecturer, and author, Debbie asked what I planned to do upon retirement. She suggested I write a history of the preschool, especially focusing on its founding. After doing that, I had a 20-page document of over 7,000 words. Clearly, I needed some coaching if I planned to write in my retirement. 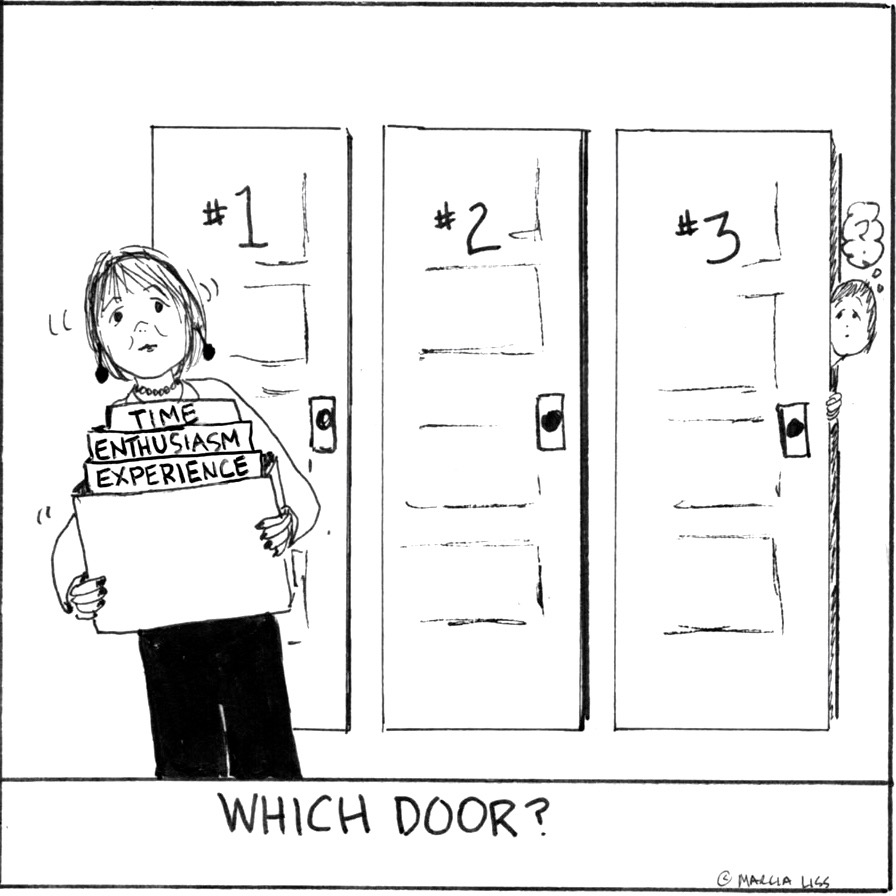 I started blogging back in September 2013 with no idea what I was doing or what I wanted to say. Having grandkids with special needs and young grandkids just entering preschool and elementary school combined with my career as an educator to provide the fuel for many posts. There was just so much that needed fixing in education. I soon discovered I had a multitude of other interests outside of education. I developed a strong need to share how I felt about a wide range of topics, including generational shifts, aging, retirement, pop culture, healthcare, genealogy,  parenting and grandparenting. More and more, my posts fell under the category of “life style opinion.”

I’ve always been a collaborator and one of the best things about my encore career as an author/blogger was finding cartoons by Marcia Liss on my Facebook feed. I thought there might be some synergy there, and I was right. She was just a bit ahead of me in her reconciliation with her retired status, which turned out to be very helpful in getting over my funk. At that point, I was feeling what Marcia wisely called the “Loss of the Boss” syndrome. What I learned after many breakfast meetings and collaborations with Marcia is that I needed to create a new path for myself. 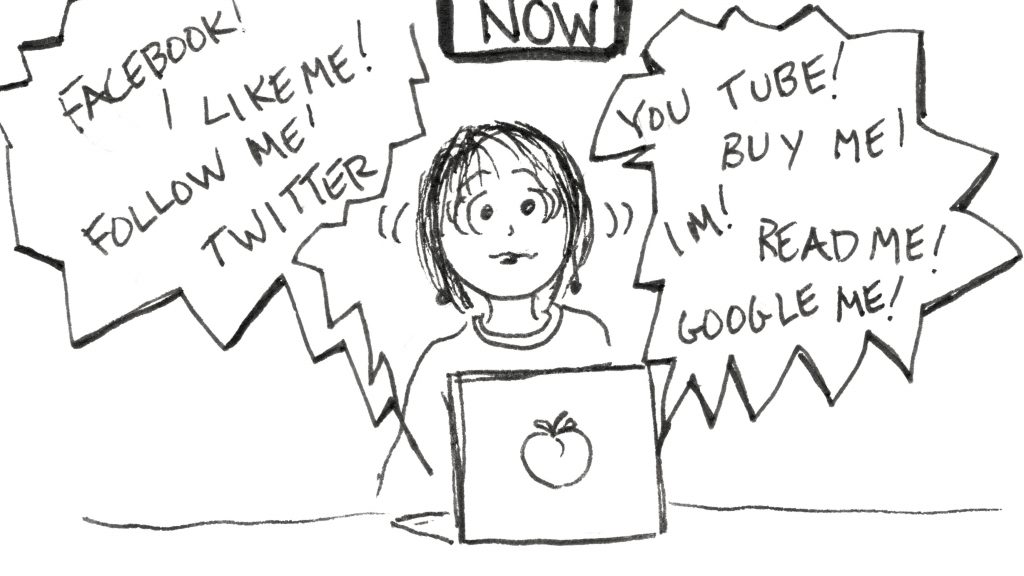 When my mother died on April 19, 2015, I was still trying to find my way as a recent retiree and new blogger who was about to turn seventy. Thus, another turning point, this one of my choosing. In addition to blogging, I started writing a book. My mother understood my inability to focus on just one thing. She always told me I tried to do too much at the same time. She was also my biggest fan who thought everything I wrote was brilliant and worth sharing with her lady friends. So while I wrote Terribly Strange and Wonderfully Real thinking of Paul Simon’s lyric, “How terribly strange to be seventy” (Old Friends/Bookends), I really wrote the book for my mother.

Shortly after my retirement, I did what most retired women in my community do. I joined a book club. My first assignment was to read The Unlikely Pilgrimage of Harold Fry by Rachel Joyce. It’s about a recently retired and frankly boring Englishman who embarks on a 627-mile walk to see an old acquaintance who is dying of cancer. Not the pick-me-up I was seeking, but I always do my homework. Much to my surprise, I loved the book. It spoke to me as a recent retiree. On his strange pilgrimage, Harold discovered, “It was the journey that mattered.” Find a path for yourself and just keep walking. Life is filled with many turning points, and it’s never too late to start down a new path.

Fred Rogers, one of my personal heroes and the wise and gentle guide through Mr. Rogers’ Neighborhood, said,

As I look back at the bigger picture of my personal journey from career to parenthood to new career to retirement, life is all about those turning points which send you in a different direction toward a new purpose.

2 Responses to Turning Points on Road to Retirement

The Day We Start To Die
by Gary Faules