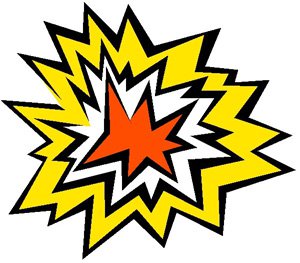 The first time the prompt Turning Points appeared was in August 2016, and I wrote Universe ablaze with changes about the 1968 Democratic Convention in Chicago. That event was a major turning point in my life, setting me on the political course that I have followed ever since. In the subsequent fifty years there have been undulations in the path of my life, but nothing else quite so dramatic. . . until now.

In my adult life, I can hardly think of a more momentous turning point than the end of Retrospect, which occurs tomorrow! Even as I write this, I have trouble believing that it is true. For the past three years, reading and writing stories for this site has been a major focus of my time. I first joined Retrospect when it was in beta testing. College classmate John Zussman posted on our class listserv in December 2015, telIing us about a new venture he was launching and asking for beta testers. I was intrigued, and wrote to him immediately to volunteer. I had to sign a confidentiality agreement, and as a result, I didn’t even tell my husband about it. He was amazed, months later, to find out what I had been doing so secretly, but I had signed a promise not to tell anyone, and that included him! I think there were only about a dozen people writing and reading then, and we got to know each other well. Some of the beta testers stopped writing after the site went public, which was puzzling to me. I’ll admit that I had a small twinge of fear, thinking about the fact that anyone on the internet could read my stories, but I soon came to feel that I liked that idea, because they were stories I was proud of.

While I didn’t write every single week, I certainly tried to write most weeks, and I read and commented on the stories that were posted every week. I have posted more than one hundred stories over three years, for an average of thirty-five stories per year. I wrote the most stories in 2017, the second year, because the first year I was a little bit slow to get started, and by the third year there were many repeat prompts where I had already written one story and didn’t have anything more to say in another one. Monday was always an exciting day, because that was when the new stories went live. And after I posted a story, I was on tenterhooks until the comments started coming in. I am going to be at quite a loss without all of that.

In May 2017, the Retrospect team interviewed me and then posted the interview as a blog entry entitled “Retrospect changed my life.” Since I spent a lot of time thinking about my answers to their questions, I am reprinting some of them here.

How did Retrospect change my life?  “One way is that it introduced me to a community of writers who have become valued friends. Another is that by writing every week I have become a better writer. A third is that it has inspired me to delve into many experiences from my past that I might never have remembered if it had not been for a Retrospect prompt.”

Why do I want to tell my stories?  “I feel that it is important for me to write down these memories, because even though my children are not interested now, I think they will be some day, and by then I may not remember, or may not even be around. I wish my parents and grandparents had had a place like this to share their memories.”

What is my experience with the community?  “Getting comments on my stories from the other writers at Retrospect is part of my incentive for writing. It is always so satisfying to read what they have to say about what I have written. On three different occasions, my story has led another author to write a story in response to mine, which is also extremely gratifying.”

The amazing friends I made in the Retrospect community are a significant part of my life, and I hope to keep in contact with them even after we are no longer reading each other’s stories. We got very close without meeting in person, because we learned things about each other from our stories that even our closest relatives or friends might not have known. In those instances where we finally did meet, it was like greeting an old friend, not making a new one.

Perhaps I will find a new place to write stories, but nothing will ever take the place of Retrospect.

The Day We Start To Die
by Gary Faules