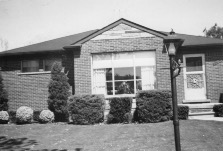 In 1952, my family made the trek from our old Detroit neighborhood to the brand-new suburb of Oak Park, Michigan. Malvina Reynolds’s song Little Boxes, made popular by Pete Seeger, best describes our new suburban home:

Suburbia and my mother were grooming me for my future occupation of Mom.

Little boxes all the same,
There’s a pink one and a green one
And a blue one and a yellow one
And they’re all made out of ticky tacky
And they all look just the same.

That November, we moved into our “starter” suburban home in which I lived until I left for college. At the time, mud and construction were all around the house. Our block was filled with boys the age of my brother Rick. He had eight instant friends and I had Susan, who was a couple of years older than I. Sadly, she was no substitute for my cousin Annette, whom I left behind in Detroit. Our house at 24030 Jerome looked so much like all of the others on the block that I went to the wrong house walking home from my first day of school.

Oak Park, the first suburb built outside of Detroit, consisted of small, ranch-style homes. Stimulated by the GI Bill, which aided veterans in buying new housing, highways that improved commuting, and planned developments that were all the rage in the fifties, Oak Park from 1950 to 1960 was named “America’s Fastest Growing City.” Its population increased sevenfold, from 5,000 to more than 36,000. This explains my meandering educational path growing up. I was shifted from building to building as the school system tried to keep up with the rapid influx of kids whose families were fleeing Detroit.

There were some special features that came with our suburban abode. For one, we had a milk delivery box by the back door that was just big enough for my baby brother to crawl through to open the door for us if we were locked out. No latch key kids back then, although I have no idea why my mother wasn’t home to open the door. I had my own room at the front of the house, just off the “living room-dining L.” My brothers shared a room meant to be a den, with no closet and doors on each end to pass from the back hallway to the kitchen. We all shared a bathroom. These houses were not air-conditioned. No dishwasher either. As the daughter, it was my job to dry the dishes every night. 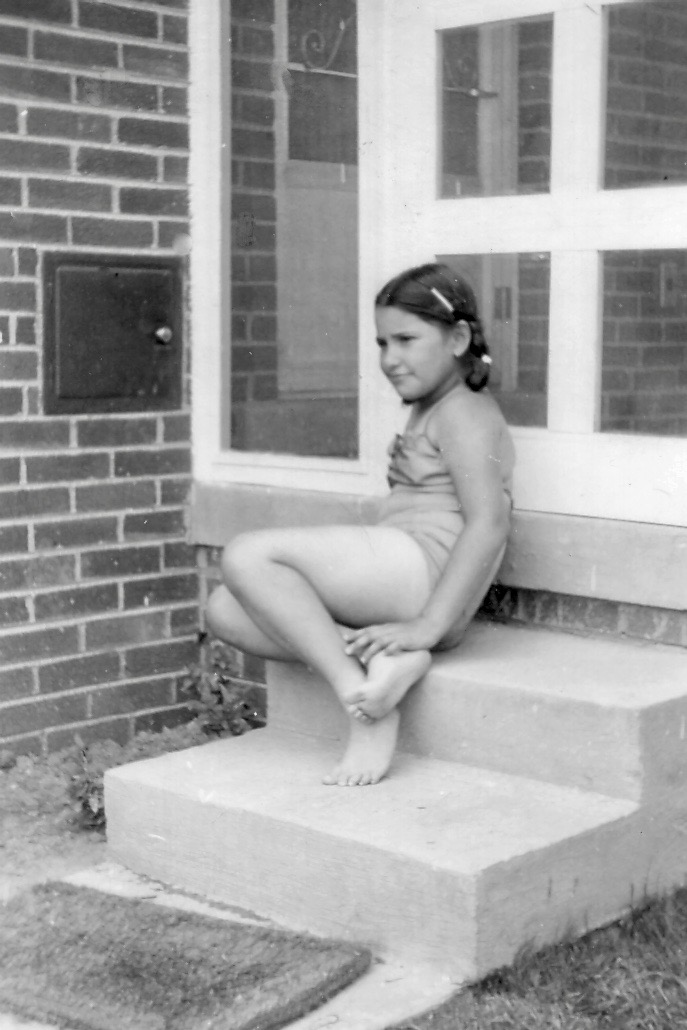 The milk delivery box and me

I was also expected to help my mother with housekeeping. I didn’t mind ironing simple things like handkerchiefs and remember my mother madly ironing clothes while watching the McCarthy hearings in 1954. I knew he was a bad guy, but she never bothered to explain why. I also dusted according to her three-times-a-week schedule, but never understood the concept, as nothing was ever dirty.

Initially, I went to Francis Scott Key School, which was a few blocks away. All of the kids came home for lunch every day to eat in front of the television with Soupy Sales, White Fang and Black Tooth. I’m pretty sure we had a full hour, not the twenty minutes allotted to kids these days.

I vividly remember my third-grade teacher, Miss Cartwright, because she was so frightening. Miss Cartwright and her paddle confirmed all of my worst fears about school. Yes, in suburban Detroit in the fifties, corporal punishment was fine with parents. Most of the paddling recipients were boys. Johnny McCormick, who tended to talk out of turn and disobey her, was paddled every morning at the start of class to remind him to behave. I don’t think I ever raised my hand to answer a question that whole year. I was quiet and kept a low profile lest she paddle me as well. In Miss Cartwright’s class, we read nonfiction passages by going around the room and taking turns reading aloud. For someone so worried about making a mistake, this exercise was pure torture. I would try to calculate which paragraph would be mine so I could practice it in my head ahead of time, barely paying attention to the content of the lesson.

I don’t remember much about fourth grade except that I was sent to a different school due to overcrowding. I think that was also the year we attended school in split shifts, so my brother Rick went in the morning and I went in the afternoon. It wasn’t until fifth grade that I felt at all comfortable in school, mostly due to having a great teacher, Martin Hollander. I may have been back at Key School at that point, as they were building new elementary schools to accommodate all of the baby boom kids flooding the suburb. Mr. Hollander said we could run the class as a democracy and vote on what we wanted to learn. I have a vivid memory of the day he took our democracy away due to bad behavior and how crushed we were. I also remember him placing me in charge of the class when he left to do something, and my dismay when my classmates became loud and rowdy and refused to acknowledge my authority. 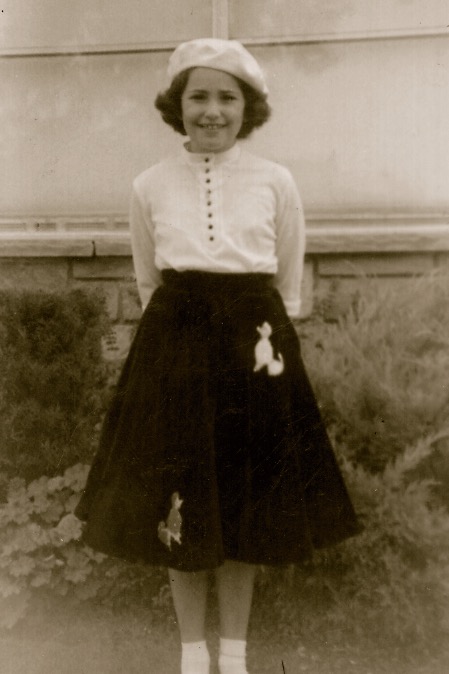 I guess I was a pretty immature fifth grader by today’s standards. When I had an emergency appendectomy that year, all I wanted was a Tiny Tears doll. After spending a week in the hospital, I came home to give my doll bottles of water which came out as “real tears” and pee. So fun to change her diaper. Suburbia and my mother were grooming me for my future occupation of Mom.