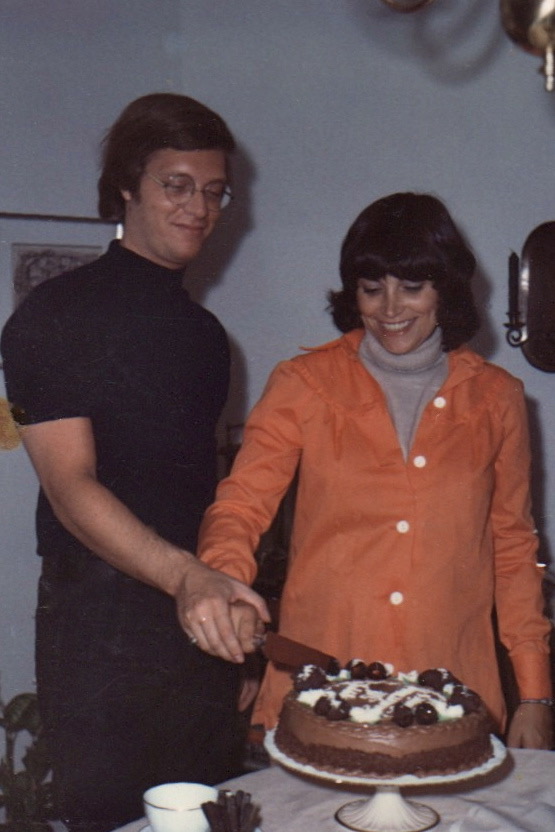 I have had five pregnancies resulting in three children. Although this happened after the era in which they had to kill a frog or rabbit to discover if a woman was pregnant, it was well before the era of ultrasounds and peeing on a stick. Gender reveal parties were not a thing because there was no way to know about that until the baby arrived. Becoming pregnant was shrouded in mystery back then. There was always an element of surprise when I became pregnant.

Becoming pregnant was shrouded in mystery back then. There was always an element of surprise when I became pregnant.

My first pregnancy itself was an actual surprise. We had decided the ideal time to start our family would be at the end of the school year of my fourth year teaching high school English. Back in 1971, pregnant teachers were supposed to quit in their fifth month. I figured I could cheat a bit and make it to June, when my husband would graduate from medical school and start earning some money. An August or September baby would have been perfect. Except that Jonathan was born June 10, so surprise indeed, because we would have no income those last couple of months. I had to cash in my pension to survive. 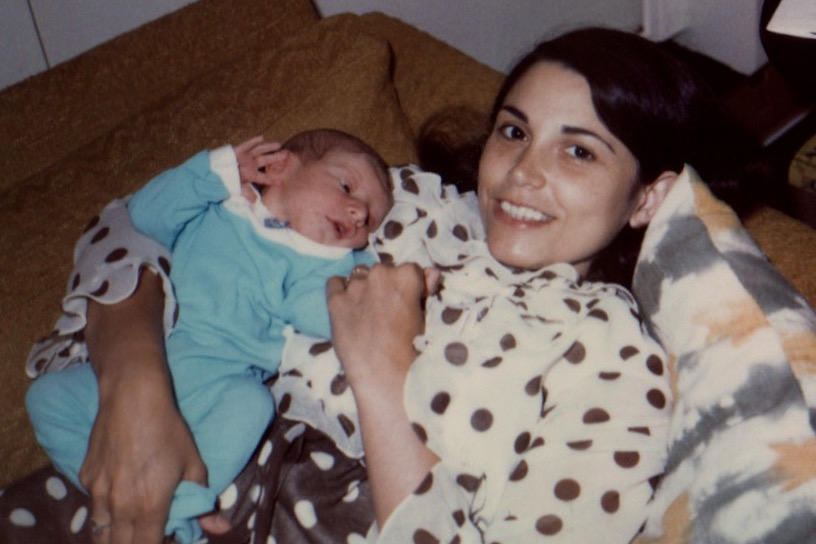 Things were so different back then. The Supreme Court didn’t give married couples the green light to use the pill until 1965, and it became legalized for all women in 1972. My gynecologist recommended I go off the pill well in advance of when I wanted to become pregnant to give my system a chance to recover. That seemed like great advice because my system never recovered. In fact, I went to see him because it seemed like I would have trouble conceiving, only to discover I was already pregnant.

My next pregnancy followed a sad surprise. In December of 1972, my father-in-law died of a heart attack at age 57, leaving us longing to have another child to have something happy in our lives and to honor his memory. At the time, we were living in a high-rise development on the campus of Michael Reese Hospital in Chicago. The medical residents, including my husband, loved it for the convenience. Their wives, including me, hated it for the confinement. We were trapped in an island surrounded by unsafe neighborhoods. Each building had a sandbox and there was a small park for the kiddies (message – have babies). For the wives, there was a small grocery store and drug store as well as a restaurant we couldn’t afford to frequent that often. So, we bonded with our sisters and had babies. Getting pregnant with a second child when the first one was not yet two-years-old was common practice. So, no surprise that I had Alissa just before the one-year anniversary of my father-in-law’s death and named her for him. 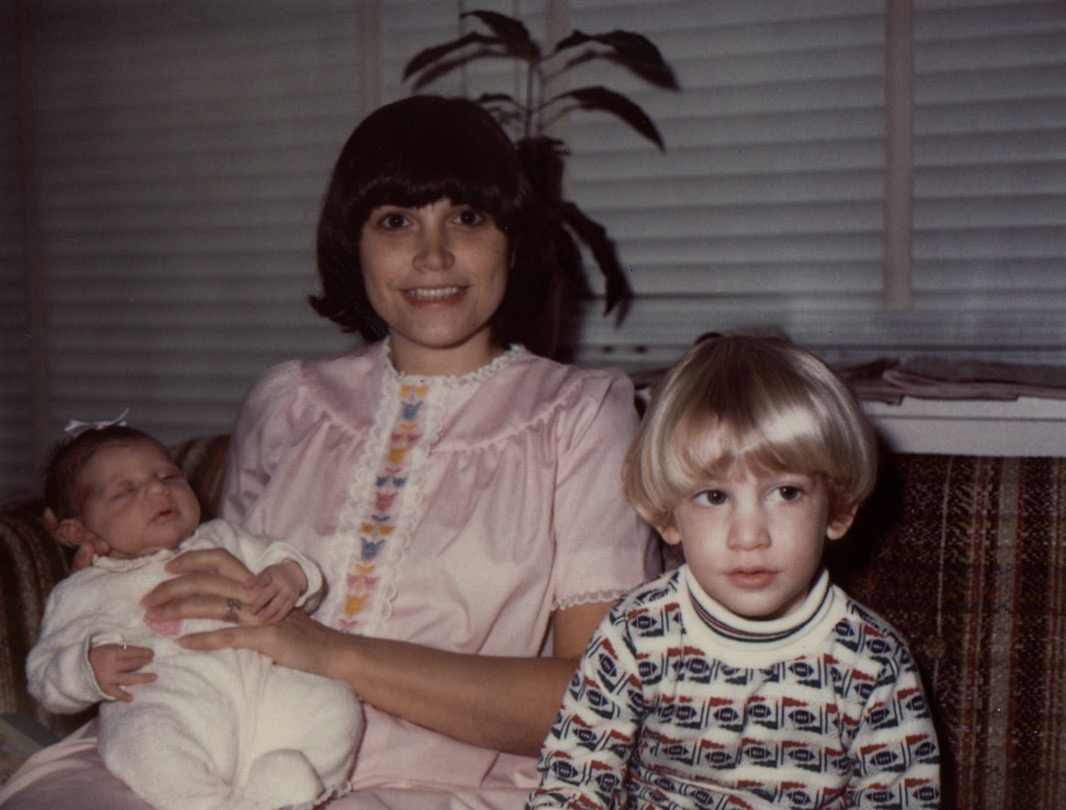 The third time I became pregnant was a terrible surprise. My kids were three and 11 months when I had intense stomach pain after eating a “tunnel of fudge” chocolate cake at a dinner party. After trying home remedies all night, I went to the hospital where they discovered I had an ectopic pregnancy. After emergency surgery and several days in the hospital, I returned home minus an ovary, fallopian tube, and gynecologist. The latter had misdiagnosed my condition on a routine exam just before the emergency. He thought I had an ovarian cyst but didn’t mention it to me because, “Most cysts dissolve on their own and I hate to worry my little women.” Yeah, I needed a new doctor. Wish I had at least known something wasn’t normal so I would have responded to my surprise pregnancy sooner.

Did I mention that I love babies? In fact, I had hoped to have four of them. Now I was down to one ovary and didn’t know if I could become pregnant again. But, surprise, I did. And surprise, I had a miscarriage. That happened in 1976, an era in which feelings about miscarriages were not shared. Because I already had two children when I miscarried, I didn’t receive much sympathy or support. Maybe that’s why I never talked about the experience. No one really wanted to listen. It was meant to be. You are lucky you already have two children, and even one of each gender. You can try again. (To read more about this experience, see my story The Baby I Didn’t Have Forty-One Years Ago.)

Now I was determined to beat the odds, have that third child, and surprise everyone, including myself, with the fact that it was possible. And three months after the miscarriage, my gynecologist informed me surprise, you’re pregnant. This time it worked and I was delighted to have Dana in February of 1977. I also discovered that three kids were enough, thank you. The next time I had the urge to nurture something, surprise, I got a dog. But that’s a story for another time. 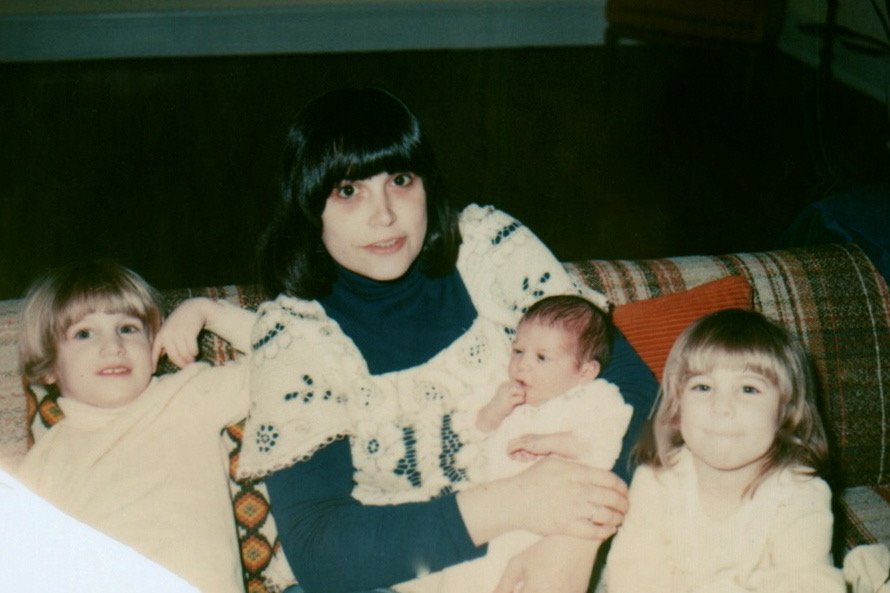 Baby #3 — I think I was wearing a table cloth