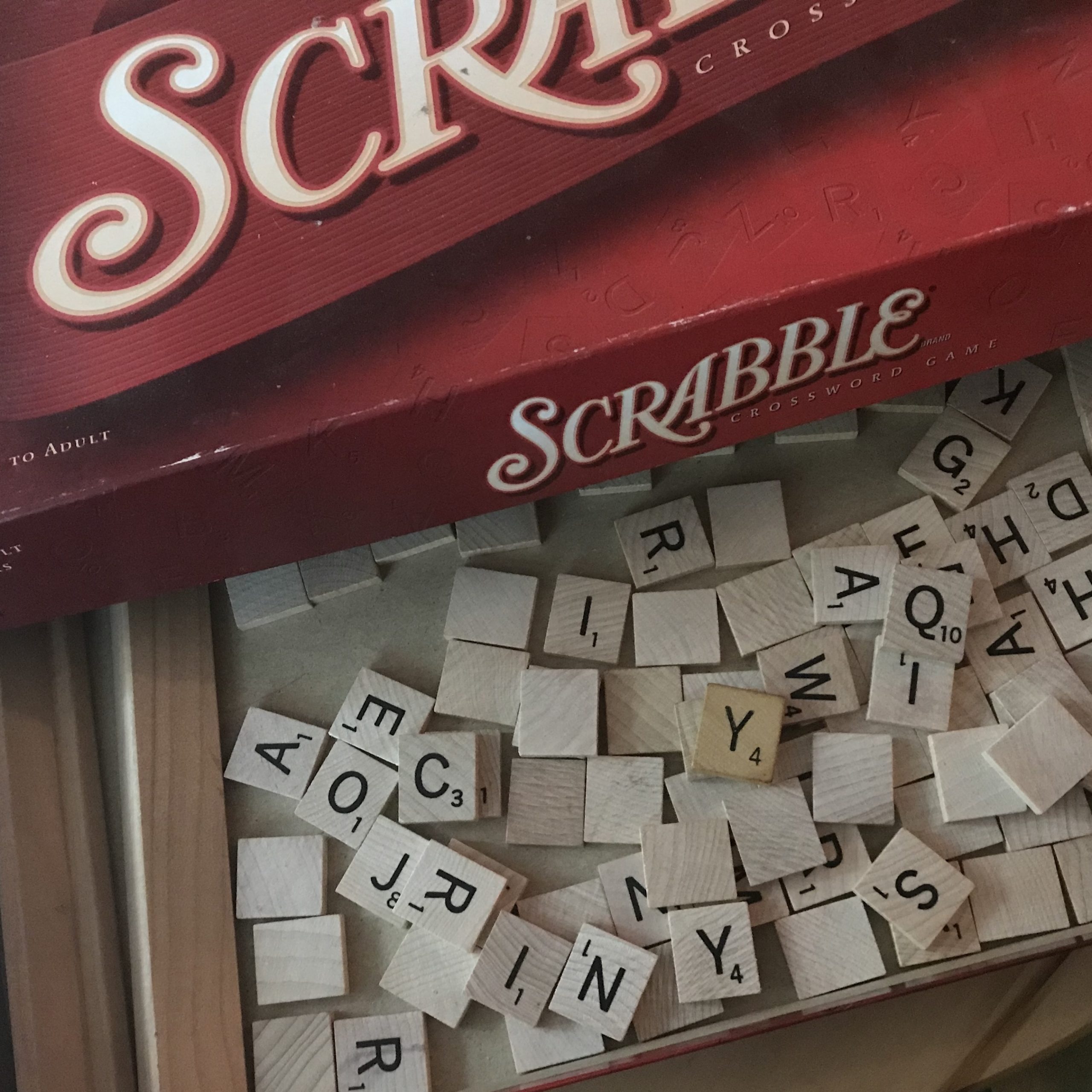 Brought to You by the Letter Y

I love the game and that’s why the Scrabble gods watch over me.

Last summer I was playing Scrabble with friends out on my deck.  After the game I folded the board and while I was sliding the tiles back into their little bag,  some slid off the table to the slated deck floor,  and I saw one tile fall,   literally,  through the cracks.

Our deck is elevated about five feet off the ground, and it’s dark and spiderwebby down there.   But down I went while above me my friends banged on the deck floor to show me where the tile had fallen.   Crouching around under there with a flashlight in hand I searched,  but to no avail.

So we dumped out all the tiles,  and sorted and counted to see which one was missing,  and determined it was one of the two Ys found in every set.   If you know Scrabble you know Y is a valuable letter in any hand and a four-pointer to boot.

One can order replacement tiles,   but I usually have some stray ones in my desk that have somehow gotten separated from old Scrabble sets that are long discarded –   and over the years I’ve owned quite a few.

I looked in my desk and sure enough there was a single tile lying facedown in the drawer.   It was a few shades darker than the tiles in my new set,  perhaps discolored with age,   but it would certainly do,  and I could use a black marker to relabel it appropriately.

Then I turned it over.   It was the letter Y!

Now what did I tell you about me and the Scrabble gods? 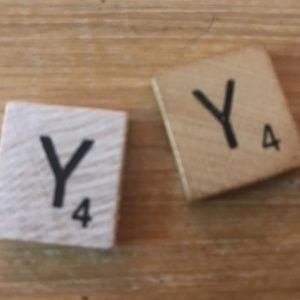 G is a very brainy and accomplished guy –  a physician by profession and a Bridge player by avocation  – a Life Master as he’d be quick to tell you.    G is a close friend of ours,  and I’m fond of him,   but I must say he’s ridiculously competitive and far from modest.

Now I may not be as brainy as he is,  but I am a damn good Scrabble player.

Years ago G and his wife went though a contentious divorce and he  was living alone and rather forlorn.   I felt sorry for him then and often invited him over for dinner.    (Actually I was a go-between in that divorce,   but that’s another story.)

One night I mentioned I loved Scrabble.   Characteristically,   G  professed to be a great player and challenged me to a game.   My husband Danny,  who doesn’t like board games anyway,   left the room to watch the Yankees on TV.   I cleared the dinner dishes and brought out my Scrabble set.

Although I’m a good player I’m not a competitive type,  I’m in it for the fun.   I’m out to beat the seven little tiles on my rack,  not the friend sitting across the table.   But G of course was out for blood,   and so when I slaughtered him,  rather than giving me a sportsmen-like,  ‘Well done Dana!’ ,  he just grumbled.

Then as I was gathering up the tiles,  the ballgame ended and Danny came back into the room.   I glanced at G and I saw panic on his face,  and I knew him well enough to know why.    He was afraid I’d tell Danny I’d won the Scrabble game and he would be humiliated.

But the Yankees had just won their game and as Danny regaled us with the play-by-play,   I saw G‘s face relax.

Since then I‘ve never mentioned my great Scrabble victory,   but I like to think G still lives in fear that one day I’ll let it slip.   So I’ve decided to keep mum and keep him on tenterhooks.

A brainy punishment for his hubris at my Scrabble table,  don’t you think?

12 Responses to Tales of the Scrabble Table