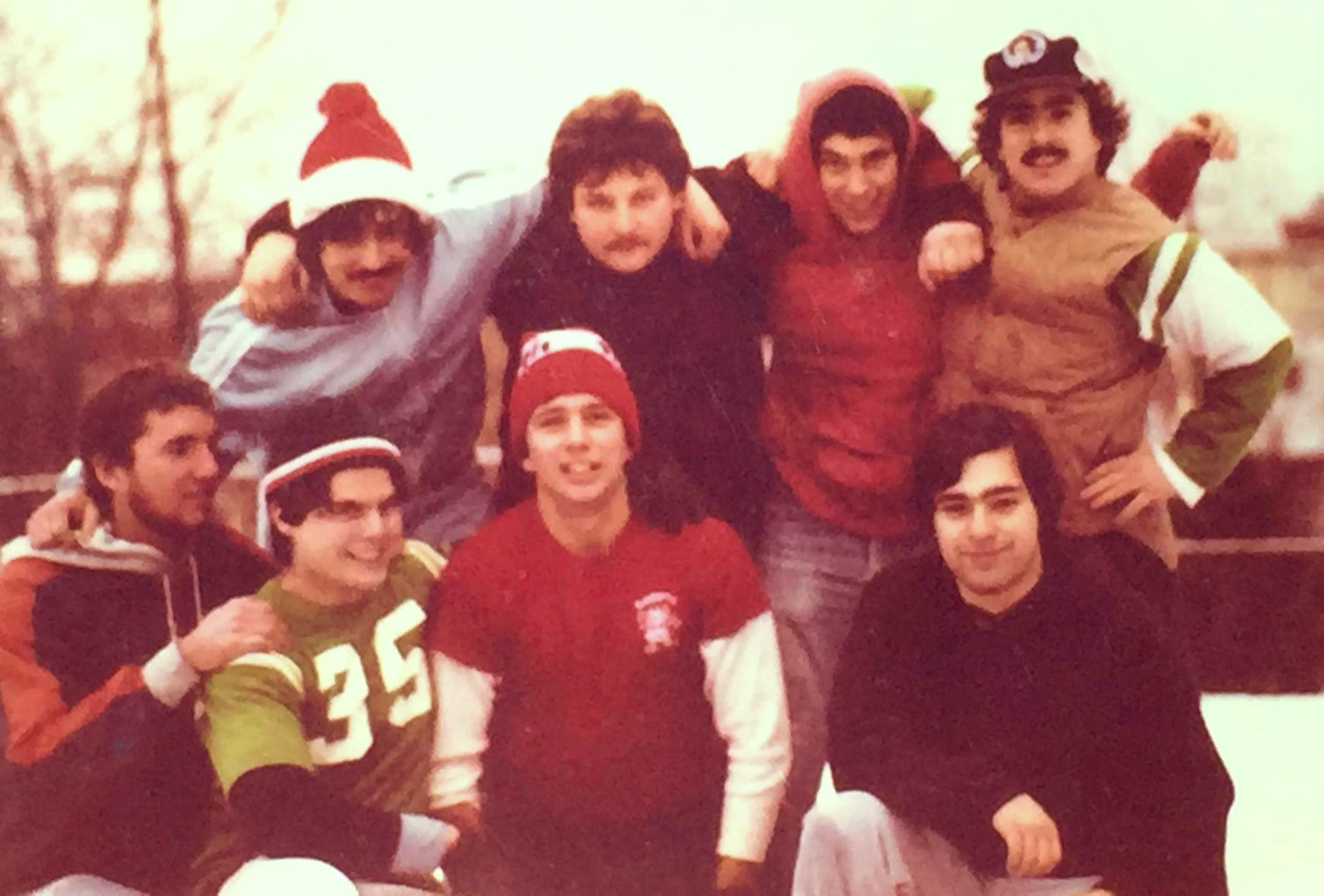 The subject of this story is in the back row with the red hoodie. I am front row right in the dark sweater.

I am not a big fan of reunions or reconnecting with people from my past. I have a very bad track record in that regard. Usually it has been disappointing. Once, it was very painful. I generally feel that what is dead is best left to rest in peace.

I've heard that with a true friend, absence means little.

In the fall of 1997, one of my best friends, whom I had know since eighth grade, suffered a traumatic brain injury. At first it seemed that he had escaped the accident with no more than a headache, maybe a mild concussion. But as the months, and then years, passed, his personality changed. His behavior deteriorated. It was eventually discovered that he had suffered significant contra coup injuries in his prefrontal cortex.

He became forgetful, especially of things and people he had known for many years; some memories are forever gone. He had insomnia, or nightmares. He suffered deep depressions. He went through periods of mental absence which became more and more frequent, and which were eventually diagnosed as petit mal seizures. Most frightening of all, and utterly out of character, he developed a violent hair-trigger temper. It got so bad that his wife almost left him out of fear for her own safety.

Embarrassed by his memory loss and afraid of his new personality, he withdrew from most of the people he had known before the accident. My emails and letters were not answered. Phone calls were a minute or two of desultory mumbling, or were begged off with “too busy to talk.” As this went on, my attempts to maintain the friendship dwindled. Patience and reacting well to rejection have never been great strengths of mine.

Months passed Then years. Like a decaying isotope, with the passage of time, our connection weakened.

Around 2015, I had an idea. He is a baker of some renown, and my wife makes damn good cookies herself. So, after consulting with his wife, with whom I did speak with some regularity, I called and invited myself over to exchange Christmas cookies. I was somewhat surprised that he said yes.

He told me later that he was very much afraid of what might happen when I came over. He dreaded us sitting in his kitchen, staring at each other and making meaningless small talk, with nothing left to say. He feared the final end of hope. He nearly cancelled several times. But his wife pointed out to him that the worst case was the same as the present reality, so there was nothing for either of us to lose.

I’ve heard that with a true friend, absence means little. You might not talk for years, but when you do, all the time blows away like chaff in the wind. Some people have no friends like that in their lives. I had two.

I have two again.