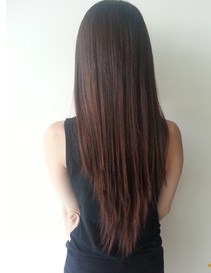 The musical Hair opened on Broadway in April 1968, and I saw it some time that spring with my friend Amy, who lived in Manhattan. Amy had been my roommate the previous summer at a program for high school students at Syracuse University. It was Amy who first introduced me to marijuana, so it was fitting that we went to see Hair together. We were probably stoned at the time. We adored this groundbreaking show that glorified long hair, and hippies, and drugs, and the anti-war movement. The title of my story, as you may have recognized, is a lyric from the title song.

My hair was a focal point of my life long before that musical, and has continued to be throughout my life. Hair in the places it was NOT wanted was, over the years, bleached, waxed, shaved, tweezed, electrolyzed, and lasered. Hair where it WAS wanted, on my head, was braided, ponytailed, teased, straightened, dyed, grown long, cut short, and never, ever exactly the way I wanted it. Much more than clothes or shoes or make-up, it was the degree of my satisfaction with my hair that always determined whether I felt good about my appearance on any given occasion.

In high school and college, when it was so, so important to have long, perfectly pin-straight hair, my curly locks were the bane of my existence. I used home hair straighteners with names like Curl Free and Uncurl, which would work for a few weeks, unless it rained. I also had it professionally straightened at the beauty parlor, but that was only a little more successful. Ultimately I took to ironing my hair to get it straight. This entailed kneeling down in front of the ironing board and spreading sections of my long hair over the board. Holding my hairbrush in one hand and the iron in the other, I would use the brush to pull the hair taut, then follow the brush with the iron over the entire length of the hair. Since I couldn’t see what I was doing, I would sometimes start to put the iron down on the hand holding the brush, and I would end up with little triangular burn marks on my brush hand from the tip of the iron. But I achieved the result of long straight hair, parted in the middle, that was so crucial at that time. I started growing it long at the beginning of high school, and continued all through college and law school, with only occasional trims. At its longest it was below my waist. Always, I ironed it to make it pin straight, and always if there was rain or high humidity, it curled anyway.

Janis Joplin was the first celebrity I can remember who let her curly hair be natural. Much as I loved her, I was still more interested in looking like Joan Baez or Joni Mitchell. However, as the ’70s were coming to a close, I finally surrendered to my curl. Having graduated from law school, now working at my first “real” job, where I frequently appeared in court against much older (male) attorneys, I wanted to look professional, and I wanted to look older. Both of these goals seemed to dictate cutting my hair short. Once it was short, it was impossible to keep it straight, because it was the weight of my long hair that had helped to control it at least somewhat. So I started investigating curly hair styles. In the decades since then my hair length has fluctuated up and down, but I have always let it be curly. Hairdressers now invariably rave about how wonderful my curls are, and I just have to laugh and say “Where were you in the ’60s?” 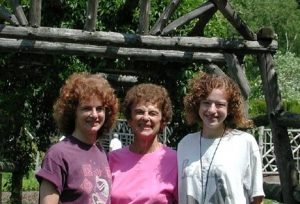 19 Responses to The beauty, the splendor, the wonder of my hair