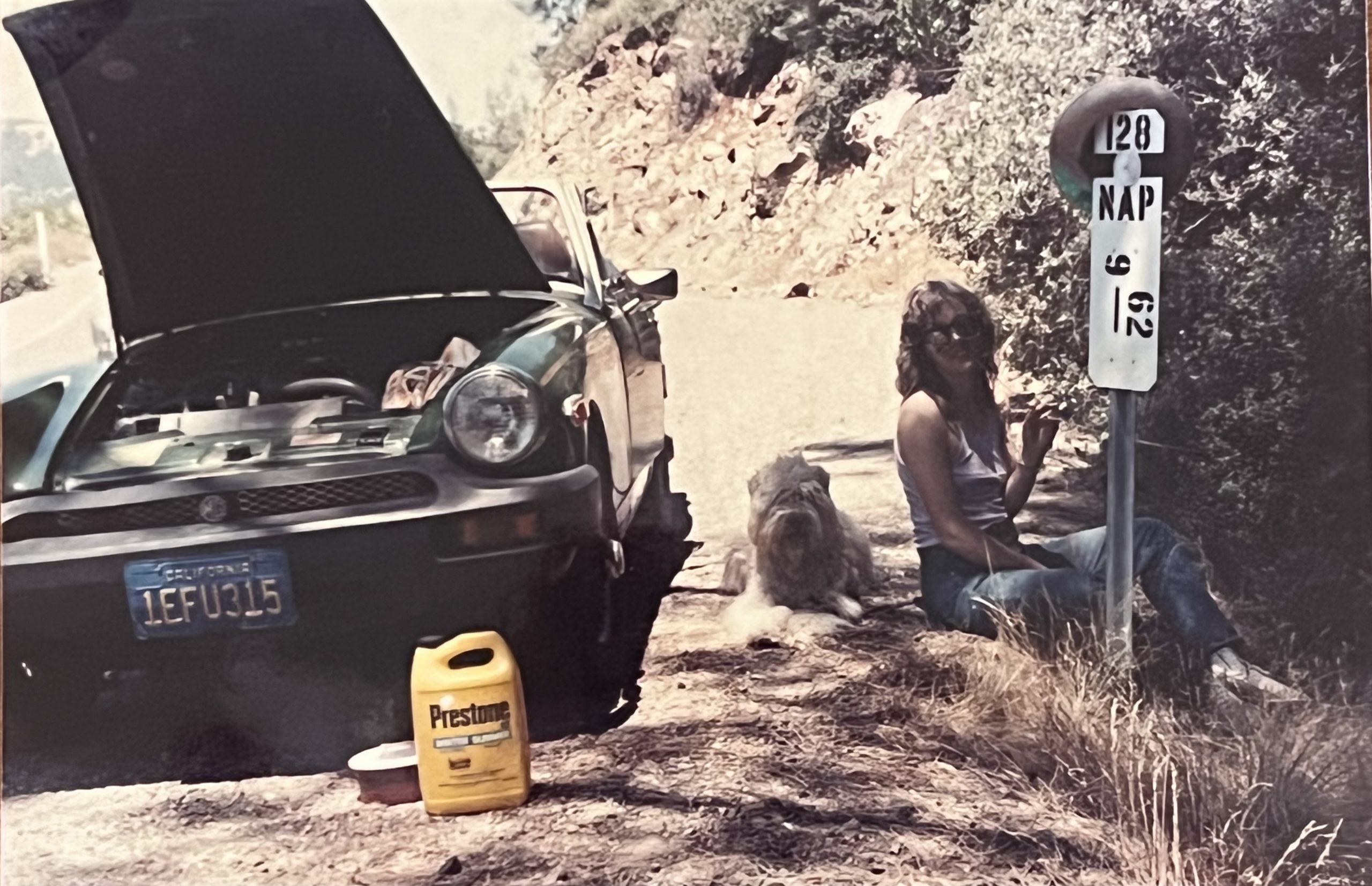 Sally’s MG was prone to break down

Sally bought a sporty little MG convertible, forest green, far from new.  It was irresistible, especially when she thought about how cute the new dog would look riding shotgun or in the tiny back seat.  It was also extremely unreliable, prone to breaking down at inopportune moments (as if there ever were an opportune time).  British electrical systems and all that.

Sally gallantly offered that I could take the MG, but I wouldn’t consider it—far too untrustworthy to risk taking over the bridge.

I had a Honda Accord hatchback, bought new, reliable over many years and across the country, and marginally sporty with its dull red color.  It was the trusted, if mundane, workhorse.  The cars maybe implied something about our respective personalities.

In any case, the time was the mid 1980’s.  One evening I was supposed to attend a meeting in San Francisco, across the Bay Bridge from Oakland, and the good old Honda inexplicably and suddenly died.  Big problem.  Sally gallantly offered that I could take the MG, but I wouldn’t consider it—far too untrustworthy to risk taking over the bridge.  Instead, I called around for a ride, and managed to catch Alan (also in the East Bay) before he left for the meeting.

I waited outside on the porch steps for him to arrive, finally catching a glimpse of him and then trying to suppress the mixture of horror and grim humor when he turned up in—what else?–a beat-up little forest-green MG.  It was vaguely reminiscent of meeting death in Samarra.  But what can you do when fate is in control?  I got in.

We shared stories of unreliable MGs as we headed out, because of course he had them too.  And as we neared the pre-bridge maze, the car began to sputter and shudder on cue.  At the last minute, he diverted it to an off-ramp near Children’s Hospital, where it died completely.  At least we weren’t on the bridge, and there was enough room on the shoulder to park the car.  But we did have to abandon the car and all hope of getting to the meeting, and then walk down the ramp and another mile or so back to Alan’s house to make phone calls.

Then what?  I have no recollection of how I finally reached home, defeated.  Maybe Sally came and picked me up in her little MG.

13 Responses to The Little MG That Couldn’t