Prompted By One Year of the Pandemic
19 comments. 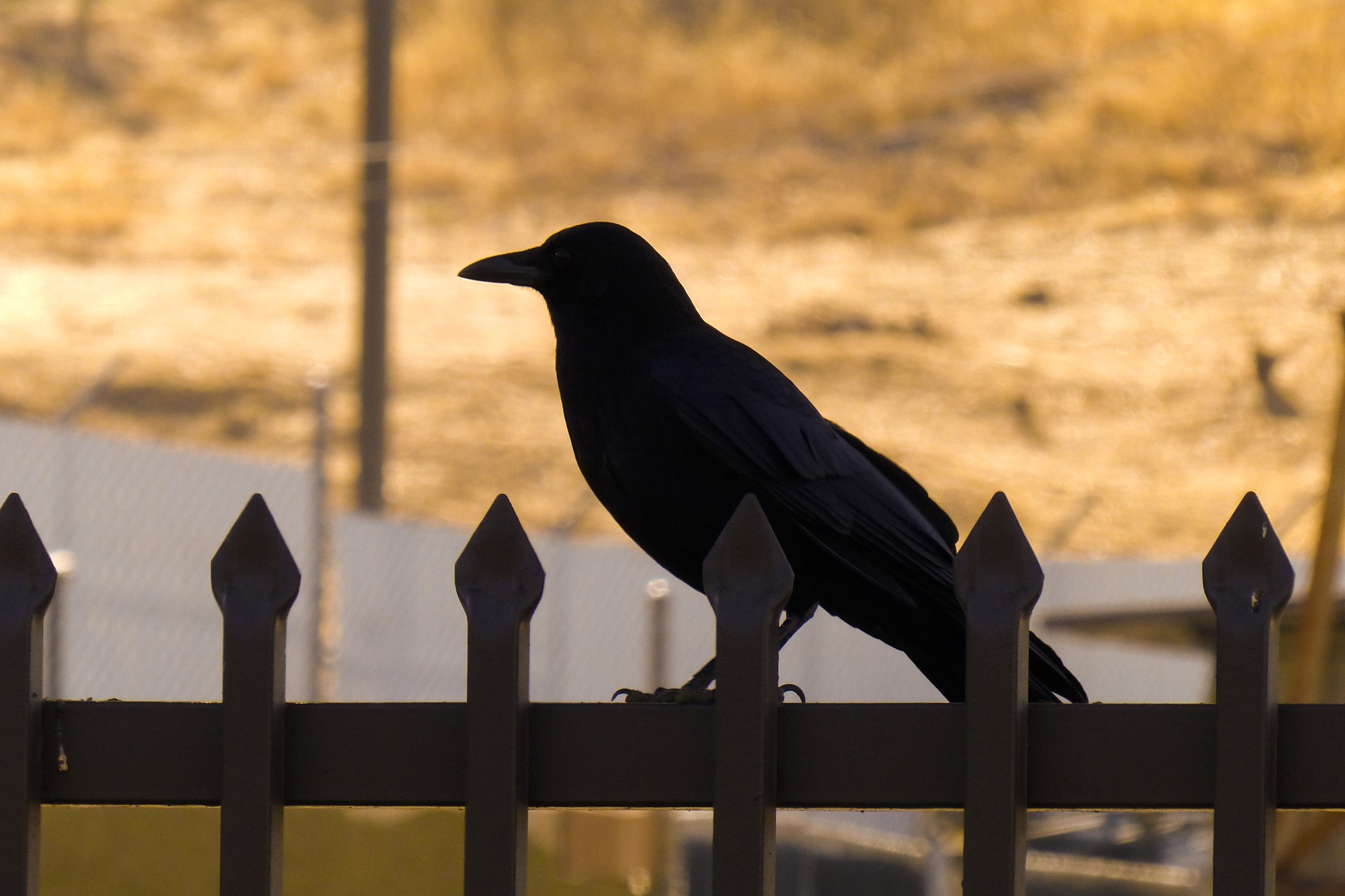 I never liked crows–until this year. Before the pandemic, I thought of them as unpleasant, even scary birds with raspy cries. The collective for crows is “murder,” which lends even more menace. Years ago crows killed baby songbirds in my back yard, dashing them to the ground from the nest. I spent the rest of the day crying.

After a couple of incidents this winter, I've concluded that I'd unconsciously adopted the successful survival strategies of the crow.

But in 2020, I got to know the crows along my neighborhood streets, almost as individuals. One bird in particular would greet me most mornings when I went out to get the newspaper, briefly leaving its territory on my driveway to waddle onto the sidewalk near me. On my frequent exercise walks, I would watch the murders gather on the streets to pick up seeds and then fly to the trees. Research confirmed that crows are among the most intelligent and versatile of birds. They will eat just about anything and switch between foraging, scavenging, and hunting.

So what do crows have to do with the pandemic year? In normal times, I behave like a forager and occasional scavenger–resourceful, patient, and not liking to draw a lot of attention to myself. I’ve acted more like the little finch that takes shelter in the large jade plant on my side patio. And certainly I hadn’t wanted to hunt. But, after a couple of incidents this winter, I’ve concluded that I’d unconsciously adopted the successful survival strategies of the crow. One silly incident occurred about two weeks ago.

For no apparent reason our cable provider started showing errors on our TV screens, which then froze. The messages said that the trouble was on their end and to be patient and keep trying to switch channels with the remote. After a couple of hours of trying, I went on the provider’s website, which indicated that all our connections were fine and suggested I try to refresh the entire system virtually using their software. When I proposed to my partner Dick that I go ahead and do this, he said absolutely not, that it was the provider’s responsibility.

I waited again, and by this time it was the following morning, and the TVs were still frozen. I just decided to take action, went back to the website, and refreshed the system. The TVs were up and running within minutes. Done! I realized that in the pandemic environment I was less willing to trust and wait, and more inclined to take action and assume risks, and be as flexible as the crow. Not enough seeds? No more patience: time to hunt.

The ultimate pandemic challenge, and one of the lowest points for me, was at the beginning of this year–the struggle to get a vaccination appointment. Once people in my tier were authorized to try, I approached the task as a forager and scavenger, observing the set of rules provided–which meant just waiting. After about a week, I realized this was going nowhere, and by questioning some rules and statements that turned out to be incorrect, I found I could try other sources and was able to get an appointment–more than two months down the road! I couldn’t find anything earlier. I even called the provider for the appointment I had, and after a 30-minute hold was told I was lucky to get it. They weren’t opening any more appointments.

At this point, friends and relatives began to organize spontaneously into “murders” to keep each other informed of new vaccination sites, appointments opening up, and the like. My sister-in-law, who is immunocompromised, was having no luck with appointments, and her health plan (which is now a major villain in California) was no help at all. Fortunately in all my checking I found a bunch of appointments had just opened up in her area, so I got on the phone with her and she had an appointment in two days. This happened again a few times with friends and relatives. I was thrilled to help others, but my own vaccination was months away. At one point I was the only person over 65 who I knew who hadn’t received their first dose, and I hit bottom. I cried for an entire day.

“What’s wrong with you?” Dick asked. “Why don’t you just wait?” I just couldn’t. There was too much chaos and who knew what would happen by the time my eventual appointment arrived?

That’s when I decided to hunt like a crow. For the next five days, about once every two hours except when I was sleeping, I logged on to any provider for which I qualified: Sutter, Stanford, Santa Clara county, CVS, etc, and searched for any place within 50 miles, short of an outdoor stadium, that would take me. Nothing. Finally, at 1:30 PM on a Friday, Santa Clara county opened three more vaccination centers, and instead of getting the message that there weren’t any appointments, the screen was populated. Three days later, by noon on a Monday morning, I had my first shot.

As I write, the appointment for my second shot is a week away, and chaos has continued in the Bay Area. Some people have had their second shot appointments canceled, so I check on the county website each day to be sure my slot is still there. If I had waited and accepted that original appointment for my first dose, it would have been for next week, and almost certainly would have been canceled. Even now, I’m formulating a backup plan for my second shot, just in case. If needed, I want to be ready to dive or pounce.

The pandemic will ease and the chaos will settle down eventually. At some point, will I and others return to more of our forager ways? I don’t know. It’s a delicate balance between “every person for themselves” and being too meek. I’m grateful for the example of the crow.

19 Responses to The Year of the Crow