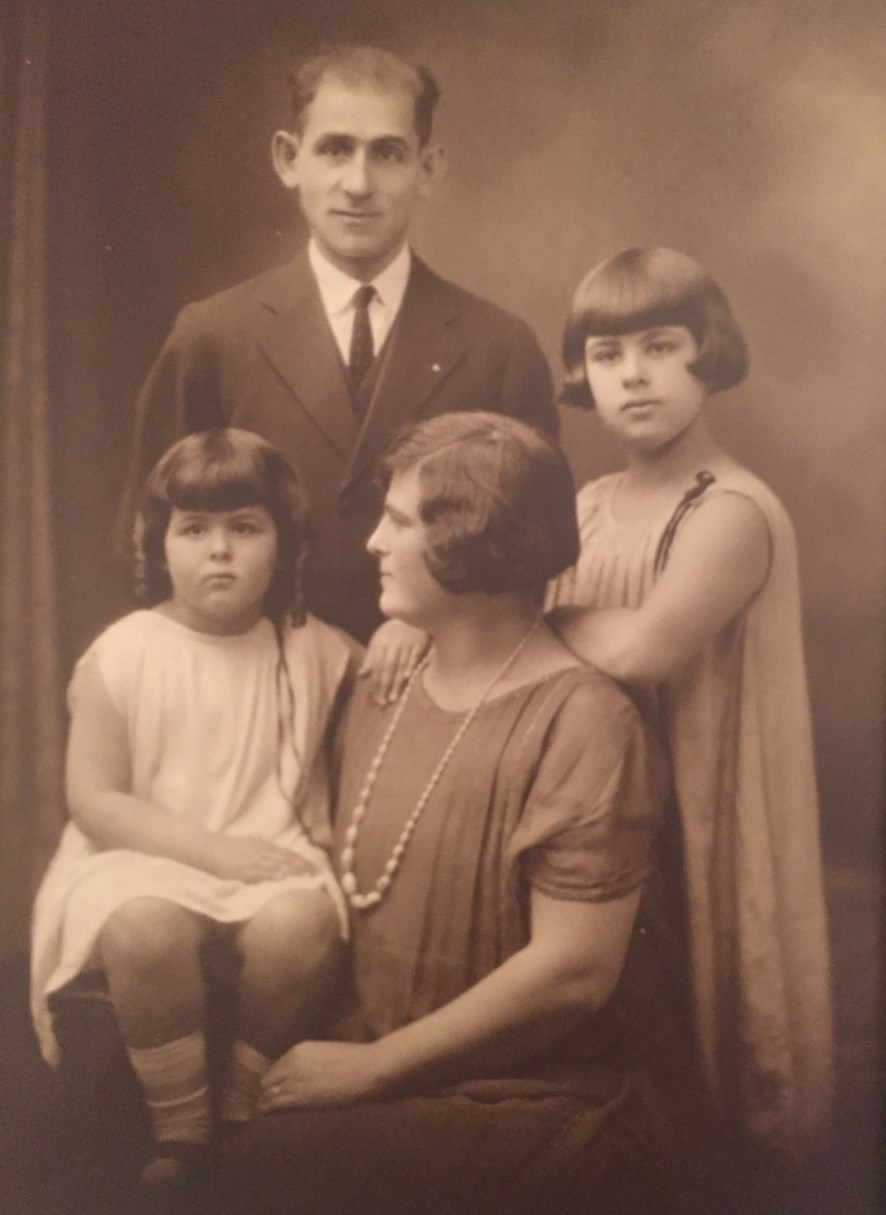 I first saw this photo after my mother died. My oldest sister, who is the repository of all the family photos that my parents had (because she lived the closest), was scanning many pictures and emailing them to my other sister and me for use in the shiva-type services we were each having in our local communities. This one took my breath away.

It is a formal portrait of my grandparents and their two daughters. My mother, the younger, is sitting on something, perhaps the arm of my grandmother’s chair, so she is almost in my grandmother’s lap, but not quite. My aunt Daisy, the older daughter, is standing proudly behind her mother and next to her father. No one is smiling, because in those days people didn’t think it was appropriate to smile in portraits. Not certain of the year, probably 1924 or ’25, since my mother was born in 1921 and she looks to be three or four.

Wish I could have asked her about it.

11 Responses to Time in a Bottle