Prompted By In Trouble
18 comments. 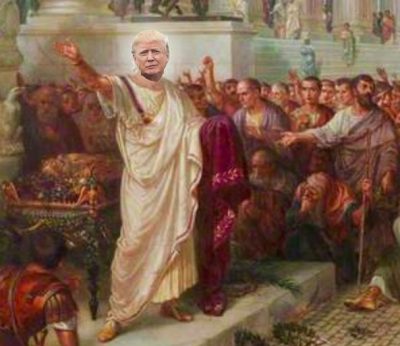 Sure, I’ve been in trouble. I was the only kid out of uniform, crossing my eyes for the annual Cub Scout portrait. The local cops busted me with incriminating rolls of toilet paper after I Halloween festooned our 18th century New England cemetery. I’ve crashed cars and motorcycles, drank myself woozy outside high school dances, been hit on the head, thrown into a paddy wagon and hauled off to jail. All this trouble melted into the past, leaving scars, lessons learned, and good stories to tell.

After decades, I’m in trouble again.

After decades, I’m in trouble again. I’ve been drawn out to fight blind by taking our flawed democracy for granted. I’ve been baffled by unprecedented predation, rendered apoplectic with rage, and saddened by the suffering inflicted upon the planet by a feral, bling-adorned, kitsch-cheapened administration currently residing in what used to be called the White House, re-named The Eagle’s Nest as an homage to Hitler’s lofty retreat in Bavaria.

I’m in trouble because, no matter how hard I hit the streets, I return empowered but am quickly surprised and rendered breathless by the unbridled aggression, psychopathology, and malice of this shock- and awe-empowered snake nest whose denizens slither between Congress, the intelligence community, and the media, reptiles doing the bidding of precariously placed outsiders who randomly attack what courage, compassion, and intelligence has wrought through a collective consciousness that once embraced the human spirit, science, the rule of law, love and cause and effect. The flow of history is being rapidly digitized into disconnected bits of disinformation that assault our shared memory.

I’m in trouble because I feel our communities reel under the unprovoked assaults of a lunatic who has created a national health hazard.

I’m in trouble because I must choose daily whether to (1) stand as an informed witness to a cabal that operates with a desperate, teen-age “drive-it-like-you-stole it” mentality — put the pedal to the metal until you run out of gas, crash it, or get busted; or (2) close my eyes, cover my ears and shout “la la la la la” to drown out hysteria’s din. If I fail to balance these options, I risk madness, my heart and mind poisoned by the mind fuck these vandals scatter like a rapist’s semen

I’m in trouble because, despite my proudly collected knowledge, skills, and experience, I didn’t recognize how deeply and broadly working- and middle-class America had been decimated by those who came before — the perpetrators of the real-estate collapse, the bankrolling of corruption in Congress, and our relentless foreign wars where we sacrifice our children and funnel public tax monies into the private-profit coffers of weapons manufacturers and oil companies, faceless, avaricious corporations granted the rights of the individual by the highest justices in the land.

I’m in trouble, crazy when I wake in the morning with mind and body infested by nightmares and adolescent fears, crazy at night when I close down my obsessive search for signs of resistance.

We will beat them. We’ll cut them down with our collective sense of justice, while they — w 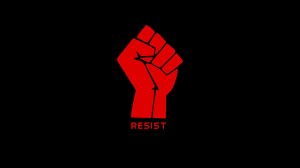 eakened by the toxins of bitterness, hubris, myopia, and power lust — will fall under the onslaught of a multi-pronged counterattack by the courts, our families, the universities, by the artists, social media, a phalanx of committed public servants, and — above all — a burgeoning and joyful resistance of the people, for the people, and by the people.

18 Responses to Trouble in Mind