Prompted By In Trouble
9 comments. 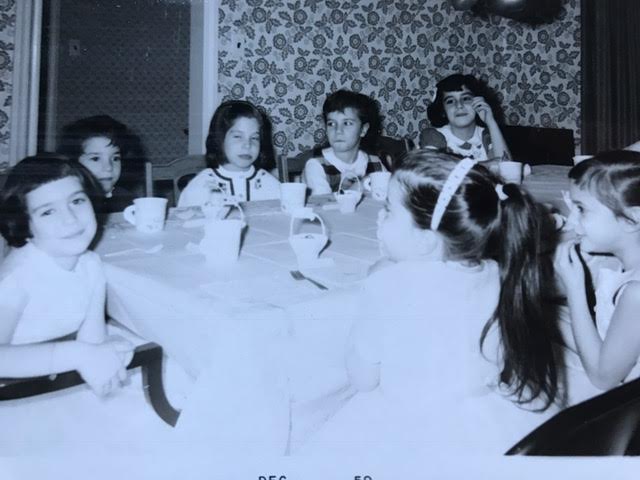 My brother, five years my elder, and I, were remarkably well-behaved children. He was quite passive, liked to read, listen to classical music and watch “The Mickey Mouse Club” on TV. I was a little more obstreperous, but still knew how to mind my manners. I just wanted attention. Our mother was always frazzled, our father owned a car dealership, worked six days and two nights a week. We had a maid in our little Detroit house when our father was gone. She did all the cleaning, laundry and cooking. Even some childcare. Mother drove us to and from school and participated in ladies’ clubs while we were away.

During the quiet dinners when Dad wasn’t home, Rick teased me, to see if he could get me to giggle until milk came out of my nose, which he could and it did. We would also kick each other under the table. This would infuriate my mother. She never punished me. The threat was always, “Wait until your father gets home.” Then he would spank me for the infringement of good table manners. This left me with distain for my mother and fear of my father, who was actually a very gentle human being and I’m sure hated carrying out my mother’s edict.

I acted out in other ways as well. I took a pencil and scribbled on the wall paper in our Dining Room seen in the Featured Image (this photo taken at my 7th birthday party). An art gum eraser took care of the offense, but I am sure I got a terrible spanking for such a horrible crime.

The worst ever happened on our screened porch. We spent long summers there. The room came off the dining room and was a haven in our non-air conditioned house. We had rattan furniture out there and kept one canvas shade pulled permanently down, as it was behind the couch, offered screening from the near neighbors and was difficult to get at because of the furniture arrangement. The other two shades only came down during storms. But I took a brown crayon to this particular shade and scribbled on it. That was indelible. We didn’t have anything in the late 50s to erase crayon and the marks stayed until the day we sold the house in 1963. I don’t even remember how I was punished for such a crime. I’ve blocked it out entirely.

9 Responses to Wait Until Your Father Gets Home