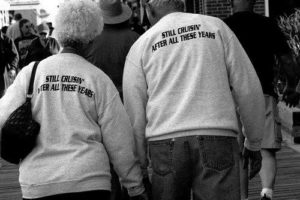 Each day I go to the convalescent home and walk in and see him sitting there and I am the ONLY person there that knows he was an amazing, genius of a man, one who had worked as hard as any successful man could and one that raised a family, he was the most loving husband a woman could know and a man that cared about all living things and made sure nobody ever needed and now there he sits with Alzheimer’s.

Growing up in the 60’s it was common to hear grownups mention retirement when the average age that someone expected to retire was 55. Accompanied with such a discussion would be speculation as to what activities might ensue; vacation, spending time with family, enjoying the garden. It seemed very much like what one might do if they won the lottery and often encompassed hours, days, or years of day-dreaming as to what they would do under the circumstances. It was years before I even remotely began to think about retiring let alone what I would visualize myself doing that far off into the future and by the time I did give it any thought, the number 55 seemed to fade away as 65 became the new 55.
For many, retirement meant a last day after years spent at an eight to five profession that turned to a future of retirement checks enhanced with some social security or possibly beginning to withdraw from a savings account instead of depositing into one. Retirement seemed like a pleasant thought, one that was all too easy and something everyone should look forward too. I too thought there would come a day I would look forward to such pleasantness and resolve.

About the time I graduated from college and began finding my place, ironically a place professors never told me about, better known as “The real world”, was when I began hearing terms like “Putting it away for a rainy day”, or “Saving for the future”. For some years afterwards it was easy to convince myself that there was plenty of time to do that later. As the years passed the feeling of there was lots of time began to change to maybe I better get started but in most cases all the much heeded advice took a backseat to the spending it as it came in mentality. As was the case with many parents like mine whom were raised during or shortly after The Great Depression, they knew the importance of “salting it away”, living within their means and living by the basic rule of, “If you don’t have it, don’t finance or spend it.” And the thought of using a credit card…. You must be kidding. No way! Even years before I even graduated from high school my mother and father owned their ranch, home and rental homes, cars, had money in savings and didn’t owe a single dime to anyone. After hearing many stories about the difficulties and suffrage caused by The Great Depression including little to eat, and at times going to bed hungry and cold, it was easy to understand exactly why our freezer was always filled, the canning shed shelves were always lined with jars of vegetables and fruit, all of which were canned with as much love as there was appreciation. Not once in my life did I ever sleep in a cold house or hungry or needing for anything and I always knew and respected why. The older I get, the more I am grateful for having learned such a lesson, one made easy due to my folks having learned such a lesson the hard way.

Over the years there was another line of thought that I heard mention of from time to time; “We never know when our time may come so why save for years and never be able to enjoy ourselves? I could have a stroke, there could be an earthquake, I could die in an auto accident or even a meteor could land on me. So why not live it up now and worry about the future another day?” and then of course there was that good old standby, “With the way things are going, there may not even be Social Security by the time I retire.” 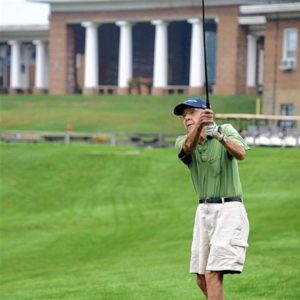 Years after I had raised a family, I was visiting my mother and as I walked into the kitchen I could see her attempting to hide her tears with her handkerchief as she stood staring out the window. As I put my arms around her to comfort her I asked, “Mom, what’s wrong? Why are you crying?” I gave her time to collect her composure as she said nothing for a few moments, obviously unable to speak without crying. Then she finally said those words that hurt more than one could imagine as she looked me in the eyes and said, “Your father and I worked and saved all those years so that we could retire and be able to afford to travel together anywhere in the world we wanted and for what? Each day I go to the convalescent home and walk in and see him sitting there and I am the ONLY person there that knows he was an amazing, genius of a man, one who had worked as hard as any successful man could and one that raised a family, he was the most loving husband a woman could know and a man that cared about all living things and made sure nobody ever needed and now there he sits with Alzheimer’s. All that saving, all that work and for what? We deserve so much better.”

Having held my mother and waited while she wiped the tears away and regained her decorum, I am still able to cherish the lessons my folks had instilled inside of me and I still appreciate the realization that one should save for a rainy day but over the last decade I have come to the conclusion happiness in not found with a magic retirement number be that 55, 65 or whatever. In fact after reading many articles about seniors living to be one hundred years old and older I now believe that the day we retire is the day we begin to die. Something I have noticed that these seniors all have in common is they are still active and remain to find a reason for getting out of bed each day unlike the typical train of thought of what “retirement” means to many, that being, not really having any plans other than looking forward to taking a trip to the south in the fall. Many of the seniors I have read about whom live to exceptionally long lives and for all intensive purposes, healthy lifestyles, have daily responsibilities or commitments which they look forward too. In some cases they still go to work each day, albeit not a full day but none the less, giving themselves a sense of being or feeling needed and being able to augment or enhance the lives of those around them. In any event, those who remain active, thus requiring them to keep muscles and their brains working and actively thinking live longer. 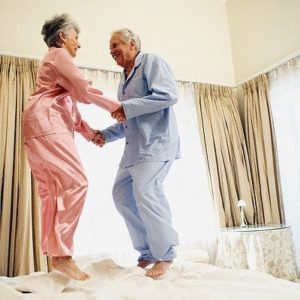 I have watched and learned there are many secrets to living a longer and happier life. Some mental activities include: Doing crossword puzzles, painting, writing (Now there’s a thought), and learning a musical instrument. Social activities like: Attending concerts or performances, art galleries, playing cards with others, starting a book club or taking classes. Other productive activities might include: Gardening, volunteering at a library or hospital and even getting a part time job. Personally, I have recently decided to take up the art of creating bronze sculptures and I am sure the brain cells will be excited with this new affair. After all is said and done we only need learn that retirement does not mean sitting down and giving up. Living longer, happier and healthier simply means having a sense of worth, being needed and belonging. Each day we can feel enriched knowing there is something we can be doing be it helping others, staying active or simply learning to truly enjoy the moment. 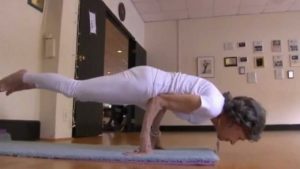 “Do not go gentle into that good night,
Old age should burn and rave at close of day;
Rage, rage against the dying of the light.

Though wise men at their end know dark is right,
Because their words had forked no lightning they
Do not go gentle into that good night.”

One Response to The Day We Start To Die