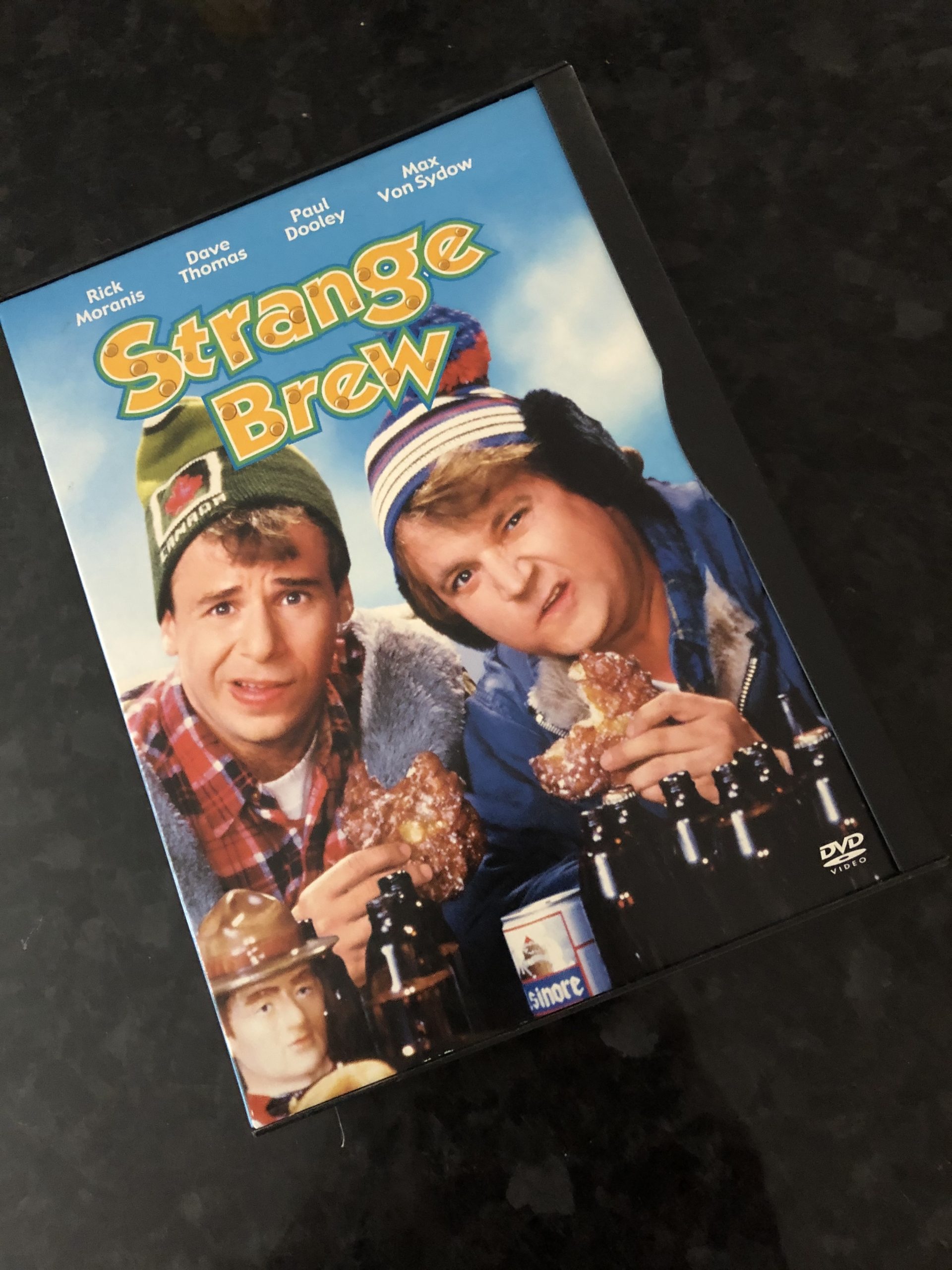 Rewatchable movies?  I submit that in the pandemic era surely all or almost all movies, regardless of genre, date, cast, subject matter, etc. are presumptively rewatchable.  At least those available in hard media form, like DVDs, or via streaming.  But I am an inveterate rewatcher from way before Covid.  And not just once but again and again. Holiday movies, for example.  Movies like “A Christmas Carol”*, It’s a Wonderful Life and, of course, A Christmas Story (good ol’ Ralphie).  So much so that I can quote extended stretches of dialogue from each.  Which I put to good use on one occasion.

Let me pose a question: for a movie to qualify as “re”watchable does it first have to be watchable?  What about Stupid Movies, the kind that seem to exist solely to celebrate their own inanity?

Former wife #3 purported to operate a picture framing business.  She had a real talent, but chose merely to dabble in that skill rather than operate a business.  She had all the necessary equipment and supplies, of course, including a prodigious amount of Kraft paper, the familiar sturdy brown paper used to back the framed pictures.  Anyway, by the last December that we were together it was obvious to her that she would never use anywhere near the quantity of Kraft paper on hand, so she suggested that we wrap all Christmas presents with it to use at least a portion.  I agreed, but ventured that the visual of presents under the tree would be quite dull.  And then inspiration: using 2” by 4” labels I would inscribe quotes from the three holiday films mentioned and plaster them all over the packages.  Given my encyclopedic knowledge and recall of dialogue, no sweat.  I made it so.  But I digress.

Let me pose a question: for a movie to qualify as “re”watchable does it first have to be watchable?  What about Stupid Movies, the kind that seem to exist solely to celebrate their own inanity?  Films that most of the general public, let alone cinephiles, would avoid at all costs.**  Categorically, then, not “re”watchable, correct?

But that’s of no consequence for me.

On another platform sometime last year I posted an observation about what I call the ministry of things.  Unlike the internet of things – smart TVs, doorbell camera systems, certain thermostats, etc. –  that all too often complicate our lives (and even spy on us) the ministry of things is the universe of things that provide us comfort.  A favorite shirt.  Coffee mug.  Recipe.  Dessert.  Etc.  Highly individualized for each of us.

For me, that includes Stupid Movies.

Bill Murray has starred in many great comedies, such as “What About Bob?” and “Stripes” and even in an uncredited role in “Tootsie”.  Eminently watchable and rewatchable because they are good.  No, I’m talking about “Meatballs”.  Even the name works.   I am told that Murray ad libbed much of his performance.  I can, and have, watched it again and again.  But I believe that it may not qualify as a truly Stupid Movie because its premise, the story of a sleepaway camp and the adventures and misadventures of its teenage counselors (led by head counselor Murray as “Tripper”) and campers, is conventional, and it works.

No, the cake taker is “Strange Brew”.  Dave Thomas and Rick Moranis as the McKenzie brothers, expanding upon the sketches they did for Second City TV.  Complete and utter nonsense.  And side-splittingly funny.  At least to me.  And maybe a handful of others who will admit it and perhaps some more who won’t.  Many times, when we talk of movies to those who have not seen them, we must take care not to be spoilers.  For Strange Brew, however, no worries. Plot, such as it is? Things like “continuity”? Nope. It’s just achingly funny; there’s just nothing to spoil.  Beauty, eh?***

* Perhaps the classic edition of this is the early ‘50’s version starring Alastair Sim, the quintessential Scrooge.  The actual title of the movie, though, is “Scrooge”, not “A Christmas Carol,” upon which it is based.

*** The McKenzie brothers reside in Ontario in the Great White North.  The film is faithful to the vernacular of the region.

21 Responses to Twice-(Thrice-?Umpteenth-?)Told Tales of the Great White North