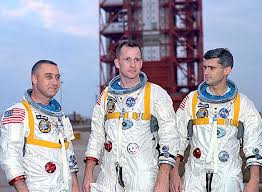 Sure, I remember Sunday, July  20, 1969 vividly.  I was at home for the last time that summer – my summer job required that I work every day thereafter through Labor Day weekend, so this was my last break.  My father and I watched the landing in the afternoon, spines tingling to the live audio feed:  “Houston? Tranquility Base, the Eagle has landed.”  And we tuned in again that evening, thrilling to watch Armstrong’s historic but not quite-so-small step for a man.  But for me it came with an equal dose of profound sadness.

But for me [the moon landing] came with an equal dose of profound sadness.

As we progress through our teens and twenties each of us encounters instances when events give the lie to our childhood certainties.  Perhaps discovering that there is no Santa Claus is the first.  For our generation, the assassination of JFK was another.  These things just did not happen.  The US space program seemed one such certainty.  We watched NASA reel of a succession of successful flights, and I think it natural that we thought that the Apollo program would simply pick up where the Mercury and Gemini programs left off.

Friday evening, January 27, 1967.  I remember hanging out in a neighbor’s room in my prep school dorm that senior year, along with two or three others.  Ned, my neighbor, had his radio on.  It was then that we heard the awful news that there had been a fire, a fire in the Apollo 1 capsule that took the lives of its crew, Gus Grissom, Roger Chaffee and Ed White. We sat in silence a long, long time.  This was inconceivable.  And as we learned details, that the astronauts had been trapped in their capsule, unable to rescue themselves or be rescued, the horror was all the greater.  That memory has never left me. Yes, I applauded the successes of the Apollo program and subsequent space travel but I continued to feel keenly the tragedy of the first space disaster. And the second and third, involving the space shuttle.  Politicians and the superior officers or bosses of those who lose their lives in these circumstances routinely say that those people knew the risks, that they voluntarily put themselves in the way of potential harm to do something they wanted to do and to advance the cause of science.  Baloney.  No one volunteers to die.  So, let us celebrate the achievement of Apollo 11, but let us not forget what went before and after. 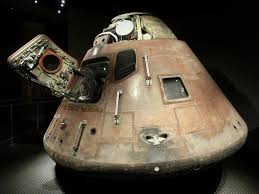 * “Memory Eternal” is an exclamation at the end of Russian Orthodox funerals and memorial services. Viewers of the HBO series Chernobyl will remember that this is the hymn sung at the end of the final episode.