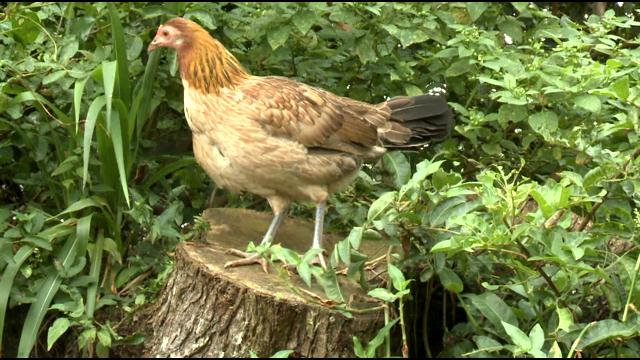 The roosters weren’t there when we walked the property with our realtor, on a bluff overlooking the ocean. We had been coming to the northeast corner of Maui for years under deepening enchantment. We loved how it tempered Western culture with hula and mele, plumeria and tropical drinks. We dreamed about someday settling here. Now, thanks to two decades in the tech industry and a spot of good luck, we were able to make an offer. As we envisioned our dream home, all we could hear was the breeze rustling the palm fronds and the surf breaking below. A shack down by the water, occupied by an elderly Hawaiian couple, was silent.

You know how roosters crow in the morning to greet the dawn? That’s a myth, we learned when we moved in.

Midway through construction we heard our first rooster. That can’t be, we told each other. It’s a fluke. But the wife had died and the husband moved to a nursing home in town. Their son moved in, bringing his family—and his dogs, pigs, and chickens.

You know how roosters crow in the morning to greet the dawn? That’s a myth, we learned when we moved in. They crow nonstop, from half an hour before sunrise until half an hour after sunset. And when there’s more than one rooster, they compete. Our neighbor had six.

The noise was intolerable. Amplified as it traveled uphill, it pierced our windows, walls, and consciousness. Our Maui friends said we would get used to it. We didn’t. As each crow faded we would brace for the next, which could come randomly, at any second. We couldn’t mask it, couldn’t ignore it, couldn’t escape it. We’d wake up at 4:00 am anticipating the cacophony. Whenever we left the island, we dreaded coming home.

We tried every solution we could think of. We approached our neighbor with peace offerings. We paid his friend to intercede. We talked to the resort’s Hawaiian cultural liaison, our state senator, even the mayor. We offered to buy the roosters. We hired an exterminator to poison them. We pointed our speakers downhill and blasted them with Mahler. Nothing worked. The more the haoles suffered, the more our neighbor liked it.

The roosters left our sleep, our sanity, and our Hawaiian dream in shambles. Finally, we sold the house to a Canadian oil baron who had none of the commitment to the culture and community that we had. Boarding the red-eye back to San Francisco after closing the sale, we were as joyful and giddy as the day we moved in. And we learned two important lessons: No place is paradise up close. And: some dreams are best left unfulfilled.

An edited version of this story was published in The Sun magazine, October 2015.

10 Responses to What We Learned from the Roosters