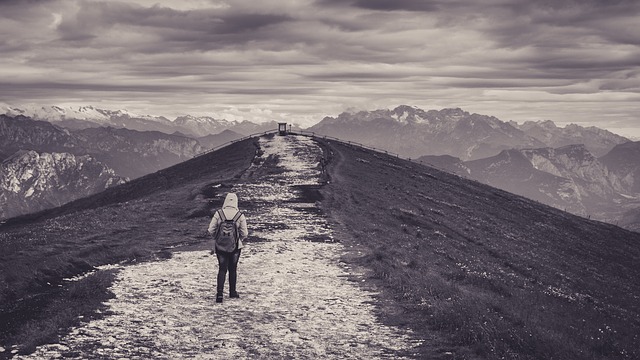 Even though it’s long overdue—by over fifty years—I want to thank the eighth grade girls who dropped me like a hot potato barely a month into the school year. Had I not experienced getting to know them—and getting dumped in such short order—I may not have had the opportunity to learn several crucial life lessons: how to handle rejection; how to conceal misery from parents; how to find serenity in isolation; and how to dig myself out of a very deep hole. At age fourteen, I would see close up what the teenage gulag looked like.

While gaggles of kids talked and laughed at lunch, I found a quiet corner and savored my solitude as I ate my sandwich alone. Thanks to a thoughtful custodian who unlocked a room for me, I could avoid being seen; I spent my period of exile in silent, and sometimes salty, contemplation.

My family moved to a new town after my seventh grade year, closer to the high school where my father taught. Our new house was bigger. My older sister and I got our own rooms for the first time in our lives. In preparation for starting high school, my sister replaced her nerdy horn-rimmed glasses for contacts, and got a cute new hairstyle. I tried valiantly to straighten my frizzy hair. She looked forward to a new start; I wasn’t so sure.

My dad had a colleague who lived a few blocks away. He was certain his daughter’s group of friends would happily take me under their wing, introduce me around, and help me find my bearings at my new school. The two well-meaning but clueless fathers went ahead and brokered the deal. They hadn’t realized the social structure of adolescent life is as fragile as spun sugar, and just as susceptible to subtle changes in climate.

I’d never had trouble making friends before and knew I’d find friends on my own eventually, but the arrangement had been made. No graceful way out of it. So I began walking to school with the group of girls: a tight cadre with an established repertoire of in-jokes, you-had-to-be-there stories, and a choice place in the ordered galaxy of junior high school cliques. These girls orbited fairly close to the center of the social universe at school.

I thought I could find a way to assimilate into their power posse by liking what they liked, laughing at what they thought was funny, copying the way they talked and dressed—a bit of a stretch for me, since I made most of my clothes, didn’t wear makeup or plaids, leaned heavily toward sarcasm, and preferred black turtlenecks to little white collars. But I did try. 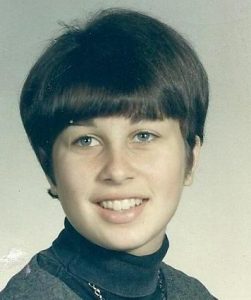 One morning, a few weeks into the school year, I told the girls they wouldn’t need to come by for the next couple of days.

I felt the temperature drop.

My new friends responded with a torrent of misinformation about Jewish rituals and customs. They expressed their uncertainty about my future in their group, owing to some irreconcilable differences they had not noticed until just that moment.

One of them said, “I knew someone who was Jewish…” They exchanged knowing looks.

I waited for the punchline.

If looks could kill, I’d have joined her right then.

Instead, I heard the door clang shut in my social isolation cell. It was like getting airbrushed from the group photo. I became a non-person.

And this is when I learned to enjoy my own company between classes and on the way to and from school. While gaggles of kids talked and laughed at lunch, I found a quiet corner and savored my solitude as I ate my sandwich alone. Thanks to a thoughtful custodian who unlocked a room for me, I could avoid being seen; I spent my period of exile in silent, and sometimes salty, contemplation.

During my banishment, I received a note from a girl I barely knew explaining that certain boys were unavailable to me as conversation partners, friends, or (did it even need to be said?) boyfriends—since she and her friends had them earmarked. She included a column A and column B of boys and the girls who had claimed them for future reference. She cautioned me, in polite but acerbic language, to leave the boys alone. Leave the boys alone? I liked boys. They were nice to me.

I wondered if my life would always be this way: isolated, lonely, misunderstood.

I survived the year, and for that I give thanks to my Uncle Joe, the only one I’d ever told about my lonely lunches and status as pariah. Our families shared many dinners together at my aunt and uncle’s San Francisco apartment in those days. One night in the kitchen, as he washed and I dried, Joe asked me a simple question—how’s school?—and that’s all it took for me to spill out the whole story, blinking back my tears. He put his arm around me and squeezed my shoulder. Joe had grown up scrappy on the streets of Chicago in the 1920s. He’d faced down tougher situations than mine in his youth: gangsters and hooligans, anti-Semitism, and plenty of fist fights. Smiling his Cheshire cat smile, he waved his cigarette in the air and spoke with authority. In his gravelly voice he assured me that things would get better. I hadn’t done anything wrong. It wasn’t me, it was them. Those girls didn’t know anything about anything.

And he was right.

Without my friendless free-fall in eighth grade, I may have coasted too easily through those teen years. Having a ready-made group of friends would have precluded me from striking out on my own, figuring out where I fit in, and getting a sense of my own true identity. Starting from scratch opened up a world of opportunities. I had no place to go but up.

I’m grateful to those girls now. They saved me from going down the wrong path at a crucial time in my life. Instead of the fun group of cool, quasi-intellectual, pot-smoking counter culture ne’er-do-wells I made friends with in high school, I may have hung out with kids who drank too much, cut school, drove recklessly, and acted like they ruled the school. I might have peaked early, riding high with the in-crowd.

I don’t think I ever thanked my Uncle Joe. Surely he understood how much I needed that kind of reassurance, how much I desired to feel valued for being myself. I desperately needed someone to be on my side. Joe spoke to me with the passion of someone who’d survived some tough hits in his life, and had come out a winner. He sent me back into the ring with renewed self-confidence and a vision of the future that didn’t look as bleak as it had before.

And those mean girls? I’ve run into a few since eighth grade. You can spot them right away. You can also spot the girls on the outside looking in, the desperate ones who need someone to listen and let them know they’re not alone. I’ve worked in high schools and I’ve tried to be that person—to do for them what Joe did for me.

With a Joe in your corner, the mean girls can never win.

12 Responses to With Gratitude: Mean Girls