Prompted By That Night
4 comments. 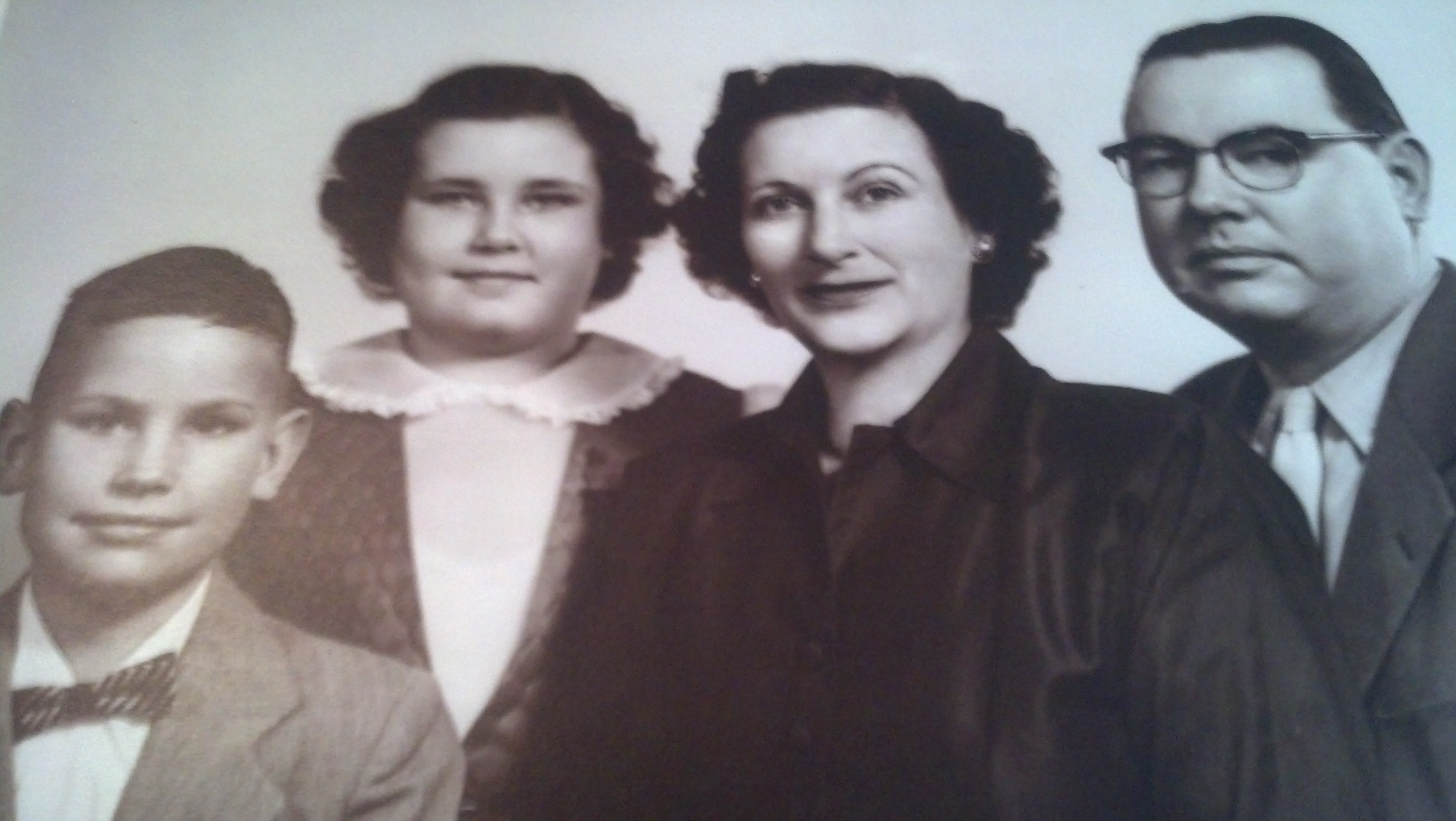 What to make of parents that made your childhood home so comfortable and secure that you would rather hang out there than anywhere else? So comfortable that you would often take your high school dates there instead of going to parties? A home that began preparing for Christmas a month in advance, with everything leading up to that magical night of Christmas Eve?

Critics might call this an overprotective home and chide the parents for not scheduling the kids for more social activities outside the home. Psychologists might wonder whether such a home environment could stunt the child’s growth and socialization into the world.

I really don’t care. It worked for my sister C.J. and me and, since it never reached the level of SNL skits like Bedelia inviting her best-friend mom to a teen sleepover, it hardly reached the point of blunting our path to maturity.

I would have been slow getting there anyway.

As for getting socialized into the world, I have more than made up for that as an adult criss-crossing the globe dozens of times.

I do know for an absolute fact that C.J. and I always had the best Christmas on our block. One year, my best friend Mark was so envious, he asked if my parents could adopt him. That was something we never shared with his mom.

It wasn’t that we were rich, unless that’s what you call laying mattresses on the floor of a home without air conditioning and opening the front and back door to catch a summer night breeze. But our home was full of love, and our folks always found ways to provide a Christmas morning full of presents.

if I were honest, though, I always preferred Christmas Eve, along with its family rituals and its highly charged anticipation. It was a fun night at the Willis home.

I was probably the last kid on the block to doubt the existence of Santa Claus, and I have my folks to thank for that. Mom had me writing letters to Santa until I turned 13. I’m sure the last two years I did that, it was more to please Mom and Dad than because of actual belief in the Big Guy,. But it always paid off on Christmas morning, and who was I to question good fortune?

One Christmas Eve will always stand out in memory, as my dad nearly broke both legs in a valiant attempt to undergird my belief that Santa Claus lived. It was a night when Mom was having a particularly hard time getting C.J. and me to go to bed. Still, knowing we believed Santa wouldn’t come to a home where children were still awake, she knew she had the upper hand. So she had Dad play it out, draping him in two long belts of attached bells and sending him outside into the snow to run around the house jangling those bells. As the ringing wafted inside, I lurched into my bed, followed closely by my sister. Santa was not going to pass us by on this night! 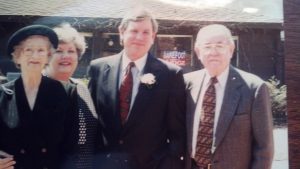 I can’t really say I remember hearing what happened next, or whether I remembered the incident  because Mom told the story so many times over the passing years. Either way, it turns out that my dad’s circular course around the house was interrupted on his third or fourth lap by our three large metal trash cans, hidden from his view by the dark and the snow. Or could it be that his accident was aided by too much Christmas cheer that he had to down to launch him on this late-night run in the first place? Either way, Dad collided with the cans at full speed on his way to the back door, catapulting him, the three 40-gallon steel cans, the trash, and the bells into the snowy night.

Although I was not a witness to all this, I do know my dad and I know that, in times of tumult, his words always sprang forth first from his deep pit of colorful emotion and not his library of measured reason. I am sure that when Mom rushed to help him out of the garbage that night, she encountered more trash talk than she wanted to hear. To approximate, try squaring the number of expletives uttered by Ralphie’s Christmas Story dad in the cellar when the coal furnace erupted into a pillar of black smoke that came billowing up through the kitchen grate.

On second thought, maybe I did  witness the great trash can collision after all, and have just chosen to bury it in my subconsciousness. I never enjoyed getting in the way of dad’s angry outbursts, short-lived though they were. I prefer to think, however, it was a testament to Mom and Dad’s parenting that — on this night of nights before Christmas — they shielded C.J. and me from this bad Santa hiccup and produced yet another magical Christmas morning.

Even though Dad seemed hobbled by a mysterious limp when passing out the presents.

4 Responses to A Christmas (Eve) Story