A Fair to Remember by Tom Steenburg
50
(54 Stories) 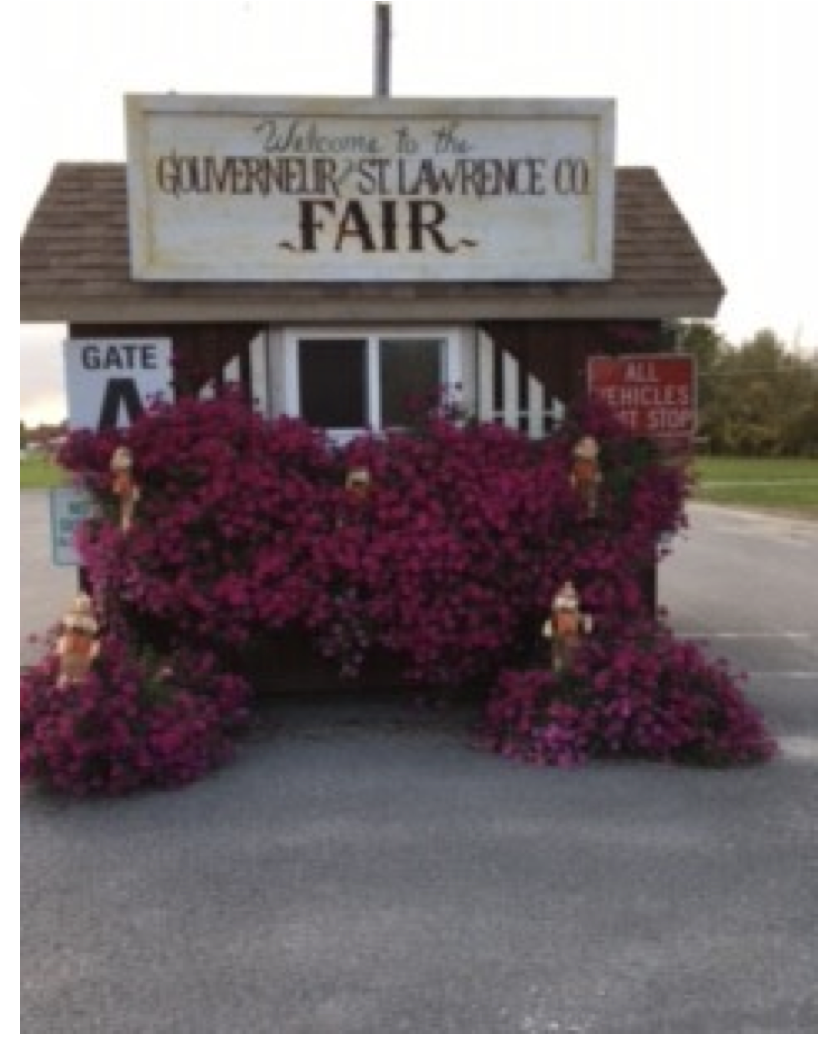 I can confidently say that I have been at many more county fairs than anyone reading this story.  A veritable smorgasbord of fairs. But “being at” differs from “attending”.  Each of the four summers preceding my college years I worked for a hometown company that erected the tents that county fairs all over New York rented for their events.  From the third week of July through the end of the summer we worked seven days a week, usually twelve hours a day.  Put ‘em up and take ‘em down. Dozens of fairs over the course of four summers.

The president of the fair was a local fixture, Bligh Dodds . . . and he was straight out of Sinclair Lewis.

Some of the fairs we handled were not terribly large.  Two- or three-day events with a scale of goings-on to match such that these were not big jobs for us.  But the bulk of our work was for fairs with six-day programs, with significant livestock exhibiting events necessitating tents to house temporary pens and create showing spaces. While our company offered tents of various dimensions the most common size requested for fair use was the series that was 42 feet wide.  These were manufactured in sections: a pair of “ends” that together measured 42×75 and any number of “centers” that were 42×36 or 42×18.  The pieces laced together to create the desired size.  Tents of 42×147 were probably the most useful for fairs.* The larger fairs would have between eight and twelve such tents.

We used no power equipment to erect the tents.  I don’t see how it would have been possible in the first instance.  It was tough work.  The tents were made of heavy-duty canvas.  Emphasis on the “heavy”.  And we worked in all weather.  The nightmare scenario was having to erect one of these 42-foot-wide tents in the rain, because rain-soaked tents are substantially heavier to work with.  An inside joke was our definition of hell: erecting a 42 by infinity tent in the rain.

For the most part our involvement with these fairs was just erecting the tents and taking them down, so we would be on-site only just before or just after the event.  But for a handful of larger jobs one of our crew would be on site for the duration, checking on things, keeping ropes tight, patching where necessary and possibly erecting small tents for isolated events during the fair.  I was such an on-site person for one fair each of the first two years on the crew, the Gouverneur and St. Lawrence County Fair.

St. Lawrence County is the westernmost of the three counties bordering Canada in New York’s North Country.  St. Lawrence County is also the largest county in the state by area.  I don’t know if Gouverneur is the county seat but it has a tradition as the site of an agricultural fair dating from the mid-nineteenth century.  It is beautiful country, rolling terrain on the St. Lawrence River plain.  Wide open skies.  Relatively sparsely populated, it is rustic and quiet.

Being the on-site person there for the fair meant that I lived in town and was part of the community for fair week.  Which was an interesting experience.  The president of the fair was a local fixture, Bligh Dodds, who ran the local Ford agency.  Typical for that neck of the woods, his agency was not just cars and pick-up trucks but heavy-duty farm equipment as well.  I think he succeeded his father both as owner of the agency and president of the fair.  And he was straight out of Sinclair Lewis.  A light-colored suit with a straw boater at all times.  Fisherman sandals with socks, of course. We got along famously.

And being at the fair every day meant that I saw everything.  Livestock judging.  I probably learned more about “udder attachment” than I ever thought possible.  Sheep shearing.  And then there were the produce displays.  Perfect specimens of all manner of fruits and vegetables.  Baking competitions.  And one of my favorites, the horse-pulling contests, wherein teams of two draft horses labored from a dead start to move a heavily laden sled.  Horses abounded at the fair.  I don’t recall any rodeo-type events, nor “English” style equestrian competitions.  But a staple of county fairs is harness racing.  A big fan favorite.

An outside outfit provided typical carnival rides – carousels, whirlybird things and the like.  Even a small roller coaster.  I didn’t have much to do with the “carneys”, but they were decent people.  I’ll never forget the advice one gave: “you realize that these things are designed to be assembled and reassembled again and again; how safe do you think they are?” Years later I never let my sons ride any from these traveling shows.

In the evenings there were grandstand events.  The locals grumbled about this because a separate admission was charged, unlike the policy at some or perhaps most other county fairs.  A local talent night.  Country and western bands, some of them phenomenally good.  Stand up comedians.  Mostly lame.  And the grand finale on the last night of the fair, a demolition derby.  I took it all in.

Meanwhile I got to know many people.  The volunteer crews that administered the fair.  Some of the exhibitors.  And a number of the folks in town.  I frequented the same restaurants over and over.  A dairy bar with some really cute young waitresses.  Endless flirting.  Just pure fun.

In my last two summers I had become the crew leader and did no more on-site work.  But I always was there to put up and strike the Gouverneur fair.  I was greeted as a returning hero.  The reunions were fun.  As were the after-hours bar calls.  My money was no good there.  It’s a wonder my liver survives.

And now?  Of course, seeing this week’s prompt got me wondering whether the Gouverneur fair continues.  Sure does.  Same week in August.  This week, in fact. Still six days, but now Tuesday through Sunday rather than Monday through Saturday.  And so, so much the same as it always was: http://gouverneurfair.net

* While not typically used for fairs the company offered similarly constructed tents in sixty- and eighty-foot widths.  The largest we ever erected was 80×240.

17 Responses to A Fair to Remember