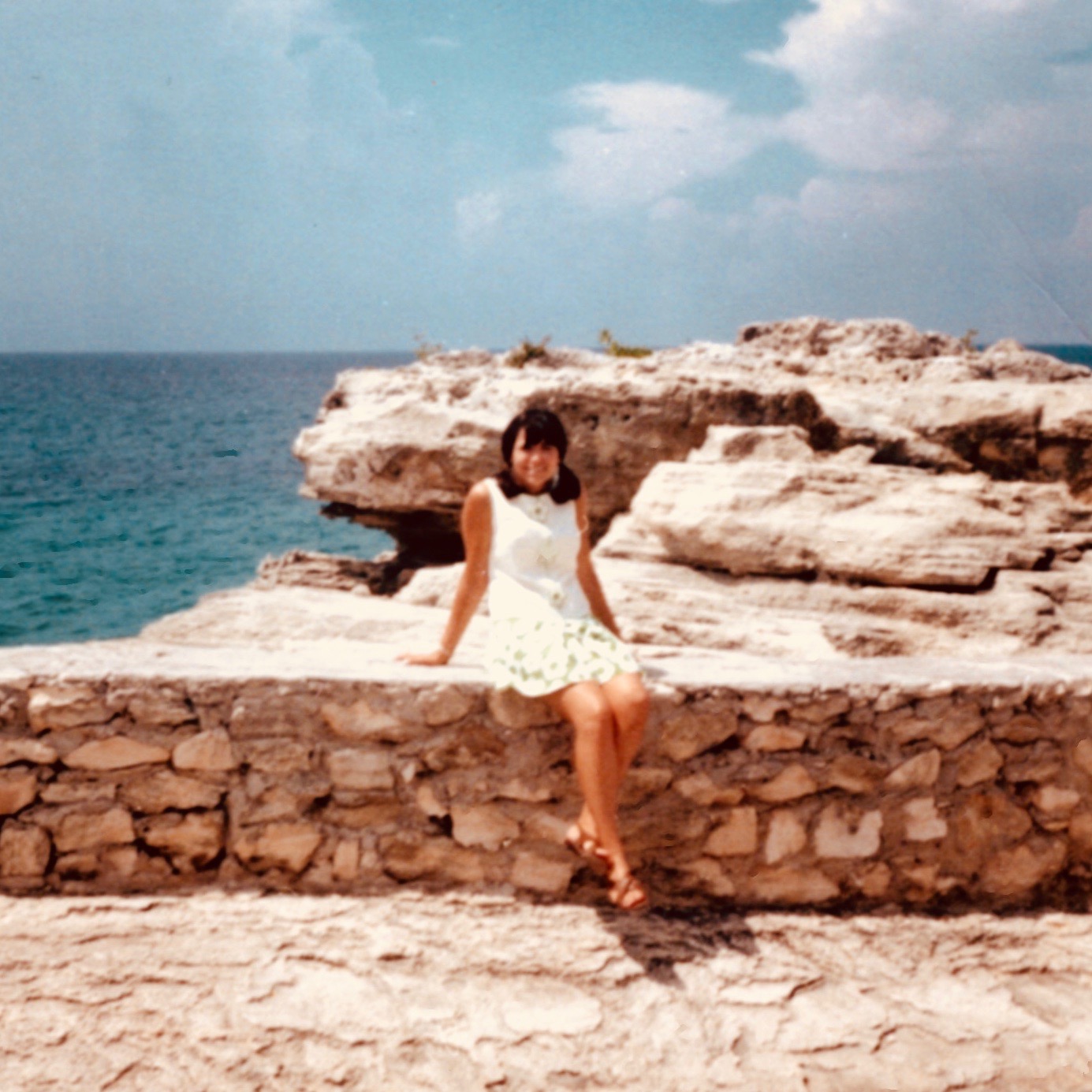 My input into planning our wedding was zero. I guess I did shop for the gown, but my mother did the rest without consulting me except to ask for a few of our friends’ names and addresses. Aside from close relatives and longtime family friends, there were tons of guests I didn’t know. I was just out of college, living out of town, and didn’t care that much. And when it came to our honeymoon, we put my mother-in-law in charge of finding us a good deal. Did I mention we were young?

I’ll always be grateful to my MIL for talking us into what was, back then, a glamorous honeymoon trip rather than spending a few days at a local resort or hotel.

My MIL knew a travel agent who suggested we go to Nassau, and that sounded fine to my husband and me. Neither of us had been on a plane before and the Bahamas sounded really exotic to us. After our wedding, we flew to Miami and stayed somewhere not especially glamorous. The next day, we were off to Nassau. 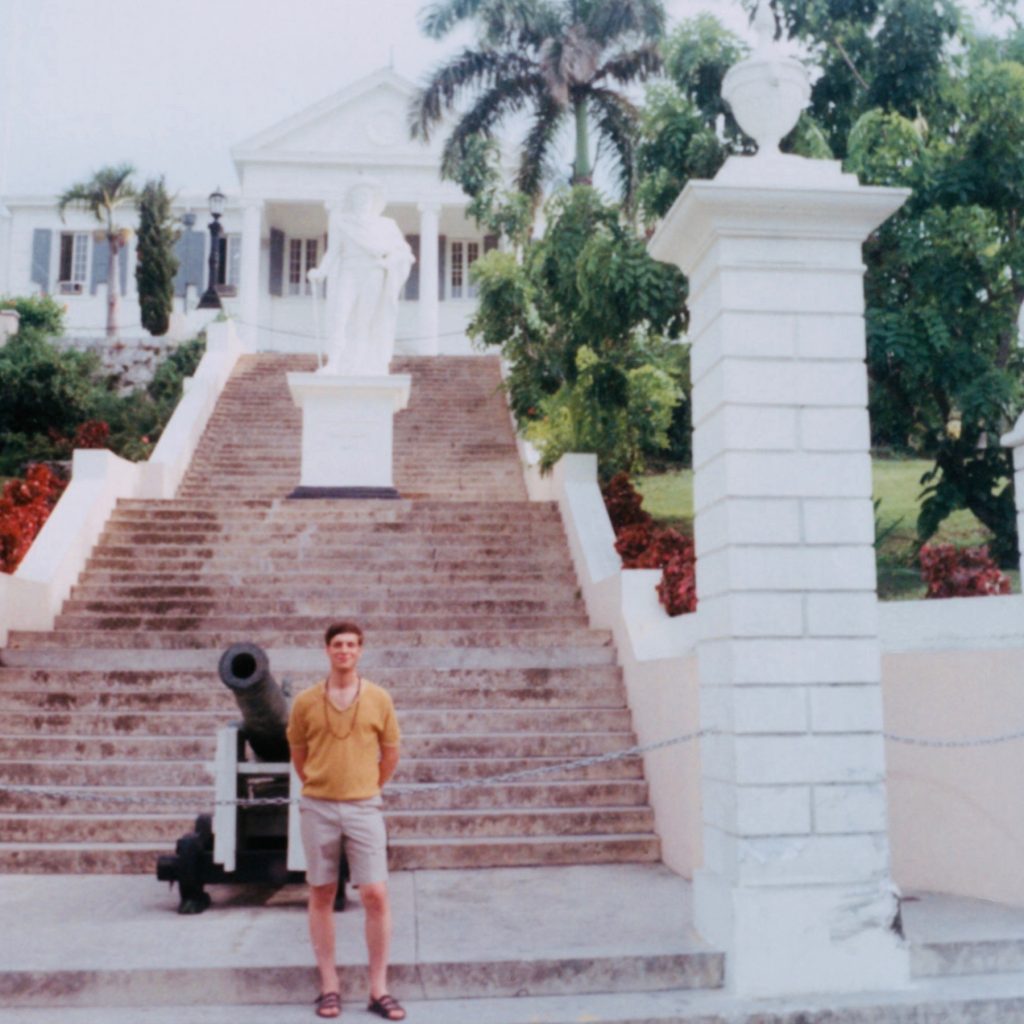 My husband loves to plan trips and our honeymoon was no exception. Inexperienced as we were, he was determined to see everything listed in the guidebook with minimal time wasted lounging on the beach. We rented a motorcycle and drove to every must-see site. I don’t recall much except that we felt very carefree. Everything I remember is in a handful photos taken with a borrowed camera. Did I mention we had no money? 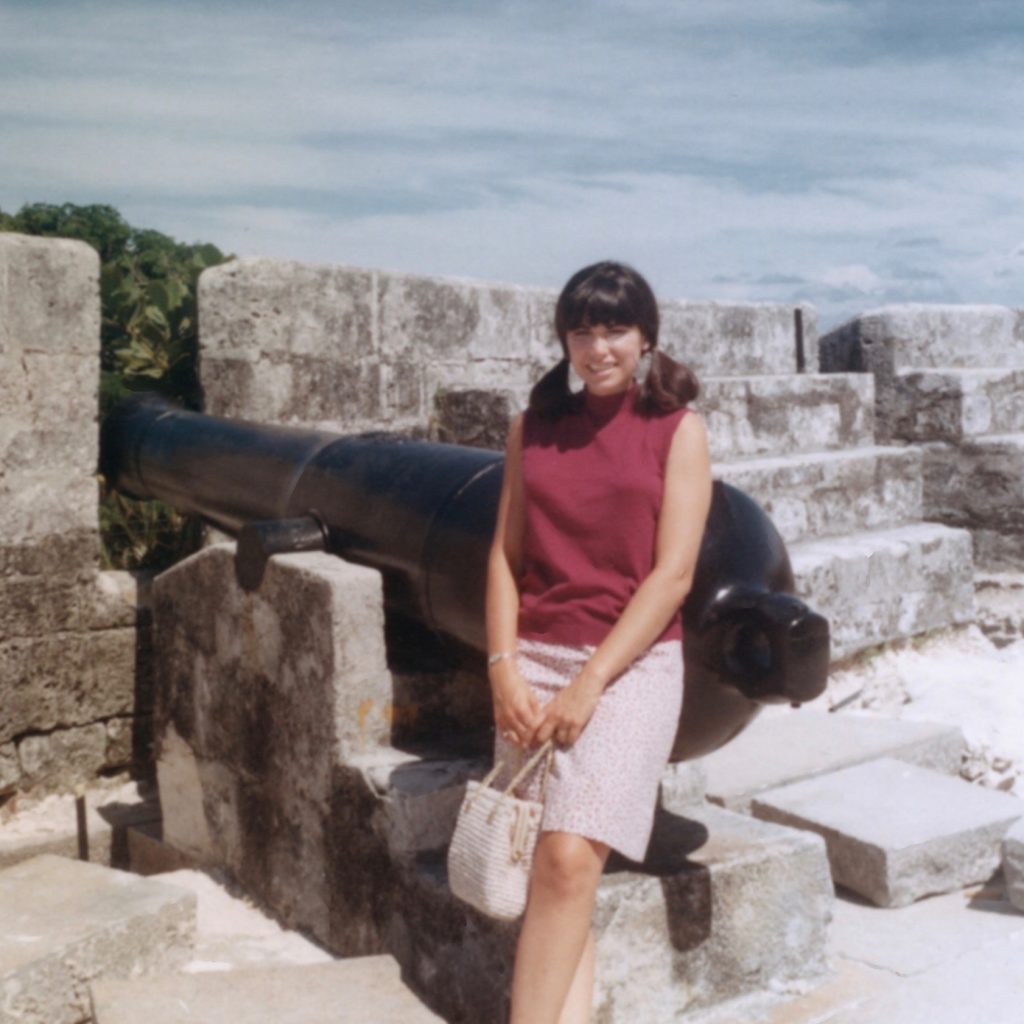 One excursion we took was to see Paradise Island, which was just being developed. Because we wanted to swim there, we schlepped swim suits and towels in one of our lovely suitcases pictured below. 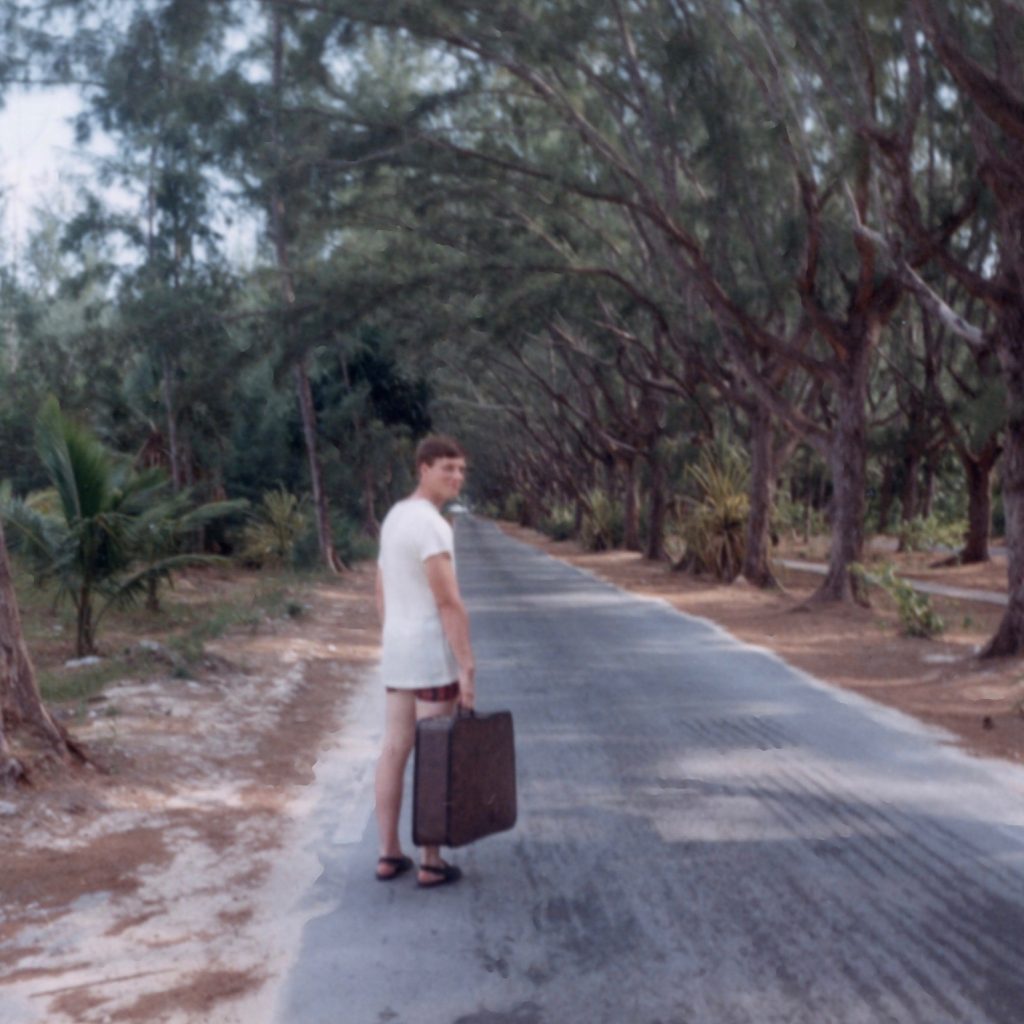 I remember it being a long walk but have no idea if we took a bus or our motorcycle to get close enough to the site. We probably changed in a bathroom and snuck onto a beach associated with a hotel we could not afford. As with many trips we took when we could barely afford them and had to stay on the cheap, we vowed we would return one day when we had the means to stay in the expensive hotel. So far, we haven’t gone back. 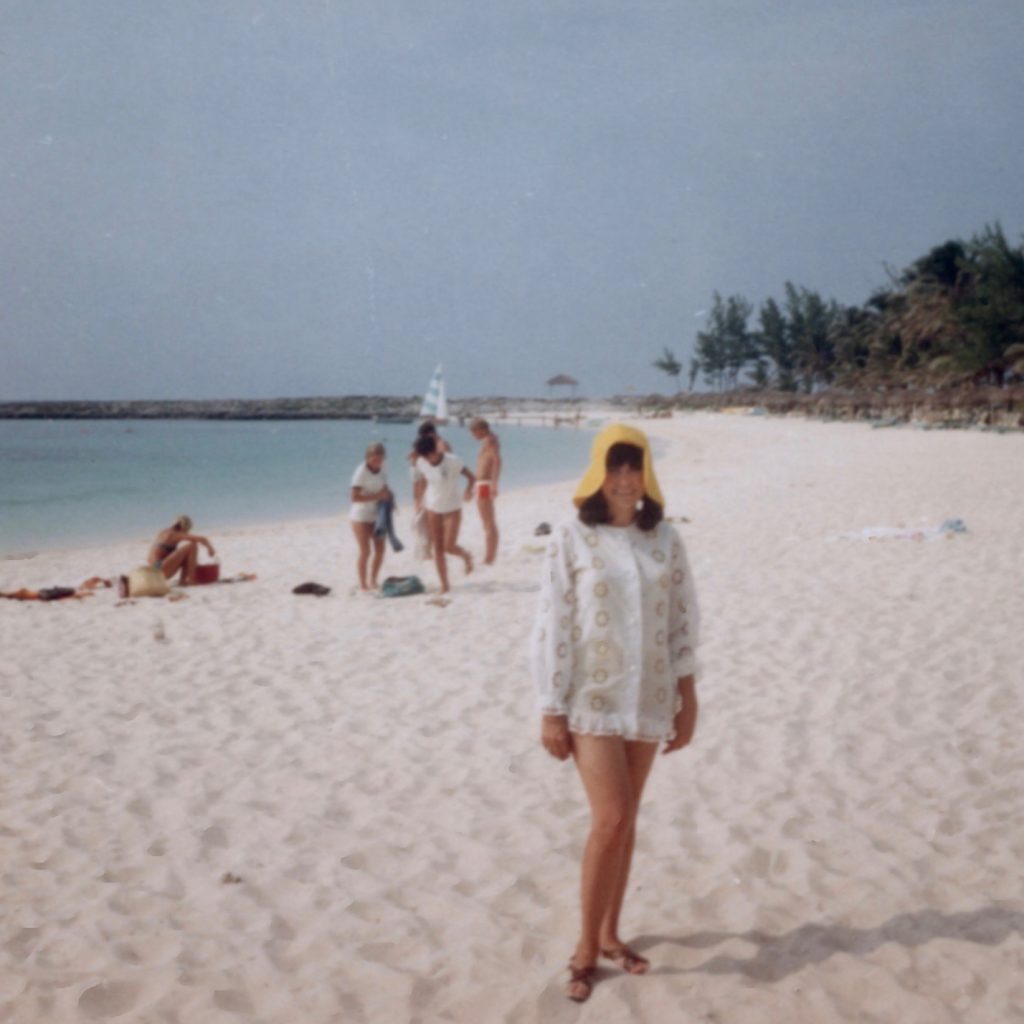 Perhaps that’s just as well. It wouldn’t be the same to go to a nice restaurant rather than the cheaper one where we shared a meal to keep costs down. Or to take cabs instead of riding a motorcycle. Or to sneak onto a beach where we didn’t belong. Or to go into a casino and play one game on a slot machine because we couldn’t afford to lose money.

I’ll always be grateful to my MIL for talking us into what was, back then, a glamorous honeymoon trip rather than spending a few days at a local resort or hotel. While some fifty years later, I don’t remember the specifics of what we saw or did, I do remember feeling very happy and in love. And isn’t that the point of a honeymoon after all?

12 Responses to A Honeymoon Planned by my Mother-in-Law