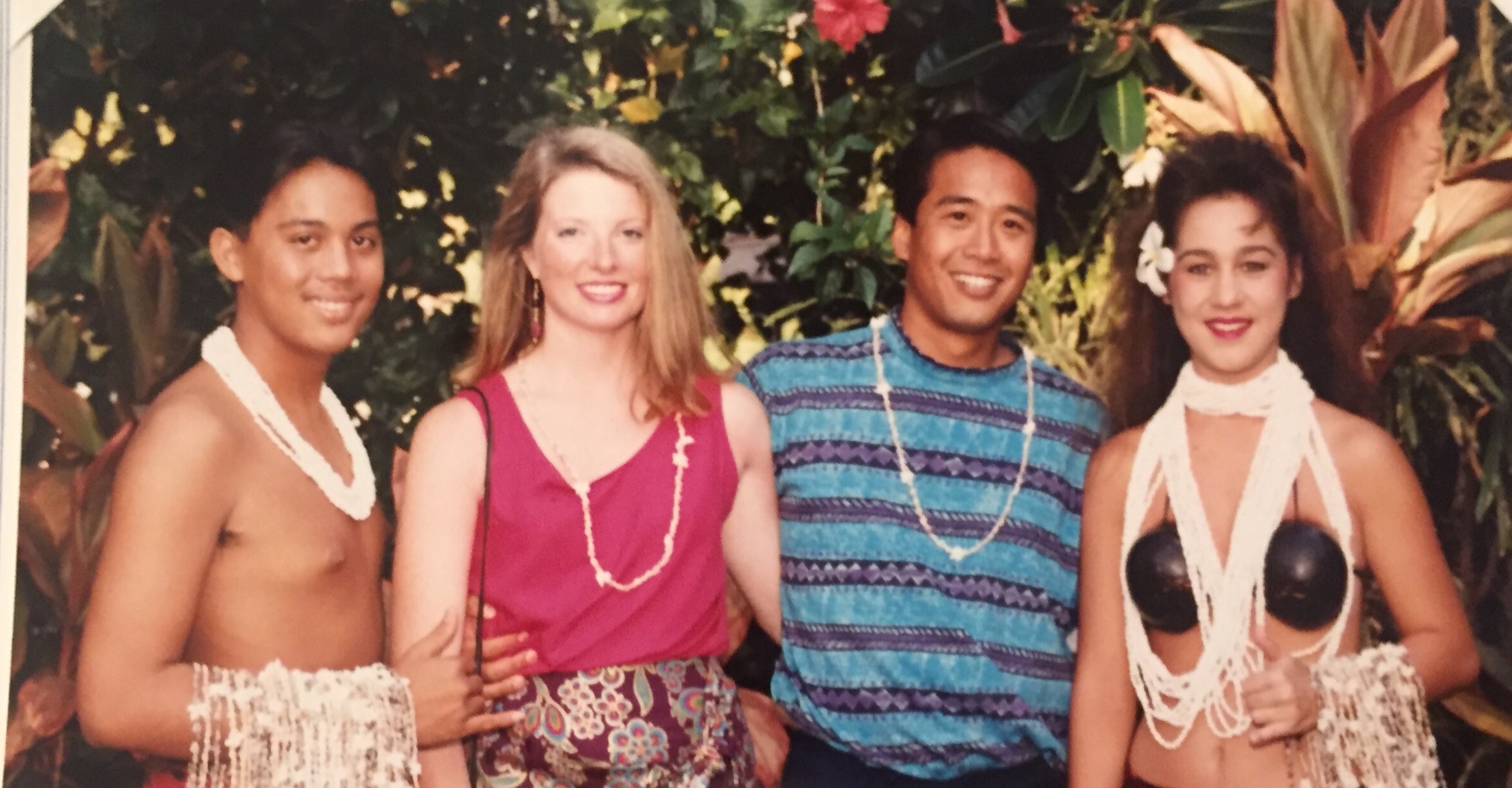 Twenty-six years ago, the newly minted union with my best friend Tony, was celebrated Maui style. Our trip to the Hawaiian island was our first time off the mainland to anywhere. Everything about our June wedding and our Hawaiian honeymoon screamed cliché. “Oh, a June wedding,” people would say with a sigh.

After a series of hula dances and fire twirling, the emcee invited all the newlyweds up on the stage to be congratulated. Half the crowd crammed up to the front for applause and a free hula lesson. Wearing sheepish grins, we swayed out of sync until we were sufficiently embarrassed and rushed off the stage.

The June wedding couldn’t be helped. A family of accountants knocked out April and a superstitious Chinese mother-in-law eliminated May. Our union was doomed if we held our wedding within thirty days of a relative’s passing. June was safe.  Add a Maui honeymoon to the mix and we were a poster bride and groom for an American wedding.

We didn’t care. The experience was for us. Topping our list of Aloha to-dos, going to a Luau. Guests were greeted with a creamy seashell lei and took a commemorative photo with our native hosts. We paraded around a sea of tables to find the best view of the stage while eating dinner. The buffet style menu allowed us to try a little taste of everything Hawaiian in one sitting. I wanted to try poi, a stand-alone dish of light-purple glue-like substance from the Taro root. The slightly sour flavor took me back to kindergarten when kids ate glue for fun. We enjoyed everything else though, particularly the piece de resistance, the whole roasted pig, an apple stuffed in its mouth.

After a series of hula dances and fire twirling, the emcee invited all the newlyweds up on the stage to be congratulated. Half the crowd crammed up to the front for applause and a free hula lesson. Wearing sheepish grins, we swayed out of sync until we were sufficiently embarrassed and rushed off the stage.

Beach time and snorkeling is the quintessential Hawaiian experience, newlywed or not. Even though I could swim pretty well, I was timid around waves and scared to death of all those pretty fish. I wanted them to stay far away, like I was looking at them in an aquarium, even though we were in the same cove of water. I felt much safer holding hands with my husband, Tony, or floating on top of him as we searched the water for exotic fish and giant turtles.  We were a thousand times bigger, but I was skittish by the thought of even a nip at my ankles.

As I got braver, I ventured out on my own, stuffing a bagel in my shorts so I could sprinkle a few bits into the water to lure the fish closer for a better view. (This was before we knew it was bad to feed the fish.) Much to my surprise, fish can sense when food is coming and I was swarmed by a huge silvery school. I flipped up like a bug on its back, waving my arms and legs while I spit out my snorkel to squeal. I swam as fast as I could to the shore, wiki-wiki as the locals say.

Lying on the beach, we snacked on chunks of pineapple and drank lots of POG, Pineapple, Orange and Guava juice. We discovered a better way to eat taro root, potato chip style: golden brown with purple veins. Delicious! At the hotel bar, we sipped umbrella drinks at sunset: piña coladas and Mai Tais. Fresh fish dinners never grew old whether we dined at white table cloth restaurants or sticky picnic tables next to a rickety fish shack.  We were finding our Hawaiian groove.

On our last night, tanned and relaxed, we walked hand-in-hand along the beach, our footprints washing away behind us. The full moon cast a soft light that danced on the sparkling waves. It was like a scene out of a Hollywood movie, a little cliché, like our June wedding and Hawaiian honeymoon. It was perfect. 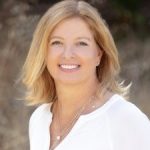 Francie Low
Francie Low loves sharing a laugh or tear through published personal essays, award winning blog posts and her first book "Alive And Fixable". Some of her work is on HuffPo, Literary Mama and featured posts on BlogHer. She's aired on the San Francisco Bay Area NPR station twice for their listener commentary, With A Perspective and performed in Listen To Your Mother, a live-storytelling event.
"Alive And Fixable" is a memoir about the fifteen months Francie spent with her husband getting him back on a bike after a terrible, terrible cycling accident in 2010. Early reviews say the book is inspiring, moving and surprisingly funny. The book was born out of the updates she shared on caringbridge.org, giving her the escape to rise above a traumatic time and discover she could write.