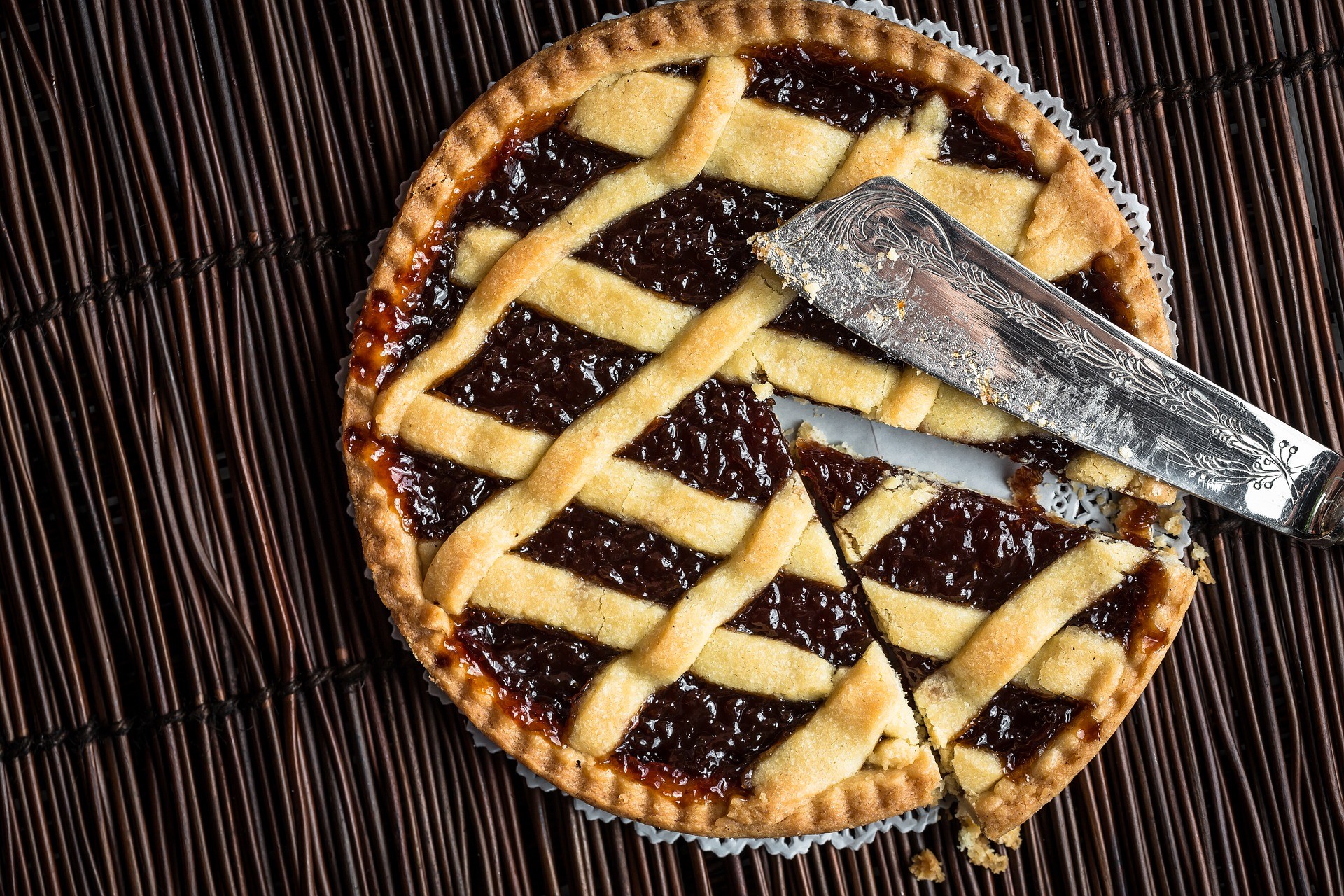 Mealtimes in my family changed with the years. When I was a small child, Jeffrey, the neighbor boy, and I would come home from school for lunch every day, alternating between our houses. His family’s housekeeper, Panchita, made the best French toast. For dinner, my brother Allan and I ate at a tiny, bright red enamel table in the kitchen. My father worked late and believed that kids shouldn’t be at the table unless they “behaved.” I think this attitude didn’t come out of strictness or lack of love, but exhaustion and the need for quiet on his part.

A pie in the hand is worth the fond memory.

By the time I turned seven, I was deemed old enough to eat with my parents in the dining room (Allan, being just three, had to wait a few more years). I did more listening than talking, although as I got older (and Allan joined us), dinner became more interactive. My mother was a really good cook, but Allan was a picky eater, but the rule was we ate what was served. The only exception was liver, which my dad hated. And naturally, we asked to be excused from the table. In my teens, I remember my dad doing a portion of the cleaning up, which might have been unusual for the time.

As a young single adult, mealtimes became more chaotic and ad hoc. For most of my 20s and 30s, I went to the gym after work, and dinner consisted of salad and yogurt. In the early 2000s, when I met Dick, I discovered he was into home-cooked dinners, big time. For years, he did most of the cooking, we ate at the table, and then I did the cleaning up. Since I’m not much of a cook, that was fine with me. Now, because of Dick’s mobility issues, I do nearly all the cooking, too. While this isn’t my favorite activity, there is something to be said for simply sitting down to dinner together.

However, my all-time favorite memory of a mealtime comes from my early teens, when my grandmother lived with us. We had moved to a larger home, where the five of us could eat at a round, white table in the kitchen. My grandmother’s command of English was limited, so she often spoke to all of us in Yiddish (oh, how I wish now that I’d made the effort to answer in Yiddish), which my mother spoke fluently.

We were at the end of the meal, getting ready for dessert, and my mother brought a blueberry pie to the table and was cutting it into slices, during which she was having an animated discussion, a borderline argument, in Yiddish, with my grandmother. I understood quite a bit at the the time, but I have no recollection of what the discussion was about.

My grandmother extended her hand to make a point, and my mother, without any idea she was doing it, plopped a slice a blueberry pie directly onto my grandmother’s open palm. Everything stopped, we all looked, and then promptly exploded with laughter, the argument forgotten. A most pleasant ending to that meal.