Prompted By Feathering Our Nests
14 comments. 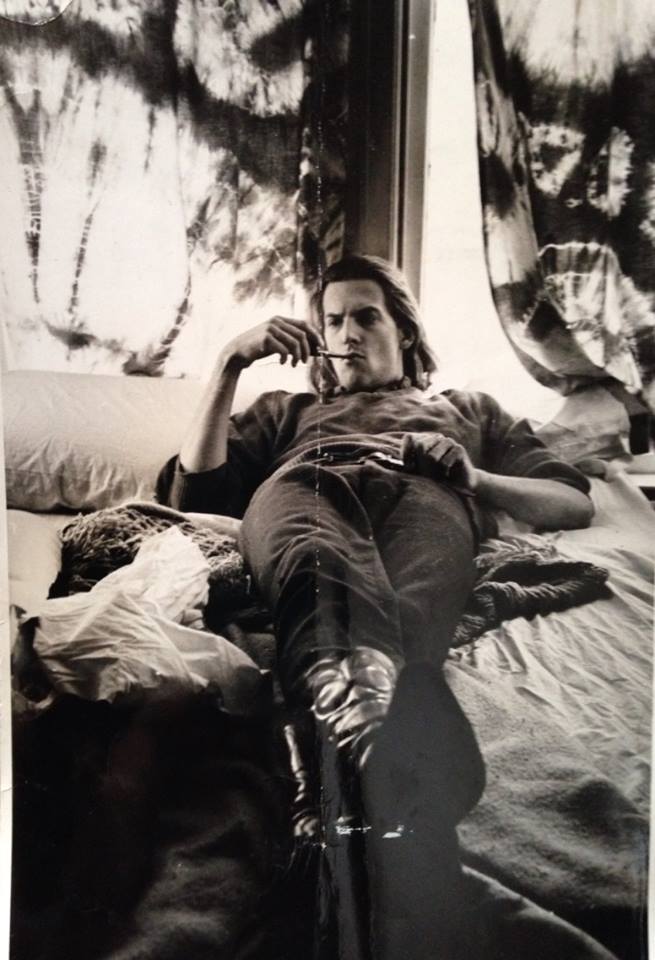 A new year. The Troupe began to gear up for the coming season. Life would resume its frenetic pace. Driving back and forth over the Bay Bridge was impossible. I needed a place in the city. Erroll told me there was room in a Digger household above Market and Castro. That suited me fine. The room was on the third floor of an old frame house built room by room up the hillside. I borrowed my cousin’s crooked VW bus, grabbed my clothes, guitar, and the pinewood trunk that held my personal belongings, and set out to build a home base.

Sometimes, feathering your own nest nearly thrusts you into the next nest over.

I unpacked everything I could hang in the closet. I set up a lamp on an upright orange crate by the box spring and mattress. I tacked up political posters from antiwar demos and a portrait of Che Guevara with a quote: “At the risk of sounding ridiculous, the true revolutionary is guided by great feelings of love.”

I made the bed with sheets and a quilt my cousin gave me and unzipped my down bag. I closed the door and settled onto the bed feeling lonely but relaxed. The lamp cast a low, warm light on the room, largely bare but clean. The upper floors lay quiet, the traffic whooshed blocks below at 18th and Castro. Muffled by the fog, a trolley rang on Market Street.

Murmurs and muffled laughter wafted upstairs from a small group of people including Erroll and his girlfriend. I’d passed them coming in. Erroll had introduced me with grins, friendly nods, and a “Hey, brother” but nobody rose. He helped me haul the trunk up the stairs, opened the door to the room. “All yours, man,” he said. “Knock yourself out.”

Two floors down, the front door opened and slammed shut several times. Lively words interspersed with laughter, loud chatter, and a final slam. Heavy shoes clumped up the stairs. I recognized Erroll’s clear voice and bawdy laugh. He and Rebecca talked for a while. Rebecca’s soft laughter cooed around his declaratives, a woodwind to his French horn.

I woke to a second movement. They built to a crescendo that prompted me to consider intervening to save a life, but I wasn’t sure whose life I would be saving. The wave subsided and I slipped back into sleep. At dawn, they began the third movement of their duet, complete with its own ode to joy. Maybe I’ ll get used to it, I thought.

Close enough for jazz or reality. Excerpted from Rocked in Time, Vol III of a new resistance trilogy. Out October 18…

14 Responses to An Ode to Joy