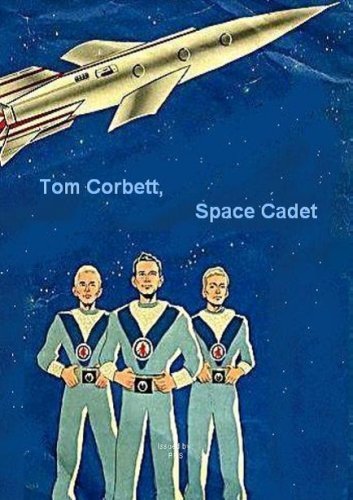 One day in fourth grade, our art teacher passed out crayons and asked us to draw a picture of the most beautiful thing we could imagine.

Only now does the sheer phallic audacity of that picture make me chuckle.

I started with a verdant forest beside a lush green meadow. Above it I added a blue sky, wispy white clouds, and a yellow sun. And in the middle of the meadow, I placed a sleek, gleaming, silver rocket ship, pointed skyward and bearing an American flag.

It was 1960. The space race was in high gear. The Russians had launched two Sputnik satellites in 1957 and the U.S. was trying desperately to catch up. Both countries were rushing to put astronauts in orbit. The excitement captured my nine-year-old imagination. I had even abandoned my beloved Hardy Boys books to pursue Tom Corbett, Space Cadet.

Only now does the sheer phallic audacity of that picture make me chuckle.

The art teacher, roaming the classroom, finally stopped behind my desk. “Is that really the most beautiful thing you can think of?” she sniffed.

I got the message. Since that day my artistic endeavors have been limited to doodles and scribbles. And my brilliant career as a rocket artist was snuffed out before it began.

An edited version of this story was published in The Sun magazine, June 2004.