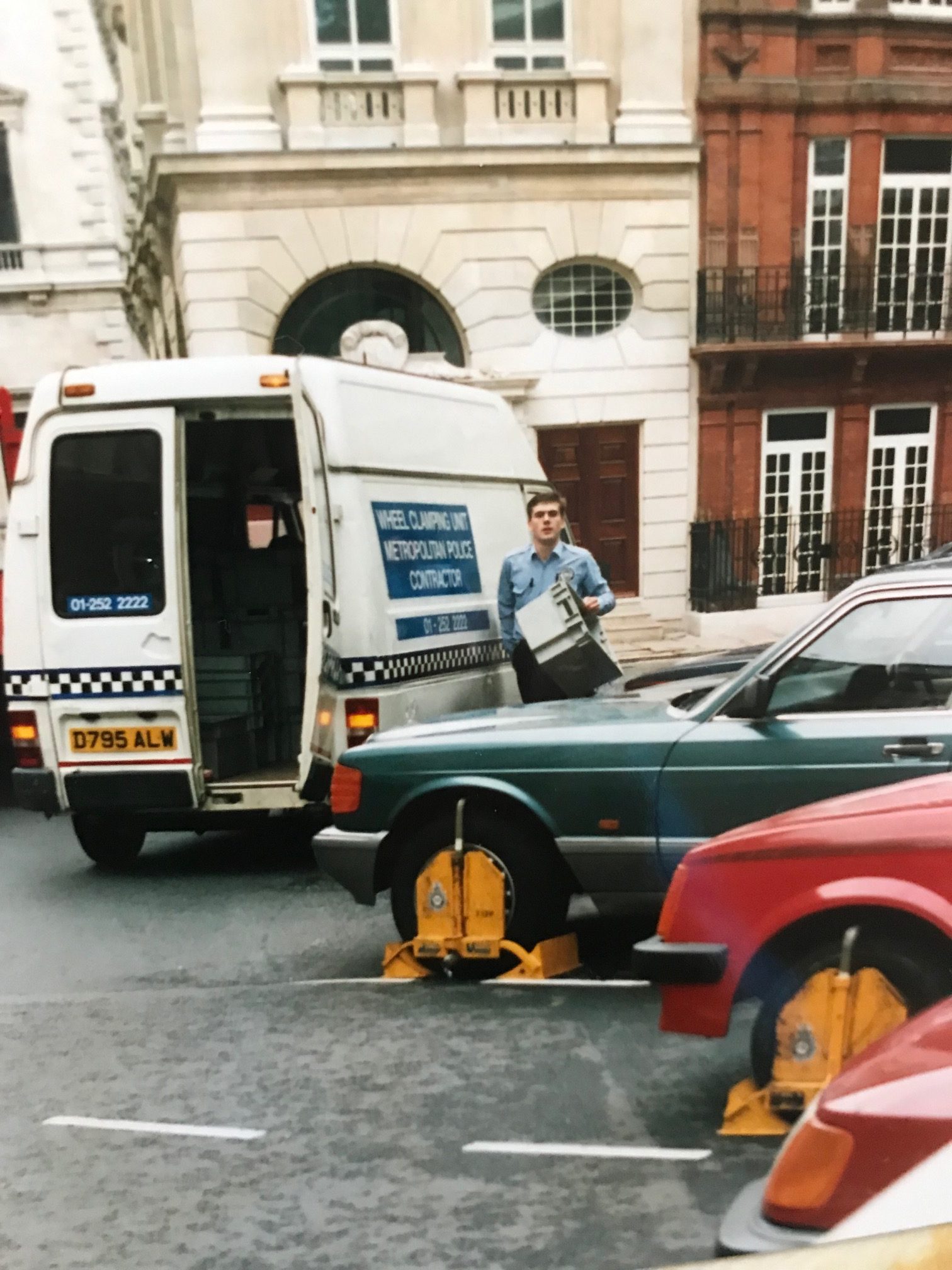 1989: the year of Khati and Sally’s excellent adventure–the sabbatical, the three-month “Africa on a Shoestring” trip, the collapse of the Soviet Union, the “Pretty Big One” California earthquake.  The stopover in England.

The traffic going into London for the morning commute is insane.  The roads in London are impossible (and no GPS then).  Finding the cute little hotel in the Bloomsbury District would have been a challenge if we were awake and oriented; we were not.

The consolidator’s airline ticket (do they even have those open-ended gems any more?) got us first to England.  Great idea.  Layover for a few days, see London, and drive around southern England before the long plane ride south to Botswana.   The red-eye from San Francisco arrived just as morning broke, so we could make the most of the day.  Ha ha.

Subsequent note to self:  it may be morning, but your brain is still at O dark hundred.   Further note:  they drive on the left side of the road.  It takes a village chanting, “left, left, left” at every turn to avoid disaster.  Further: the traffic going into London for the morning commute is insane.  The roads in London are impossible (and no GPS then).  Finding the cute little hotel in the Bloomsbury District would have been a challenge if we were awake and oriented; we were not. 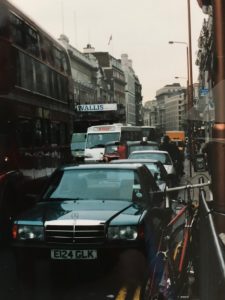 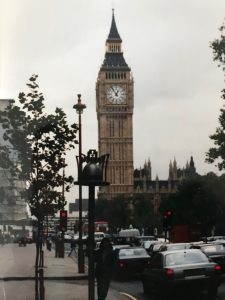 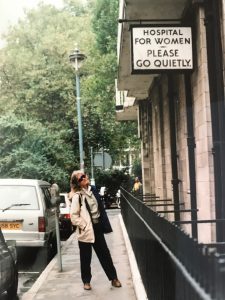 It was clear there would be no on-street parking, and no hotel parking.  Infractions would likely earn the car “the boot”, which we observed in action as we fruitlessly maneuvered the tiny streets.  Urban parking design was lacking—no lots thoughtfully tucked under plazas or pedestrian malls, and streets were jammed. Finally, salvation.  Before us, not too far from our hotel, arose a car park.  We didn’t care what it cost.  We found a spot, deposited the car, and didn’t go near it until we ransomed it a few days later to head out of town. 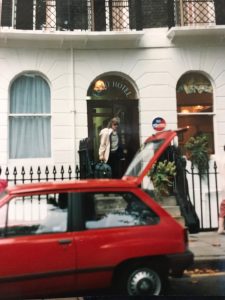 Leaving the hotel in our ransomed car

Another note to self:  don’t even think of driving or parking in London. Just one of oh, so many lessons learned.

(PS: In searching for old pictures, I found one with the famous Turkish haircut at the end of the trip, and added it to the “Haircut in Istanbul” story, for those seeking amusement.)

26 Responses to Avoiding the Boot